Sherry Laskey stands near land she bought in a north Tulsa neighborhood. Laskey is hoping to turn the empty lot into a profitable community garden that provides healthy food for the area. 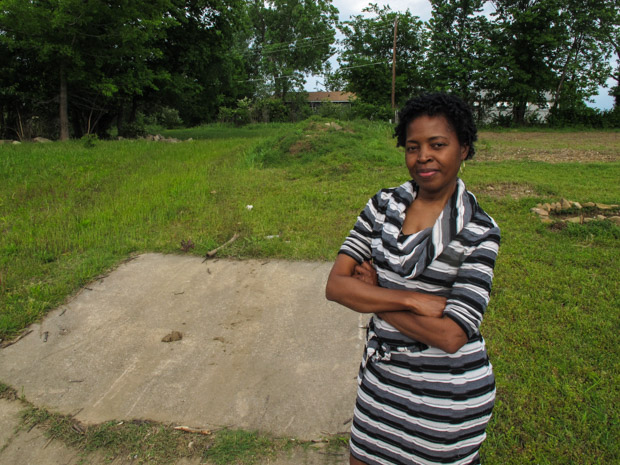 Sherry Laskey stands near land she bought in a north Tulsa neighborhood. Laskey is hoping to turn the empty lot into a profitable community garden that provides healthy food for the area.

Low-income areas of rural Oklahoma are blotched with food deserts, where fresh, healthy food options are scarce. It’s a problem in cities, too, but entrepreneurs, educators and legislators say newly signed legislation could help fill grocery gaps with community gardens.

School just let out at Walt Whitman Elementary in north Tulsa and a group of third and fifth graders is eager to brag about the garden they helped plant on a hillside behind the school.

Thomas Boxley, an outreach liaison at the University of Oklahoma’s Wayman Tisdale Specialty Clinic who runs the school’s garden project, asks the kids about the coming bounty. “What are you all growing this year?”

“All kinds of fruits and vegetables,” one replied. “And, um, …basils?”

For many Whitman students, fresh, healthy foods are hard to come by. This school, and the poor, mostly black neighborhoods that surround it, are located within an urban food desert, a government classification for a low-income area without a grocery store offering fresh meat and produce.

Boxley says most of the students are eligible for free or reduced school lunches.

“And with the recent closing of a grocery store that is about, oh, approximately three-and-a-half miles from where we stand now, the options have even become more limited,” he says. “That is an important piece to this as well, to show the youth that you can begin to grow some of your food needs right in your backyard.”

Boxley’s motivation is to teach kids about where food comes from, the economics of agriculture, and the importance of eating healthy. Sherry Laskey’s goal is different: She wants to make money from some land that backs up to her modest house in the impoverished neighborhood.

“I had an opportunity to just purchase these two lots, and I bought them,” she says.

That land, for now, is just a patch of tilled soil, but Laskey is hoping the garden grows into a successful business that could be a permanent source of fruits and vegetables — a rarity for the north Tulsa neighborhood, which has a lot of places to buy snacks and junk food, but few outlets for healthy food.

“We call them hood stores,” she says. “Those are the people who will accept food stamps, and they’ll charge, like, three dollars, four, five dollars for a gallon of milk. And people will pay it because you don’t have anywhere to shop.”

Laskey is trying to fill a need for a struggling area, and it’s not cost-free. She had to buy the empty lots and gardening equipment. She hired local people to help with some of the labor, but Laskey does most of the work herself. 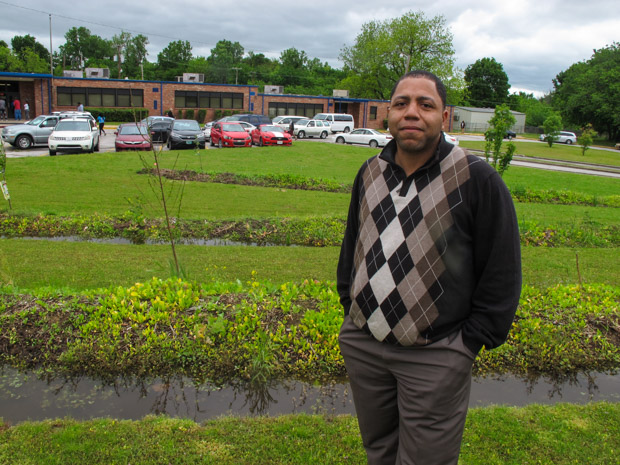 Thomas Boxley runs the school garden project at Walt Whitman Elementary, where he teaches children about healthy good by helping them grow their own food.

Gov. Mary Fallin this week signed into law the Urban Gardens Act. The law was created through Senate Bill 749, one of the only Democratic bills to survive the 2017 legislative session. The bill’s author, Sen. Kevin Matthews, says the measure creates a fund that can accept donations from individuals and businesses, as well as federal or state money available to address food deserts.

“In my district, at one time, people lived 14 years less than they did in the rest of the city,” Matthews says. “And now, we’ve made some improvement, but they still live 11 years less.”

Matthews says healthy food will go a long way to closing that gap. Thomas Boxley welcomes the help. The garden is relatively new, but he’s already seen the impact it’s had on young Tulsans.

“When you get them outside and let them get their hands in the dirt, it just kind of seems to be a stress reliever and a means by which to burn energy,” he says.