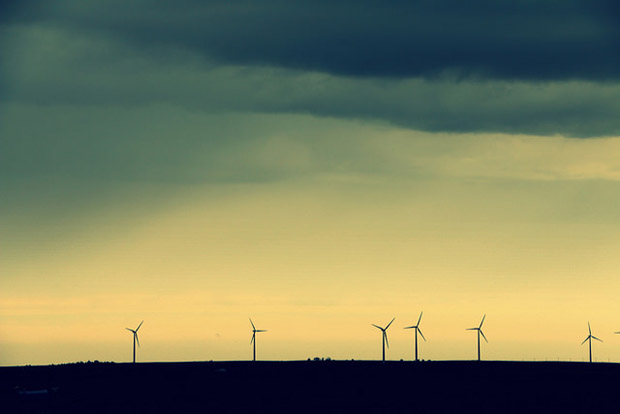 Fallin praised the wind industry’s growth in a statement that accompanied the signing of House Bill 2298, which requires wind farms to be operational by July to qualify for the state’s Zero Emission Tax Credit. The tax credit, Fallin said, was instrumental in establishing the wind industry in Oklahoma, which now ranks No. 3 in the nation for installed wind power capacity.

“I’m grateful to the industry for their ambitious successes, as well as their willingness to work with the state to address our challenging budgetary circumstances,” she said.

“It is time to ensure that Oklahoma has a bright future, and continues its position as a prominent energy state,” Fallin said.

The cost of state incentives grew as wind farm construction boomed across the state. In recent years, support for the wind industry dwindled as state lawmakers struggled with revenue streams diminished by tax cuts and slumping oil prices.

Fallin called on lawmakers to end the tax credit in her 2017 budget proposal. Supporters say ending the tax credit was prudent given the state’s $870 million budget hole, and could save the state $500 million over the next decade — money, they said, that would help pay for schools and public safety.

Some wind companies say ending the tax credit more than three years early hurts those that counted on the credit for new turbine projects that are already under construction, but won’t be operational by July. One such project, the Rock Falls wind farm in northern Oklahoma’s Grant and Kay counties, stands to lose millions of dollars, said Virinder Singh, director of regulatory and legislative affairs for EDF Renewable Energy.

“We’re respectful of the state’s fiscal challenges,” Singh told StateImpact. “In this case, the policymakers have overshot and came up with a deadline that clearly sends a message that can’t be walked back to financiers of all kinds looking at Oklahoma for further business investment.”

Wind companies also complained that in ending the tax credit early, legislators broke a promise to keep the incentive in exchange for the industry’s cooperation in eliminating other wind subsidies.