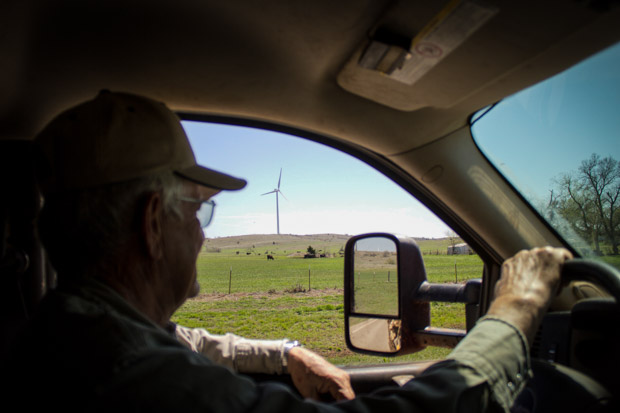 Bob Kerr on his ranch near Carnegie, Okla., which is flanked by turbines from the Blue Canyon Wind Farm.

One major tax incentive for wind energy remains on the books in Oklahoma. And the Legislature is poised to end it — more than three years early. The politics of renewable energy have changed as state revenues have failed, but some wind producers say lawmakers are reneging on a deal that sends a bad message to any industry considering investing in Oklahoma.

Oklahoma’s wind industry has grown year after year. With 3,400 turbines spread across 41 wind farm projects, the state ranks No. 3 in the nation in the American Wind Energy Association’s report on wind power capacity.

As wind farm construction boomed, however, the cost of state incentives written to support the once-fledgling industry ballooned. The industry’s political capital has faded among lawmakers struggling to shore up revenue streams weakened by tax cuts and low oil prices.

It has been a rough political year for Oklahoma’s wind industry. Gov. Mary Fallin kicked off the 2017 legislative session with a state budget proposal that called for a brand new tax on wind-generated electricity, an idea supported by influential Oklahoma oil billionaire and Continental Resources CEO Harold Hamm.

Weeks later, former Oklahoma governor Frank Keating chimed in, too. In an op-ed published in the Tulsa World, Keating, a Republican who served from 1995 to 2003, apologized for signing legislation that created the half-cent Zero Emission Tax credit used primarily by the wind industry.

“I felt if we could get manufacturing jobs here, the wind blows strongly in Oklahoma. And, you know, farmers and ranchers wanted this, I thought that was a good deal for the state,” Keating told StateImpact.

But that deal, Keating says, turned out to be a bad one for Oklahoma. Keating serves as a legal counsel for the Oklahoma Property Rights Association, a group formed by Claremore real estate developer Frank Robson to fight wind farm development. A related wind industry opposition group, Wind Waste, helped Keating write the newspaper column, in which Keating lamented his part in signing off on a measure that evolved into an unaffordable “scam” that created relatively few jobs.

“We have nearly a billion dollar shortfall in the budget,” Keating said in an interview. “We desperately need more money in the classroom. So what do we do? Go to the people who are getting a lot of benefit for a little contribution to the state.” 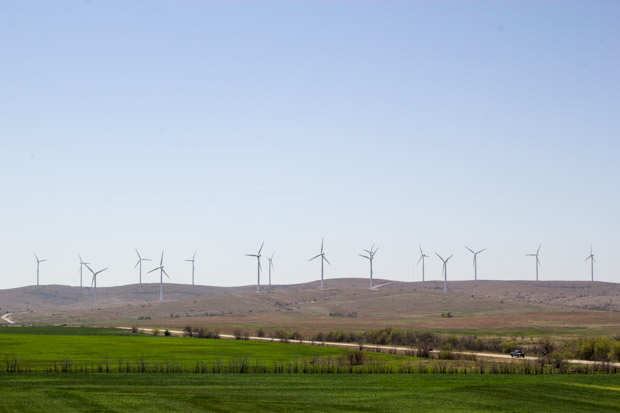 A state commission charged with evaluating state incentives found the cost of the Zero Emission Tax Credit has soared: From $2.7 million in 2005 to more than $113 million in 2014. With no cap and payments that can continue for up to 10 years, the commission recommended lawmakers limit payouts or limit the amount of time developers are eligible to receive credits under the program.

The tax credit was transferable until 2014, when lawmakers passed legislation making it refundable at 85 percent value

A new tax on wind-generated electricity, as promoted by Fallin, could only be created through a measure approved by a legislative supermajority and appears to have little support in the 2017 Legislature. Republican legislators in both chambers seem most interested in ending the tax credit before its 2021 expiration date.

House Bill 2298, which has the support of Republicans and leadership, would move the deadline ahead more than three years — to July 1, 2017.

Vanessa Tutos of EDP Renewables, which operates wind farms throughout Oklahoma, says the company has “passed the point of no return” on a the new Redbed Plains wind farm in southwestern Oklahoma’s Grady County.

EDP counted on the state tax credit when it started construction on the 48-turbine, 99-megawatt project, but Tudos says there’s no way the wind farm will be up and running by the July 1 deadline lawmakers are considering.

“Construction has commenced and so it’s going full steam ahead with or without the tax credit,” she says. “The problem is the ink is dry on the contract and we can’t renegotiate it.” 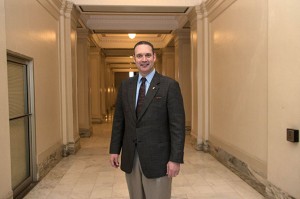 “Most of the industry players agreed to that,” McCall says. “It meant a savings of anywhere between $200 to $500 million over the course of the 10 years of that of that tax credit.”

Tutos, with EDP, says the wind industry already compromised with Oklahoma lawmakers — two years ago. In 2015, Fallin signed legislation paving the way for tougher wind farm siting regulations and early sunsetting of two other wind incentives. One was a local property tax exemption that was very popular among wind companies. Budget leaders said nixing it likely saved the state $500 million dollars over 10 years.

Wind companies went along with the plan because lawmakers promised to preserve the Zero Emission Tax Credit now in the Legislature’s crosshairs. Legislative leaders at the time acknowledged the industry’s willingness to work with lawmakers to reach an agreement.

“It’s frustrating frankly,” Tutos says. “Having just in 2015 agreed that the Zero Emissions Tax Credit would be untouched. Now we’re negotiating not just to end it early, but so much earlier and in such a way that, again, it affects projects where the investment has already been made.”

Singh and Tutos both say moving the proposed deadline back six months — to December 2017 — would mean their companies’ projects can claim the tax credit that was in place when construction contracts were signed.

“We’re respectful of the state’s fiscal challenges,” Singh says. “But when the deadline happens is crucial. In this case, the policymakers have overshot and come up with a deadline that clearly sends a message that can’t be walked back to financiers of all kinds looking at Oklahoma for further business investment.”

For years, Oklahoma offered some of the most competitive state-level incentives for wind developers, Tutos says. Even if the state exits the incentive game, she says Oklahoma’s abundant wind will likely remain a magnet for new turbine projects.

But, if HB 2298 passes, Tutos says lawmakers are effectively issuing a warning to any industry considering new investment in Oklahoma: Don’t expect the Legislature to hold up its end of any deal.

“A signal is sent,” Tutos says. “The rules can be changed mid-game.”