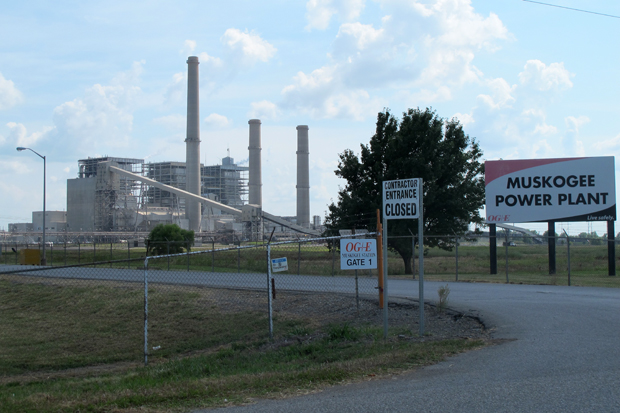 President Donald Trump on Tuesday signed an executive order to roll back many Obama-era rules meant to combat climate change. Politico’s Alex Guillén reports many of the directives in the order are geared toward making it easier to produce coal used for power generation:

Trump plans to order the EPA to rewrite tough rules that make it virtually impossible to build a new coal-fired power plant, and he will tell the Interior Department to end Obama’s moratorium on new coal mines on federal lands, among other steps, White House officials said.

Guillén goes on to call the executive order a “sweeping directive telling agencies to stop trying to reduce the carbon pollution of electric utilities, oil and gas drillers and coal miners.”

But officials with Oklahoma’s largest electric utilities say it likely won’t have a big impact on their future electricity generation plans.

“For PSO, the executive order — we do not expect it to have any effect on our current power supply plans,” Stan Whiteford with Public Service Company of Oklahoma says. “We’ll continue to do what’s necessary to provide our customers economic, reliable, and environmentally responsible power supplies focusing really on Oklahoma natural gas, wind and solar, along with some coal for the next several years.”

Whiteford says PSO has already retired one of its coal-fired power generation units at its Oolagah plant, and installed air scrubbers on the remaining coal unit there. He says that was done to comply with other U.S. Environmental Protection Agency rules. He says coal isn’t as economically viable as it was in the past.

“We are somewhat less dependent on coal, and a lot of the reason for that is because of the underlying market realities that continue to affect coal,” Whiteford says. “Natural gas is relatively inexpensive and plentiful nowadays, and there’s also increasingly economically advantageous renewable resources that continue to impact the comparable costs.”

Oklahoma Gas & Electric, the state’s largest electric utility, is also in the process of moving away from coal to comply with previously proposed EPA rules. The utility company has no plans to change its power generation mix because of Tuesday’s executive order.