Former Oklahoma Attorney General Drew Edmondson at the 'No on 777' watch party at Aloft Hotel in Oklahoma City. 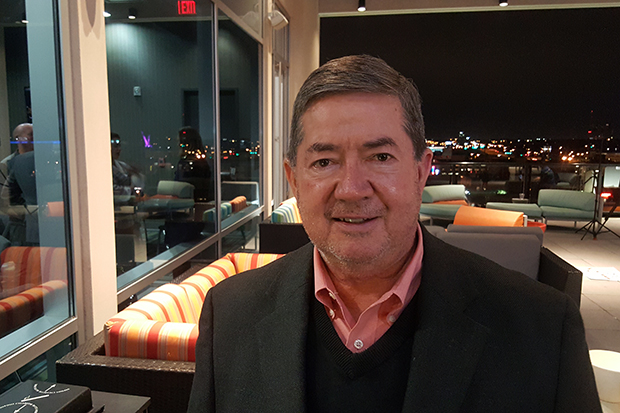 Former Oklahoma Attorney General Drew Edmondson at the 'No on 777' watch party at Aloft Hotel in Oklahoma City.

Oklahoma voters on Tuesday rejected State Question 777 — known by supporters as the right-to-farm amendment. The final vote was 60-40 against the measure, which would’ve elevated farming and ranching to a constitutional right.

The ‘Yes on 777’ coalition raised more money, earlier, and polling showed a race in flux weeks before the vote. Even former Oklahoma Attorney General Drew Edmondson, one of the strongest voices against the ballot question, admitted he was surprised the measure was voted down by such a large margin.

“I was very pleasantly surprised that undecideds broke our way and we had a significant, textbook landslide victory,” Edmondson said from the ‘No on 777’ watch party after the result was clear. “It was huge, and we appreciate the voters taking a look at it and casting a very smart vote.”

Edmondson says the Oklahoma Stewardship Council — one of the coalitions pushing against State Question 777 — had an uphill climb to educate the public about the dangers of right-to-farm, but was able to convince Oklahoma Voters to reject it.

The proposed state question would have added language to the state constitution designed to prevent lawmakers from enacting legislation limiting agricultural technology, livestock production or ranching practices absent a compelling state interest. Had voters approved 777, Oklahoma would have been the third state to adopt such agricultural protections, behind Missouri and North Dakota.

The measure received vocal support from individual farmers and industry groups, and raised more than $1.3 million in donations through September, state campaign data show. Opponents, however, had nearly closed the 2016 fundraising gap in the weeks before Election Day.

Oklahoma Farm Bureau President Tom Buchanan, a leading organizer in favor of 777, says despite the loss, the fight to protect farmers from over-regulation will continue.

“It’s not the end of right-to-farm,” Buchanan said from a watch party in Oklahoma City. “We’re gonna be here forever. We’re gonna keep doing this. We are the backbone of Oklahoma. We are your neighbors. We’ll be here.”