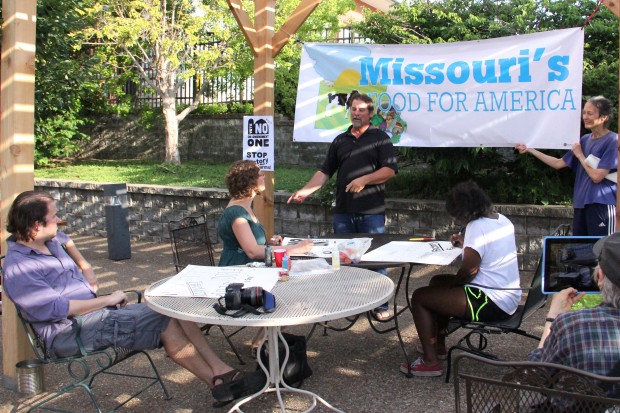 Oklahoma could become the third state to add a “right-to-farm” amendment to its constitution if voters approve State Question 777 this November. Voters in North Dakota and Missouri already adopted such a measure, but, the effects remain unclear there, even years after passage.

North Dakota was the right-to-farm guinea pig. It was the first state to elevate farming and ranching to a constitutional right. And the 2012 vote there wasn’t even close: The measure passed by a  2-to-1 margin. In the four years since the amendment was approved,  not much has happened with right-to-farm in North Dakota.

“It hasn’t been tried in the court system up here yet,” Jeffrey Missling, vice president and CEO of the North Dakota Farm Bureau, says.

Missling says his state’s legislature hasn’t passed any laws that conflict with the right-to-farm amendment. The North Dakota amendment was easily adopted because farmers and ranchers worried about laws and regulations pushed by outside animal rights groups, like the Humane Society of the U.S. — a concern that agricultural producers in Oklahoma echo, too. Missling says that hasn’t happened yet in North Dakota, and he hopes the state’s amendment never has to be invoked

“We saw them come into Arizona and California and Colorado and beyond and wreak havoc on their ag industries,” Missling says. “And we didn’t want to take that chance anymore. We wanted something cemented in our state constitution.”

Missling is talking about measures restricting gestation crates, mandates on the size of chicken cages, and other efforts pushed by animal-rights organizations.

Missling says legislators from across the country have contacted him to learn more about right-to-farm and how to get it passed. Nebraska and Indiana have flirted with right-to-farm, but so far Missouri is the only other state that has it.

Like in North Dakota, the Missouri Legislature hasn’t passed any bills that run afoul of right-to-farm since its passage in 2014. But Kristofor Husted, a reporter for Harvest Public Media in Missouri, says individuals in the Show Me State are using it in creative ways.

“The majority of the times it’s been invoked in court is for marijuana farm operations,” Husted says. “So people who have been caught growing anywhere between a couple of plants and a couple of hundred plants have tried to use this argument to defend why they are growing marijuana.”

That’s a novel approach by defense attorneys to get their clients out of trouble for growing weed, but Husted says it hasn’t worked.

“That has been shot down every time in court,” he says.

In another case, a man was raising chickens within city limits. He argued his right to farm trumps local zoning ordinances. Husted says that effort didn’t pan out either.

The chicken-raising case prompts some questions: What if the person kept 25, or 100, or 1,000 chickens? If the chickens were an important part of his livelihood, would the right-to-farm defense have worked? Husted thinks we might one day know.

“For now it’s only been smaller operations or obviously marijuana operations, but nothing larger corporate-wise has used this yet. But that is still the fear with a lot of these smaller farmers, environmental groups, animal rights activists, etcetera,” Husted says.

Up to the courts

Opponents of right-to-farm argue its passage will lead to an influx of foreign-owned corporate farms that don’t care about local people or the environment. They also say concentrated animal feeding operations, or CAFOs, will proliferate. In Missouri, the number of  foreign-owned farms and CAFOs has increased since the right-to-farm amendment was adopted, but it’s impossible to directly link those larger trends to the amendment, because they were already happening.

Missouri farmer and former legislator Wes Shoemyer was one of the leaders in the fight against Missouri’s amendment. He acknowledges a direct link is hard to prove, but he says he predicted one thing correctly: right-to-farm’s application will be decided by the courts.

“You’re going to throw these decisions in front of a judge. And many times, these judges have no idea, and there’s hardly any voice on the side of family farm agriculture in that courtroom,” Shoemyer says.

Husted, the reporter, and Shoemyer both say that toward the end of the campaign, the ‘no’ side was gaining steam in Missouri. They both think if the vote had happened a few weeks later, right-to-farm likely would have failed.