Farmers Wayne and Fred Schmedt watch a combine harvest wheat on their fields near Altus, Okla. 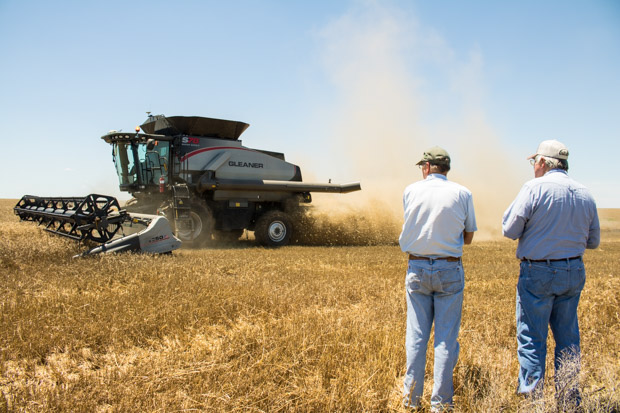 Farmers Wayne and Fred Schmedt watch a combine harvest wheat on their fields near Altus, Okla.

Oklahoma voters will decide in November whether to change the state constitution with new language protecting the agriculture industry.

Individuals, businesses and organizations are spending big money to influence how Oklahomans vote on SQ 777. The ballot question would change the state constitution, adding language blocking new laws restricting agricultural technology, livestock production and ranching practices unless there’s a “compelling state interest” to do so. 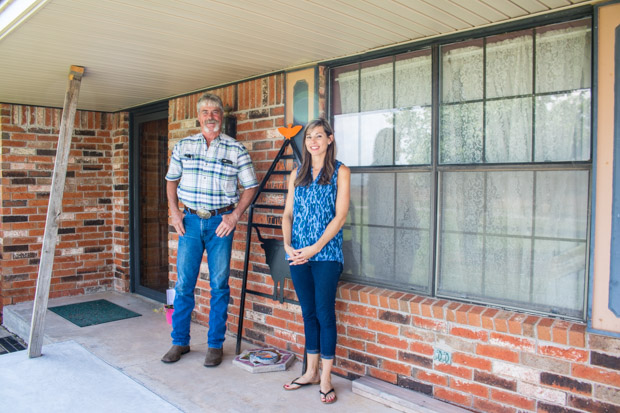 Dennis Von Tungeln and his daughter, Amanda Rosholt, at a family home near Calumet, Okla. Von Tungeln wrote a $500 check to a political committee backing a 'yes' vote on State Question 777.

David Von Tungeln is a farmer, rancher and veterinarian who lives near the town of Calumet. He echoes a sentiment common among SQ 777 supporters: The ballot question isn’t about farmers, it concerns food for everyone.

Von Tungeln has talked to a lot of his fellow farmers about the state question. He says owners of larger operations were the first to support SQ 777, but he says the state question would benefit small-scale farmers, too.

“Someone that’s growing for the farmers market on Saturday morning, well new regulations might just put them out of business,” he says.

Von Tungeln wrote a $500 check to Oklahoma Farmers Care, a political committee formed to urge Oklahomans to vote ‘yes’ on SQ 777. The check Von Tungeln wrote is one drop in a very full bucket. Farmers from all four corners of the state are making donations to push for a ‘yes’ vote on SQ 777.

Those smaller donations have been amplified by large sums given by agriculture businesses and farm organizations. Scores of county-based Farm Bureaus across the state are writing $5,000 and $10,000-dollar checks. The state Farm Bureau has given about $71,412, state campaign finance data show.

The Oklahoma Pork Council — which in full disclosure, has financially supported StateImpact — tops the list with $192,363 in donations supporting a ‘yes’ vote. 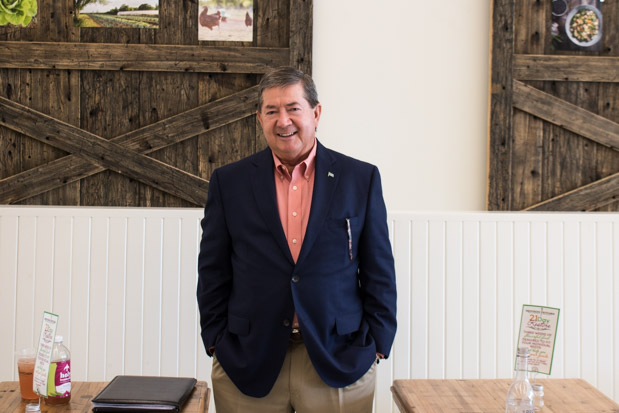 “We don’t need this,” he says. ” The biggest threat to the family farm today is those huge operations. They’re going to put the family farmer out of business.”

The ‘no’ coalition has received $176,030 from social welfare group Oklahoma Rising and $40,568 from the Humane Society of the United States. But state campaign finance data show that Edmondson’s Stewardship Council and another committee, Oklahoma Food Farm and Family, have, so far, been out-fundraised — handily.

“I expect the ‘yes’ side will spend more than the ‘no’ side, but we have a lot of organizational support I hope will offset that,” he says.

Edmondson makes an important point: State campaign finance records show spending on political committees organized to campaign for specific issues, but they don’t reveal how much money individual organizations or businesses are spending on their own to tell Oklahomans how to vote on SQ 777.

The data currently available only show fundraising through June 30, 2016. Mid-summer fundraising and campaign spending totals aren’t released until just before the November election. Financial details on the final push before Election Day — when a lot of campaigns raise and spend big bucks — won’t be available until after the election.