Black Vultures Are Protected By Treaty, But Eating the Profits of Oklahoma Ranchers 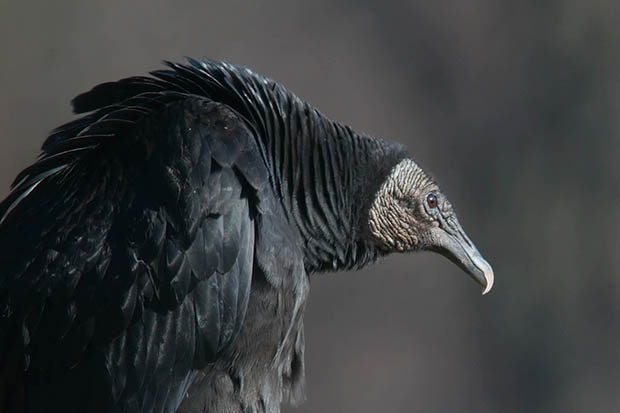 This is the centennial year of the Migratory Bird Treaty. The compact between the United States and Canada assures many birds can travel undisturbed, but the international agreement protects one species that’s a menace to Oklahoma farmers and ranchers.

Frank Lawrence is sick of the black vultures he’s been dealing with his entire life as a rancher in southeast Oklahoma.

“When a cow has a calf, they’re just sitting there in a tree, ready to get a hold of it,” Lawrence says. “It pecks their eyes out, and one of mine, it pecked its naval. Its intestines were sticking out. I took it to the vet and it died.”

The black birds don’t have any fans at this monthly meeting of the Latimer County Farm Bureau at the Eaton Hole in Wilburton, and they aren’t exactly dinner conversation.

Trying to scare the birds off just makes them vomit, providing a source of food and more reason to stick around. But black vultures are also protected by international treaty and U.S. law, even though their numbers are going strong. That protection means ranchers, like Lane Jeffrey, can’t just shoot them.

“You don’t want to get thrown in jail for shooting a protected species when you’re just out there trying to protect your livestock,” he says.

“It is unlawful at any time, by any means, or in any manner, go after them, hunt them, kill them, sell them, possess them, offer them for sale, transport them,” says Kristin Madden with the U.S. Fish and Wildlife Service. “They weren’t one of the birds that were originally named in the treaty in 1916, but when the act went in in 1918 they fell under ‘birds that naturally occur in the United States.”

A world without vultures

The ranchers StateImpact interviewed were no fans of the black vulture. They were fine with Oklahoma’s more common turkey vulture, which is a scavenger only. The black vulture is a scavenger, too, but it also hunts for prey. But Madden says all vultures serve an important role in the ecosystem. 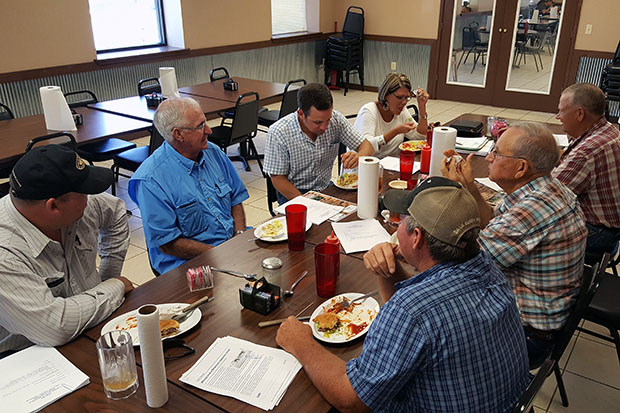 Area ranchers talk about black vultures during the monthly meeting of Latimer County Farm Bureau members at The Eaton Hole in Wilburton, Okla.

“They can digest herpes, anthrax, hantavirus. They can eat all of the dead stuff that clutters our land and metabolize it and get rid of the diseases,” she says.

To understand what life is like without vultures, Madden says, go to India. Farmers there started feeding a drug to livestock that killed nearly all of the country’s vultures.

“Wild dogs have taken their place to clean up the rotting flesh that’s cluttering the landscape, and now the dogs are spreading rabies, killing an estimated 50­,000 people in the last couple of decades,” Madden says.

Some Oklahoma ranchers have lost more than $30,000 worth of livestock to black vultures, says Kevin Grant, director of the Wildlife Services division of the Oklahoma Department of Agriculture, Food, & Forestry.

Grant says the birds used to be less common in Oklahoma, confined to the southeastern part of the state, but the bird’s range started expanding 10 to 15 years ago.

There’s no consensus on why the bird’s territory is expanding, but the growth is putting Oklahoma ranchers in a tight spot because they need to protect their calves and piglets. Grant says many ranchers have fought off the vultures with effigies.

“Just basically a dummy, fake black vulture hanging upside down as if it’s been killed, a lot of the black vultures will be afraid of that,” Grant says.

Vulture effigies — which are available on Amazon — aren’t a cure­-all. It’s possible to get a permit to shoot the birds, but it’s a complicated process. Not that red tape stopped one of the ranchers StateImpact interviewed on background.

He knows he’s not supposed to kill them, but he says there are far fewer black vultures near his ranch than their used to be.