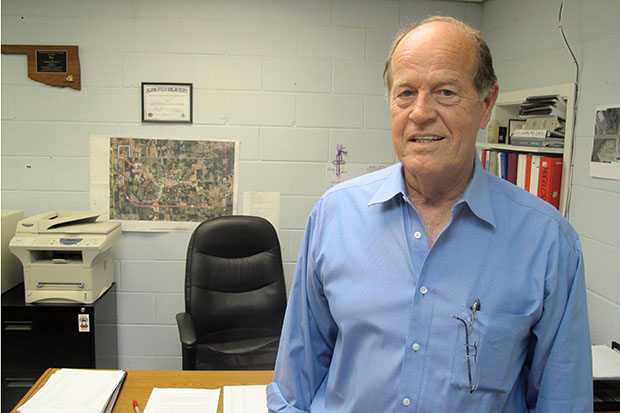 Oklahoma’s primary environmental agency made a private contractor pay just under $1 million earlier in a settlement over improperly treated water in a small city in southern Oklahoma. But the state’s budget shortfall swallowed up the money before the city of Hugo had a chance to use it.

By early 2015, the state Department of Environmental Quality had detected problems with the way UK-based Severn Trent was treating the water in Hugo. Later that year, a Journal Record report exposed the company didn’t properly disinfect drinking water for more than 300 days over the course of two years, and a Facebook photo of a toddler bathing in brown water caught the attention of local TV news teams. 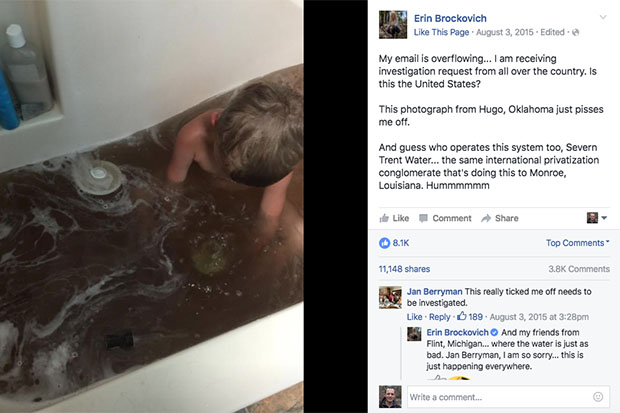 There one day, gone the next

In response, DEQ proposed the biggest fine in its history — $3.1 million — against Severn Trent. The company challenged the fine, and settled with the agency for about $1 million, which included a fine of $25,000. Much of the rest of the settlement money was supposed to help the city make urgent updates at its water plant. But Hugo City Manager David Rawls says that never happened.

“The state took the money. All the money is no longer sitting at DEQ,” he says. “All I know is I got a call and they told me the money was no longer there.”

Rawls isn’t mad at the environmental agency. He points the finger of blame at state lawmakers.

“The state of the economy in the state of Oklahoma right now, the scrambling for the $1.3 billion shortfall, I pretty much think that’s the culprit,” Rawls says. “I don’t think the personnel at DEQ had any idea the state was going to reach in and take it.”

DEQ keeps fine money — like what it collected from Severn Trent — in an agency fund separate from its state appropriation. That revolving fund was raided by the legislature this year to balance the budget. Lawmakers directed the agency to use the money to fund other core services. DEQ Deputy Director Jimmy Givens says that directive forced the agency to make hard choices.

DEQ On the Budget Brink

“What we do is take our revolving fund as a whole and try to decide where our priorities for this year have to lie. And the top priority is to administer those programs that we’re either required to administer by statute, or that EPA requires us to administer,” Givens says.

If Oklahoma’s Department of Environmental Quality can’t fund those EPA mandated programs, the federal government can step in and take control. That almost happened three years ago to a program that monitors the safety of drinking water across the state. Since then, DEQ’s funding situation has gotten worse.

“In total we’re looking at cuts over the past three or four fiscal years that exceed $30 million,” Givens says. 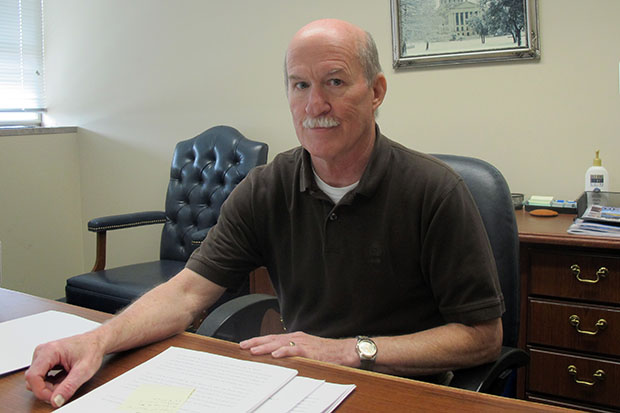 Those cuts blocked settlement money from reaching Hugo, and they’ve jeopardized many other programs at the environmental agency. That means fewer inspections of water systems and slower response times when there are problems. Some DEQ offices are closing. The cuts impact internal operations and publicly visible projects.

“For example, we have several tire dumps that we had intended to clean up early in this fiscal year,” Givens says. “That will at best be delayed because of money that was taken out of the used tire recycling revolving fund.”

DEQ’s budgetary pain is trickling down to the people and communities the agency is supposed to protect, like Hugo. David Rawls, the city manager, says losing the settlement money left his community in a tight spot.

“We’ve already voted to build a new $10 million water plant. That funding was planned on for that,” Rawls says. “There was no warning. One day it was there, and the next day I got a phone call that said it’s not there.”

Now Hugo is scrambling for money. City officials hope to get some from a separate lawsuit filed in Choctaw County in April against Severn Trent.