When the Electric Transformer House was being used for its original purpose, wires would've wrapped all around the top of the building. 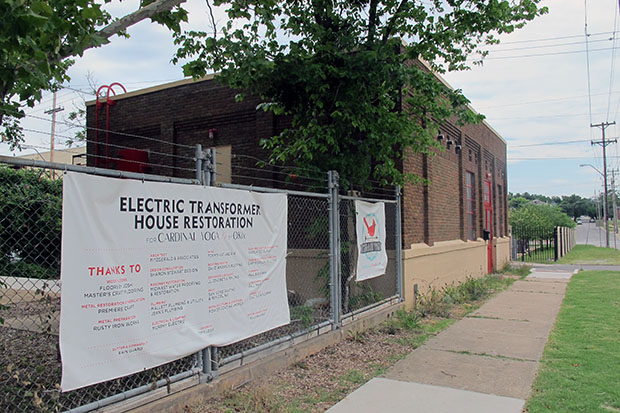 The latest update of the National Register of Historic Places includes the kinds of Oklahoma buildings you’d expect to be on such a list: a school in Atoka built for black students during the New Deal era, a church in Garfield County barely altered since its construction in 1928, a hotel in Guymon that’s been the tallest building in town for nearly 70 years.

But not all of the properties on the list immediately flash their historic value, like a nondescript one-room brick building in Oklahoma City called the Electric Transformer House.

Google it and you’ll find practically nothing beyond applications requesting the building be designated “historic.” And online maps show only a small rectangular brick building in off northwest 23rd Street in Oklahoma City. So why is this seemingly random, unimpressive–looking structure being elevated to historic status?

Up close, it’s easy to see the details that make the building unique: Boreholes leading to underground chambers where wires used to run, old-timey electric insulators set into brick-lined ducts along top of the building.

Dan Hollacher swings open the freshly painted, bright red metal door. He’s been the owner of the Electric Transformer House for the past 32 years.

“It was just an empty shell, and I lived in it for six months until I moved in with her,” Hollacher says, gesturing toward his wife, Claudia Kamas.

She didn’t want to live in the Electric Transformer House. She says she likes to have some land around her. 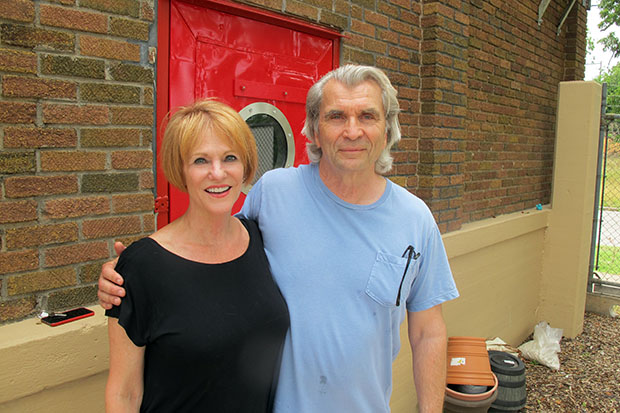 There was plenty of land around the Electric Transformer House when Oklahoma Gas and Electric built it around 1911. It was in the northwest corner of Oklahoma City then, and the transformer house provided power to the growing area.

Catherine Montgomery is the founder of Preservation and Design Studio, and helped guide the building’s rehabilitation.

“See all those little ducts that are just sticking out? Those would’ve had wires coming out of them,” Montgomery says. “So it’s a lot cleaner in appearance than it would’ve been in real life.”

And even a century ago, OG&E constructed the building with tornadoes and fire in mind.

“They’re built tornado proof,” Hollacher says. “The walls are 13 inches thick, concrete up four feet, and then three bricks thick up to the roof. The roof is seven inches of concrete.” 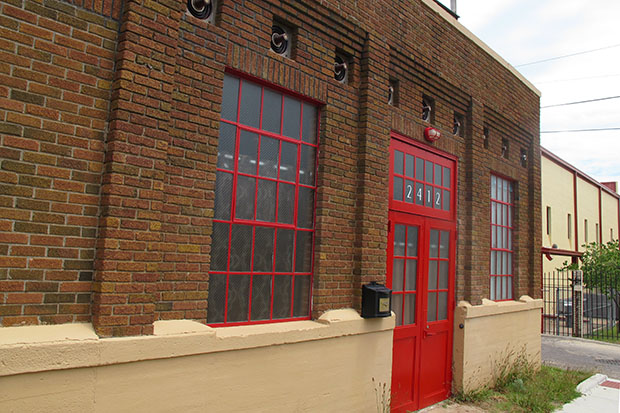 When the Electric Transformer House was being used for its original purpose, wires would've wrapped all around the top of the building.

It’s a very study building, and that’s one reason it withstood the test of time.  Montgomery says the other two Oklahoma City transformer houses weren’t as lucky.

“One of them has been significantly modified. It’s got all kinds of newer constructed editions that just basically enclose it, so you can’t even tell,” Montgomery says.

She thinks the other is gone.

Montgomery says she was only able to find one other old transformer house in the entire country on the list of historic places. Inclusion doesn’t necessarily protect a building from demolition or modification, but it does qualify the owner for federal historic preservation tax credits.

“It’s important to our local community. And specifically, Heritage Hills, Paseo, all of our historic districts around here could have potentially been served — gotten their electrical service from this transformer House,” Montgomery says. “So this one’s quite a little gem, because it’s all kind of self contained.” 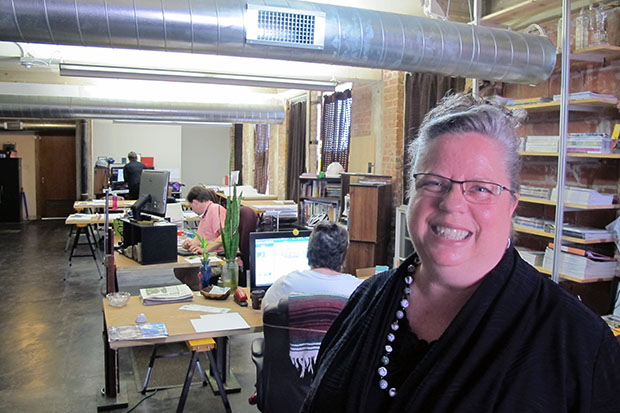 Catherine Montgomery at Preservation and Design Studio, which helped guide the restoration of the Electric Transformer House.

By the 1950s, Oklahoma City’s population had grown too big for Electric Transformer Houses, so OG&E constructed the open-air metal entanglements we see today.

Oklahoma City’s Electric Transformer House is a relic of the past, and helps tell the story of the evolution of power generation and delivery in the early days of electricity — or at least the outside of the building does.

“It’s a yoga studio,” Hollacher says. “We lease the building to a yogini and a massage lady.”

Hollacher says people are welcome to walk by and look — or make a massage appointment.