Atoka Lake in southeast Oklahoma, a focal point of the controversy over who controls water in that part of the state. 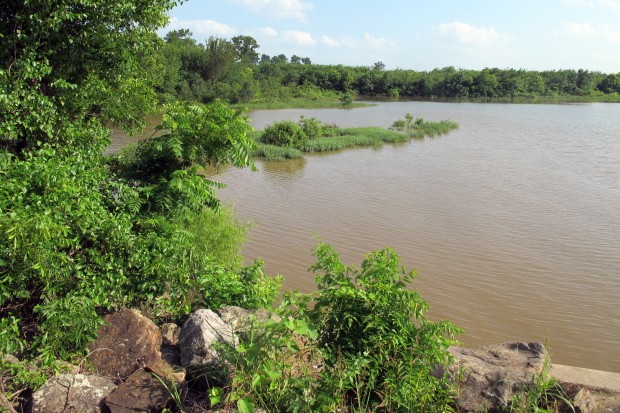 Atoka Lake in southeast Oklahoma, a focal point of the controversy over who controls water in that part of the state.

Water but no rep

SB 965 was passed by the Legislature and signed by Gov. Mary Fallin in 2013. It changes the way the nine-member OWRB is appointed. Before, the governor named a board member from each of the state’s five congressional districts, and four at-large positions from any region. The new law divided the board into nine districts — each getting one seat on the water board.

The law set a May 2016 deadline for Fallin to appoint a member from southeast Oklahoma, but she hasn’t done it.

State Rep. Brian Renegar, a McAlester Democrat who co-authored the bill, thinks he knows why.

“I think it is probably nothing more than Governor Fallin trying to penalize the Choctaw and Chickasaw — most of their people live down in this area — for filing that lawsuit against the State of Oklahoma,” Renegar says.

StateImpact has reported on the controversy surrounding Atoka and Sardis Lakes, and the 100-mile pipeline that brings water from southeast Oklahoma to the OKC metro. The Choctaws and Chickasaws say they should control the water in the area, but so does the state and Oklahoma City. The tribes sued the city, governor and OWRB. The lawsuit has been ongoing for five years now.

“Her excuse is she doesn’t want to do it until the lawsuit is over with. Well, that doesn’t make any difference,” Renegar says.

Former state Senator Jerry Ellis was one of the bill’s co-authors, and he says it was difficult to get water-rich southeast Oklahoma a spot on the powerful board that manages permitting, water quality monitoring, dam safety, and more. They won that fight, but still haven’t gotten the trophy.

“You’ve had two or three from Tulsa, a couple or three from the Oklahoma City area, and they’ve just corned the representation is what they’ve done,” Ellis says.

The way Ellis and Renegar tell it, Southeast Oklahoma fought for representation on the board for years, only to have a vengeful governor break the law they fought for to keep big cities in control and punish the tribes for daring to challenge the state. But OWRB Executive Director J.D. Strong, says hold on. The truth is much more innocent, and far less dramatic.

“I’ve seen it now under three different governors, the fact that they sometimes don’t get around to making these appointments right away when they expire,” Strong says. “And I think it’s particularly challenging with the Water Board appointments because they expire in May, and that happens to be probably the busiest time of year for governor and legislature.”

He cites an attorney general’s opinion from 1998 that says incumbents can stay in office until their replacement is sworn in, even after their term is technically over. And there’s no limit on how long the governor can wait. In 2015, Fallin reappointed an OWRB member whose term had been expired for three years.

“Right now everybody is up to date and up to speed on the board that I can recall, with the exception of Ed Fite — his term expired last May — and Richard Sevenoaks’ term only expired last month,” Strong says. “So we’re not really in the grand scheme of things that far behind relative to what I’ve seen in the past.”

Appointments to the water board must be ratified by the state Senate, so Fallin’s next opportunity won’t come until February 2017, when next year’s legislative session starts.

In an email to StateImpact, Fallin’s office says current OWRB members will stay in their posts, even if their terms are over.

Southeast Oklahoma water advocates say it might be time to ask the state attorney general to take another look at whether that’s allowed.

Former Senator Ellis isn’t satisfied. He doesn’t understand Fallin’s inaction. After all, she signed the bill into law herself.

“Poor leadership,” Ellis says. “My belief is she’s not acting like the CEO of the state should act. I think she needs to honor what she signed.”