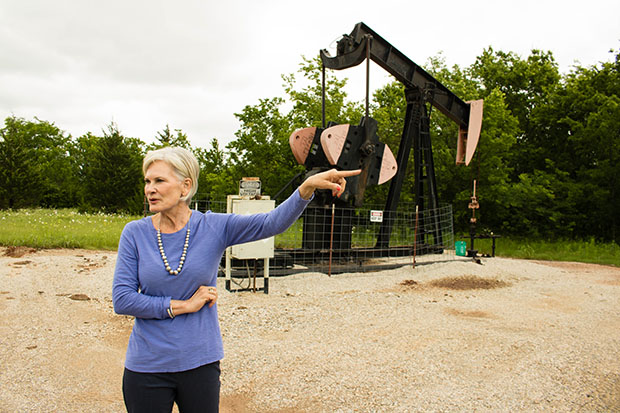 The deadline to fund state government is rapidly approaching, and legislators are struggling to bridge a $1.3 billion budget gap. One idea is to end a tax rebate for unprofitable oil and gas wells, but small oil and gas producers say their safety net shouldn’t be used to plug the state’s budget hole.

The Oklahoma House of Representatives is in session, and Darlene Wallace is blocking the ornate entrance to the main floor. She’s an obstacle, an oil producer — and she’s clutching a clipboard with the names of lawmakers.

She wants a word with them.

“I think we had some success speaking with the different representatives about our issue,” she says, “and some of them will see it as a tax increase.”

Wallace is talking about Senate Bill 1577, which would eliminate a tax rebate for “economically at-risk” oil and gas wells. The legislation was authored by Republican Senate President Pro Tempore Brian Bingman. He’s an oilman himself, not the usual suspect for writing a bill that lets the state keep tax money from the pockets of small oil companies, which shows the scale of the state’s budget problems.

“We said from day one, everything is going to be on the table this year,” Bingman said at the Capitol as his bill sailed through a Senate vote. “We’re going to get more money in the general revenue fund so we can make funding of our core services — that’s our main responsibility, funding government properly.”

As oil prices crashed, the cost of the unprofitable well rebate ballooned. Before the downturn, producers claimed $11 million. In estimates prepared for legislators, tax officials estimate producers will claim about $133 million in rebates in the upcoming fiscal year.

Wallace, who also chairs the National Stripper Well Association, says the bulk of that money will go back to large oil and gas companies that aren’t as vulnerable.

“You know I’m up here doing this for — not me — but for the small producer,” she says. 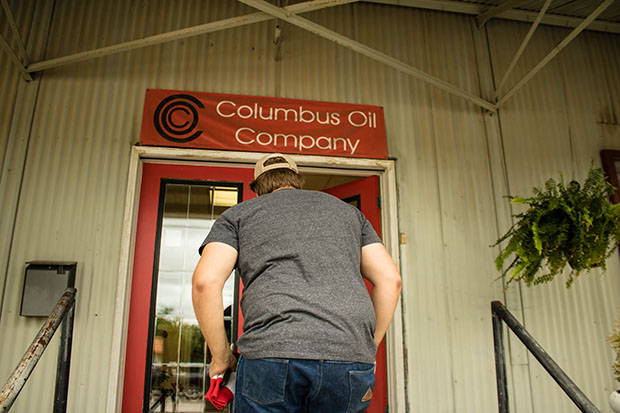 The next day, I meet Wallace at the Columbus Oil Company office in Seminole. The storied 1920s community was one of Oklahoma’s earliest and biggest boomtowns and the nearby fields contain some of the state’s oldest producing wells.

Many of the wells are stripper wells, also known as marginally producing wells, which pump out no more than 10 barrels of oil or 60,000 cubic feet of natural gas a day. Individually, these wells are small, but together they’re mighty — roughly 80,000 wells that account for 40 percent of the state’s production.

Wallace took the reins of Columbus Oil after her husband died in 2004. Today, she has four employees, 10 partners and 27 wells — all of them marginal. These wells are low-tech and cheap to run, but the payoff is small. Many of Wallace’s wells produce just two or three barrels of oil a day.

“Currently, I am losing quite a bit of money every month,” she says. “I even took a 50 percent cut in salary myself just to keep the company afloat — I decided I could live on less.”

Industry groups like the Oklahoma Independent Petroleum Association are urging lawmakers to keep the rebate — or amend it by adding a $25 million cap and language that limits claims to small producers. Tax officials say 80 percent of pending rebate claims were made by large companies that operate 100 or more wells.

“These wells, once they’re shut in, we all know it’s not commercially viable to open them back up,” he said. “I think it’s reckless at this time to pass this bill at this point. I would urge this body and these members to vote against this bill.”

Back in the oil field near Seminole, Darlene Wallace says she’s not eligible this year, but she’s claimed the unprofitable well rebate during past downturns.

She says the rebate helps small producers in years when oil prices sink.

“More than half my wells are running negative this year,” she says. “It costs as much to produce a $30 barrel as it does a $100 barrel.”