Grave sites at the Sardis Cemetery go back well into the 19th century and many of them are homemade. 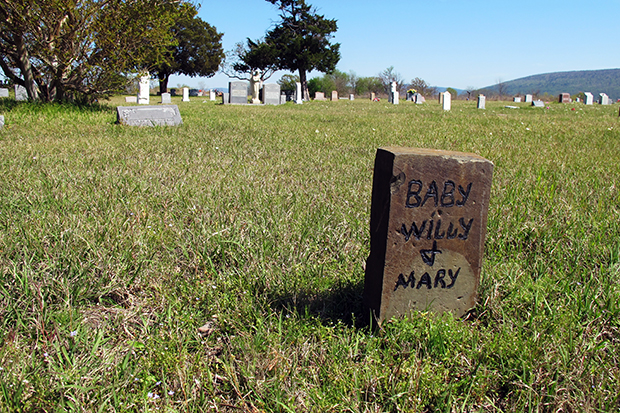 Grave sites at the Sardis Cemetery go back well into the 19th century and many of them are homemade.

The fight over control of Sardis Lake and water across southeastern Oklahoma pits the state against Native American tribes. To the Choctaw and Chickasaw who live in the area today — and for the Caddo who preceded them — water isn’t just vital to life: It’s culturally sacred.

Margie Jones has been minister at the Good Springs Methodist Church near Talihina for more than 20 years.

“This church started in 1897,” Jones says. “I think that’s when it first started, if I remember it.”

Her own descendants started the church way before there were any lakes in southeast Oklahoma, when this was Indian Territory. And their descendants were dragged here on the Trail of Tears. Margie’s friend Pat Starbuck remembers the stories.

“I keep thinking of Chief Mushulatubbee,” Starbuck says. “They literally tied him up and carried him and dumped him onboard of this steamboat so they could take him across the river and dump him out into this icy swamp and force him to come to Indian Territory.” 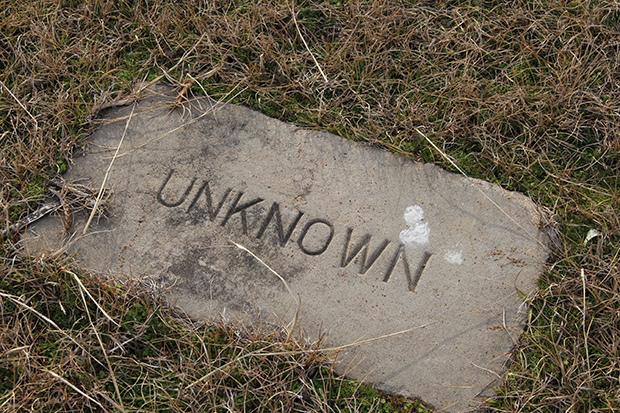 One of several unknown grave sites at the Sardis Cemetery.

Despite losing their homeland, and being pushed aside to build southeastern Oklahoma’s lakes, a connection has developed between the water and the people here. University of Oklahoma Indian and environmental law professor Taiawagi Helton says it’s no surprise that the Choctaw and Chickasaw people embraced the water resources of the land they didn’t want.

He says tribal relationships with the land and water aren’t limited to ancestral homelands.

“Tribes very often have sacred sites within their original territories, but I don’t think that there’s a geographic limitation to a sense that the earth is sacred or that we live in an animate universe,” Helton says.

There’s a small island on Sardis Lake with only a cemetery on it. Headstones hold dates from the distant past: J.W. Ford, born in 1856. I.N. Doyle, died January 1911. “Baby Willy” and “Mary” are roughly carved into a lopsided stone. There are several graves marked “Unknown.”

The bodies were dug up and moved here when Sardis Lake was built in the late 1970s and early ’80s. Many remain on the lake bottom. But that’s not all archeologists found when the Sardis project started. 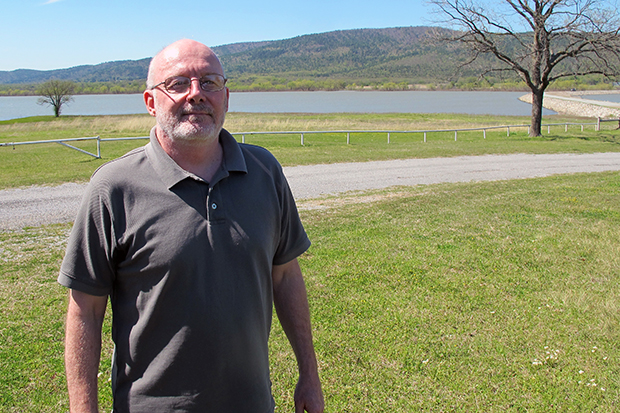 University of Oklahoma anthropologist Michael Stanton at the Sardis Cemetery near Clayton, Okla.

Stanton has been studying the history and people in the Sardis area for the past year. He says this was Caddo country before the Choctaws arrived.

“People have inhabited the area for a long, long period of time, and actually sedentary settlements,” Stanton says. “They lived here and practiced subsistence agriculture.”

‘Salvage it before it’s covered up with water’

Stanton says archeologists uncovered entire settlements where the lake is now. But there was little time or money to remove and preserve anywhere near all of it. Back then it wasn’t as big a priority, except for the archeologists who had to do what they could with the resources at hand.

“One person that I talked to said 81 bodies in one particular region, and then another site they excavated nine,” he says. “People came out and did what they could. You find as much as you can. You salvage it before it’s covered up with water.”

Local water advocate Donna McFadden was there when teams were excavating. She remembers some of the artifacts that were found when a construction crew was digging pits to build a road along the lake. 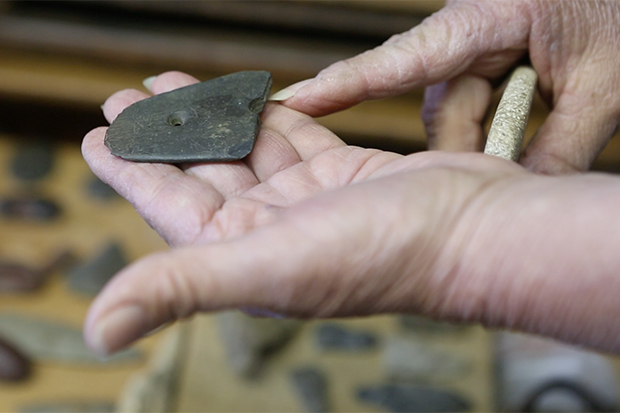 Donna McFadden holds one of the artifacts she kept from the Sardis Lake construction project.

“In that first borrow pit from the creek, 16-foot down, there was the most beautiful fire pit you ever saw,” McFadden says. “It had those round creek rocks. It still had the coals and part of the wood chunks in it.”

She tried telling the construction crew about it, but they didn’t listen. Reporting the discovery would’ve delayed the project. It was more important to finish the lake than worry about preservation or tribal concerns.

Invisible Nations’ Allison Herrera contributed to this report as part of a collaboration with StateImpact Oklahoma exploring the Sardis Lake issue and the dispute between the state and Choctaw and Chickasaw Nations over who controls southeast Oklahoma’s water.