Pat Starbuck outside the Choctaw Nation Community Center in Talihina. 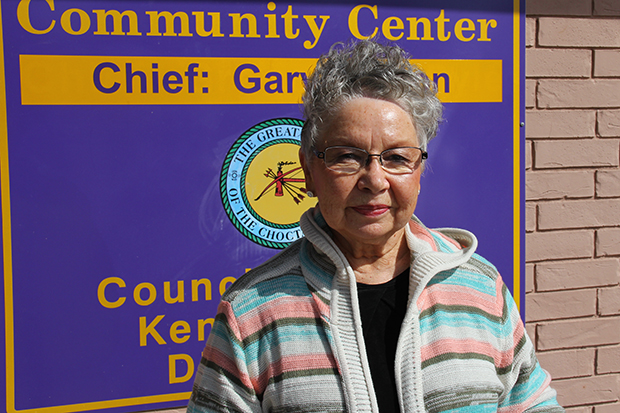 Pat Starbuck outside the Choctaw Nation Community Center in Talihina.

Sardis Lake, in southeastern Oklahoma, is at the heart of a battle between state and tribal governments over control of water. Debate has raged over whether to pipe to north Texas, Oklahoma City, or western Oklahoma ever since it was built in the early 1980s. Stuck in the middle are the people who call the Sardis area home.

Several miles down the rugged, potholed Savage Road, just past the western edge of Lake Sardis is a neighborhood in the middle of nowhere.

When the U.S. Army Corps of Engineers flooded the area to create Sardis Lake 35 years ago, it left the tributary of the Kiamichi River that runs by her house wider than it used to be, cutting the homes off from the main road. To get there now there are two choices: forge the river by car — not the smartest option — or brave a wobbly, rusty, swinging bridge that’s been there for more than 80 years.

Despite the obstacles, Ruby Burns loves it here even though any kind of rainstorm can leave her trapped for weeks. 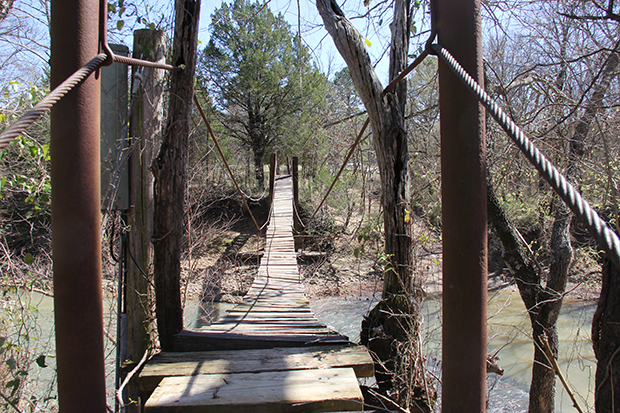 The swinging bridge over a tributary of the Kiamichi River that leads to Ruby Burns' house.

“I’ve lived in California, Oregon, New Mexico. But when I got to that mailbox over there, I started crying because I was home,” Burns says, tearing up.

Ambulances can’t get out here, and Burns isn’t in great health. But this is where her dearest memories were made.

“I pull up there, and there come my daddy out. My daddy would be out there waiting for me. He was a full-blood Choctaw,” Burns says.

These are people who have truly sacrificed for Sardis Lake to be here, and they aren’t the only ones. About twenty miles northeast, in the town of Talihina, Choctaw elders and other community members gather for lunch and a chance to socialize. Like many of the people in this little town, Pat Starbuck’s ancestors came here on the Trail of Tears.

“My dad was a big Choctaw Indian. And so I went through these mountains with him when I was a little kid,” Starbuck says. “And he had friends that lived back at Sardis, and it was the middle of nowhere at that time. It was a place that was settled by the Indians. They had a community back in there.” 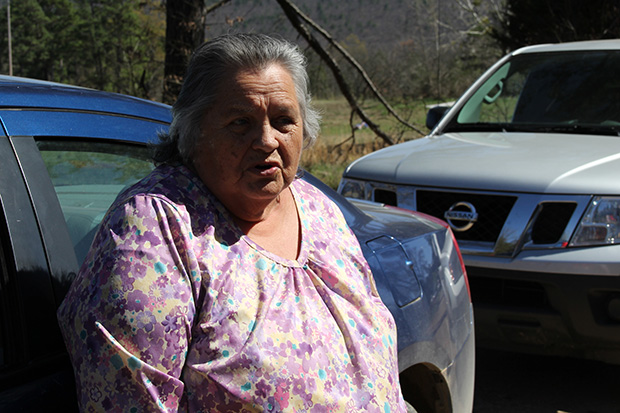 Ruby Burns outside her house past the west end of Sardis Lake on a tributary of the Kiamichi River.

Starbuck has lived in Talihina her whole life and can remember Sardis the town, which is now at the bottom of the lake. She talks about Boozy Brown’s store, Thelma’s Grocery, and how the community came together just before the Corps of Engineers flooded the place.

“We decided, in the old school building, to have some dances,” Starbuck says. “It was a cold winter night. We were wearing coats and big, heavy overshoes and it was so icy in there. But danced anyway. It was fun.”

These are the local tribe members caught in the middle of the fight over who controls the water in Sardis Lake — the state of Oklahoma or the Choctaw and Chickasaw Nations. Negotiations continue in the ongoing lawsuit, but the Choctaws here have some thoughts on whether their tribe owns southeast Oklahoma’s water.

“If in the treaties it has said ‘this is your water for — from now on,’ then they should. And that’s what it says.”

Louise O’banion lives on Lake Sardis and works at the hospital in Talihina. She says locals didn’t want the lake in the first place. 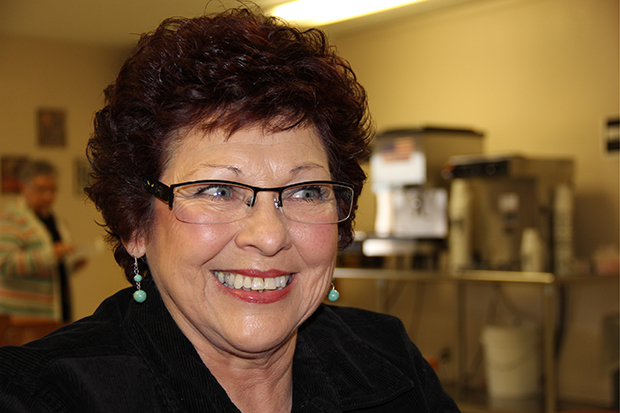 Louise O'banion at the Choctaw Nation Community Center in Talihina.

“The old timers, they don’t like changes. They wanted to leave it like it was,” O’banion says. “Of course it took in the cemetery. My mother’s dad was buried there.”

O’banion’s opinion on the water fight is clear. To her, the water belongs to the tribes.

“They took everything else from us,” she says. “They took the land. They moved us here from Mississippi. Then they came back and tried to move us out of here. They wanted the white settlers to come in and take the land.”

Whether their land was taken under eminent domain, or they have loved ones buried in a submerged cemetery, the people around Sardis gave up a lot for the lake. But they haven’t seen much benefit from it. And until the dispute over who controls the water ends, private development of this beautiful part of the state — and the local economic benefits that come with it — will have to wait.

Invisible Nations’ Allison Herrera contributed to this report as part of a collaboration with StateImpact Oklahoma exploring the Sardis Lake issue and the dispute between the state and Choctaw and Chickasaw Nations over who controls southeast Oklahoma’s water.