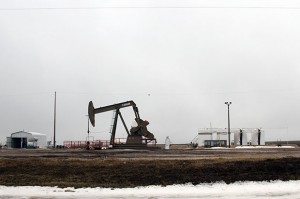 Nearly all operators have voluntarily complied with earthquake-related regulatory actions issued by commission staff, known as directives. But SandRidge Energy in December 2015 refused for weeks “to shut down six wells and reduce wastewater volumes in 50 others in northern Oklahoma,” prompting staff to threaten legal action, The Journal Record’s Sarah Terry-Cobo reports:

New rules state the operator or staff must request a technical conference within five days of the agency issuing a directive. If neither party requests a conference, then the operator must shut down the well.

The Legislature must approve the proposed rule changes with an all-or-nothing vote, which often happens in May. The governor must also agree to adopt the rule changes.