A group of towns wants to participate in the LGC's appeal to the state supreme court.

A cadre of communities is pushing the New Hampshire Supreme Court to allow them to participate in the Local Government Center‘s appeal.  Fourteen towns, led by Durham, Peterborough, Salem and Northfield have filed a motion to intervene in the case.

The LGC insures municipalities, school districts, and agencies, handling hundreds of millions of taxpayer dollars.  The state argued that for years, the LGC over-charged for health insurance in order to illegally bulk-up its assets and prop-up its failing worker’s compensation program .  Last summer, a hearing officer sided with the state, and ordered the LGC to return more than $52 million to members.  The LGC is appealing that order to the New Hampshire Supreme Court. END_OF_DOCUMENT_TOKEN_TO_BE_REPLACED 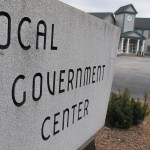 How much has the LGC promised to return to your community? StateImpact crunched data from the Local Government Center and created a searchable table to help you find out. Continue reading →

Recently, a handful of towns, including Milford, split $3.1 million in community development block grants to help create more affordable housing.  According to statewide estimates, only one-in-six two bedroom apartments is affordable to a median income renter.  But the Granite State has something of a homegrown advantage in tackling this problem. END_OF_DOCUMENT_TOKEN_TO_BE_REPLACED While the LGC remains the go-to place for municipal services, it's facing continued opposition over its handling of insurance surplus payments

It’s been a busy week on the Local Government Center beat.

Recently, we reported for NHPR that a coalition of 12 towns has banded together to demand what it calls its “fair share” of health insurance surplus payments from the Local Government Center.  In the interests of bringing you up to speed, we’ll outline the gist of what happened with this ongoing saga. END_OF_DOCUMENT_TOKEN_TO_BE_REPLACED The Local Government Center case is incredibly convoluted. But it involves the majority of communities--and taxpayers--in the state

The on-going fight between the state of New Hampshire and one of the nation’s largest insurance risk pool managers is an important one, with millions of dollars of taxpayer money at stake.

As the Local Government Center implements changes ordered by a hearing officer–even as it appeals the ruling to the state’s Supreme Court–we thought it would be a good time to bring everyone up to speed on the basics of the case, and why it matters. END_OF_DOCUMENT_TOKEN_TO_BE_REPLACED For political junkies, policy wonks and other assorted budget watchers, February 15th is a big day.  That’s the deadline for new Governor Maggie Hassan to submit her proposed FY 2014-2015 budget to the legislature.  The House and Senate will then have until the end of this fiscal year, June 30th, to hash out an agreement.

But that long timeline hasn’t prevented speculation.  Part of the interest, of course, is that Hassan–a Democrat–was a vocal opponent of budget cuts and tax cuts championed by the last, Republican-run, legislature.

She campaigned on reversing many of those cuts.

So it’s a safe bet that this upcoming budget won’t look just like the last one.

But how, exactly, will it be different?  Reporter Ben Leubsdorf of the Concord Monitor offers some clues: END_OF_DOCUMENT_TOKEN_TO_BE_REPLACED In April, 26-year old Ben Harris was killed when a plastic keg he was pressure-cleaning at the Portsmouth brewery exploded.  After a six-month investigation, OSHA issued three citations to CBA, covering a series of safety violations ranging from minor to serious.

The Portsmouth Patch runs down the basic list of violations.  Robert Cook writes:

“According to [Department of Labor spokesman Edmund] Fitzgerald, the biggest violations that Redhook committed that led to Harris’ death were:

One of the more mysterious aspects of this accident was the presence of a plastic keg at the brewery in the first place. END_OF_DOCUMENT_TOKEN_TO_BE_REPLACED As we’ve frequently noted, New Hampshire’s economy heavily depends on Defense contracting.  In the case of large defense-oriented companies like BAE Systems in Nashua, Elbit Systems of America in Merrimack, or GE Aviation in Hooksett, the connection is obvious.  And, of course, there are a bevy of smaller high-tech components manufacturers that also benefit from catering to DOD’s needs.

And it seems the Army needs 3,000 of them before 2013. END_OF_DOCUMENT_TOKEN_TO_BE_REPLACED Bass is stressing bipartisanship this campaign

Today, 2nd District Congressman Charlie Bass did a bit of campaigning close to home.  He spoke at the Jaffrey-Rindge Rotary Club meeting at Franklin Pierce University this morning.  It wasn’t a campaign event per se; Rotary International has strict rules about clubs not endorsing candidates, although politicians can address Rotary groups.  And so, Bass spent his time this morning making the case for reelection.

He has a tough race ahead of him.  He barely eked out a win against Democratic rival Ann McLane Kuster in 2010.  And now she’s back for a rematch.

So on his home turf this morning, Bass campaigned in front of a politically diverse–but friendly–group, many of whom were more likely to call him “Charlie” than “Congressman.”  END_OF_DOCUMENT_TOKEN_TO_BE_REPLACED StateImpact’s been on the campaign trail!  And the race in the Second Congressional District is looking like a nail-biter.  Democrat Ann McLane Kuster is running against incumbent Republican Congressman Charlie Bass in a rematch following her narrow loss in 2010.

Given the interest in this particular election–a fiscally conservative, socially moderate Republican versus a progressive Democrat who stresses her family’s “Yankee frugality” and “Republican roots”– we thought we’d go ahead and pop in on the candidates this week to hear their thoughts on the economy.