Generally, graduates with science degrees were more likely to earn more in their first year of employment after college.

But which school’s graduates earned the most money? Check out these charts created with report data. First, bachelor degrees:

Graduates earning bachelor degrees from Florida International University and Florida Atlantic University had the highest median income in their first year of work.

END_OF_DOCUMENT_TOKEN_TO_BE_REPLACED

Florida’s graduation rate increased by five percentage points between the 2010-2011 and 2011-2012 school years, according to new U.S. Department of Education graduation rate data released today. But despite the improving rate, just six states and the District of Columbia have a lower graduation rate than Florida —the same number as last year.

The bright spots? Florida’s graduation rates for Hispanic students and English language learners are near the national average. Just eight states have a lower dropout rate than Florida, at 2.1 percent. The national dropout rate is 3.3 percent.

END_OF_DOCUMENT_TOKEN_TO_BE_REPLACED The FCAT will mostly disappear from Florida schools next year. But the state's science exam will still carry the FCAT name.

Florida schools are scheduled to complete the switch to new K-12 math and language arts standards based on Common Core this fall. New standards will require a new test.

So Florida is switching to math and language arts exams produced by the American Institutes for Research.

FCAT is going away — with one exception. Fifth and eighth grade students will still take the FCAT science exam. Florida State University physics professor Paul Cottle noted the exam will stagger on:

.@StateImpactFL Not correct. The Science FCAT at grades 5 and 8 will continue on, zombie-like.

END_OF_DOCUMENT_TOKEN_TO_BE_REPLACED Florida Education Commissioner Pam Stewart is expected to recommend a test to (mostly) replace the FCAT this month.

A new test is needed because Florida is finishing the switch to new K-12 math, language arts and literacy standards this fall. The standards are largely based on Common Core standards fully adopted by 44 other states and the District of Columbia.

Dorn said we won’t know how much will change with the test until the decision is announced.

END_OF_DOCUMENT_TOKEN_TO_BE_REPLACED Gov. Rick Scott is asking lawmakers to revoke a law which allows state universities to request up to an additional 15 percent tuition increase.

Gov. Rick Scott is asking lawmakers to eliminate the state’s tuition differential law, which allows universities to request as much as a 15 percent tuition increase each year.

Scott has fought higher education tuition hikes since he took office in 2011.

“We are changing how we fund higher education,” Scott said, according to the prepared version of his State of the State speech, “but if we want to make higher education more accessible to low and middle-income families we have to make it more affordable.

“We will hold the line on tuition,” he added moments later.

Lawmakers are talking about reducing the hikes to a maximum of 6 percent each year.

But what is tuition differential?

END_OF_DOCUMENT_TOKEN_TO_BE_REPLACED 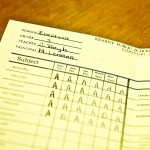 The Florida Department of Education released 2013 high school grades, part of the state’s school accountability system. The data includes each component of the school’s score and demographic data. Continue reading → 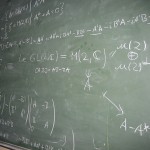 The Florida Department of Education released some administrator evaluation data for the 2012-13 school year on Dec. 3. The evaluations were required by a 2011 law. Continue reading →

The Florida Department of Education released some teacher evaluation data for the 2012-13 school year on Dec. 3. The evaluations were required by a 2011 law. Continue reading →

The Florida Department of Education released some teacher evaluation data for the 2012-13 school year on Dec. 3. The evaluations were required by a 2011 law. Continue reading → The Great Recession — and disappearing middle-class jobs — may be encouraging more people to go into teaching.

Dan Goldhaber and Joe Walch also argue in Education Next that the quality of teaching candidates, as measured by SAT scores, is improving, and that the economy might be a factor.

As insecurity in the private-sector labor market increases, the value of public-sector job protections effectively increases, meaning that candidates will be willing to accept lower pay in exchange for the guarantee that it will be nearly impossible to fire them. This is separate from the shrinking number of jobs in the private sector, which also conspires to make higher quality candidates available to school districts. Both factors together could give us a nice boost in teacher scores.

Of course, it’s also possible that a lot of college students suddenly and for no apparent reason decided they wanted to be teachers around the same time that the job market became massively more insecure. But I’m betting it’s no coincidence. Bad news for the graduating seniors, but good news for the nation’s schools.

Has that been the case in Florida?