National trends: The Opportunity Index measures factors that contribute to quality of life, like graduation rates and access to early learning.

Florida doesn’t offer as much opportunity to its young people as other states do.

That’s according to new research from Opportunity Nation. The bipartisan organization compiles an index of community characteristics to measure how people’s zip codes affect their quality of life.

“As a nation we’re fixated on unemployment, and of course it’s important. But the real core issues of opportunity have been going on for much more than simply this recession,” said Mark Edwards, executive director of Opportunity Nation.

“One of the measures of opportunity is the percentage of young adults in your community that graduate from high school—we know when that number is low, communities don’t do well,” he said.

Edwards was in Florida for a Grad Nation summit on the national dropout crisis. Ultimately, Edwards told the crowd of educators, he wants to see people vote on issues of opportunity—not unemployment.

Florida ranks 22nd  in the country for unemployment. But with other factors, we rank 40th for opportunity.

END_OF_DOCUMENT_TOKEN_TO_BE_REPLACED There are fewer custodians and support staff in Florida public schools than there were in 2007.

A StateImpact Florida analysis of jobs in Florida public schools shows that while full-time staffing is almost back to pre-recession levels, one group of employees hasn’t come back: the support staff.

Since the recession began, Florida’s public school budgets have been hit with more than $2 billion dollars in cuts from state and federal funding, decreased property tax revenue and sequestration. StateImpact has been following the resulting layoffs and hard choices in schools across the state.

Some of the funding has since been restored. Full-time instructor positions have inched back to pre-recession levels.

But at the start of last school year there were still about 15,000 fewer full-time jobs in Florida public schools than there were in 2007. Almost all of those jobs — 99.5% — are support staff positions. Custodians, secretaries, classroom aides—there just aren’t as many people filling those roles anymore.

LISTEN: WHAT IT MEANS TO LOSE SUPPORT STAFF

You can see a breakdown of year-to-year full-time employment numbers in Florida public schools here: Students with disabilities are less likely to be students at charter schools.

The Center on Reinventing Public Education (CRPE) at the University of Washington has released a study showing that charter schools in New York City are less likely to serve children with disabilities than traditional public schools in New York.

This new look at New York City schools points out a certain amount of self-exclusion from charter schools, but goes on to detail how more factors are at play. From the CRPE summary: END_OF_DOCUMENT_TOKEN_TO_BE_REPLACED 549 Florida schools were caught by a school grade 'safety net.'

Last week, 549 Florida schools earned a letter grade higher than they would have based on the state formula alone thanks to a State Board of Education-approved “safety net.”

That’s because no school grade could drop by more than one letter grade this year. School superintendents asked for the protection because more than 30 factor in the formula have changed the past two years.

So which district benefited the most from the safety net?

END_OF_DOCUMENT_TOKEN_TO_BE_REPLACED 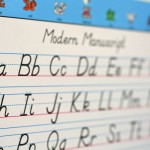 The Florida Department of Education released 2013 elementary and middle school grades, part of the state’s school accountability system. The data includes each component of the school’s score and demographic data. Continue reading → Florida spends a total of $41 per student on testing each year, according to a Brookings Institution report.

On Monday we explained the options Florida has in choosing its next standardized test.The new test is part of Florida’s move to shared Common Core education standards.

Florida could stick with the Partnership for Assessment of College and Careers — or PARCC — one of two multi-state consortia designing tests for Common Core. Florida could also design its own test or go with a test designed by a testing company, such as the ACT Aspire.

Education Commissioner Tony Bennett will consider test quality, whether the test is comparable to the current Florida Comprehensive Assessment Test and whether the test has a pencil and paper option in addition to an interactive online exam.

One other big question is cost.

END_OF_DOCUMENT_TOKEN_TO_BE_REPLACED

By now, most Florida parents have heard the Florida Comprehensive Assessment Test is on its way out. But they might not know a whole lot about what’s replacing the FCAT.

The most likely replacement is known as PARCC, or the Partnership for the Assessment of Readiness for College and Careers. Students are scheduled to begin taking the test in the spring of 2015 (more on that later).

We’ve put together a handy video that lays out the differences between the two exams.

A Parent’s Guide To How New Common Core Tests Are Different From FCAT from StateImpact Florida on Vimeo.

Here are some of the key differences:

END_OF_DOCUMENT_TOKEN_TO_BE_REPLACED

A business advocacy group is running television ads that say Florida might have to cut education funding if the state expands Medicaid health coverage.

The National Federation of Independent Business has also set up a website — FloridaCanDoBetter.com.

“Washington promises to pay the billions in new costs. But with these endless federal deficits can we really trust them?” The ad states. “If Florida gets stuck with the long term bill it will bust our budget. That could force big cuts for funding in education.

“Protect our budget and schools,” the ad concludes, asking viewers to sign a petition.

Lawmakers are debating whether — and then how — to expand Florida’s Medicaid program under the federal Affordable Care Act. Adults earning up to 138 percent of the federal poverty level, about $16,000 for an individual and $32,500 for a family of four, are eligible for Medicaid under the federal law.

Medicaid is a state-run, but federally funded health care program for the poor and disabled.

END_OF_DOCUMENT_TOKEN_TO_BE_REPLACED 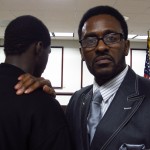 Florida lawmakers may change the rules for calculating class size limits, which could give district schools more flexibility.

Florida lawmakers are considering a bill which would change the way the state calculates class size limits required by the state constitution.

Lawmakers may allow district schools to use the more flexible rules granted to charter schools.

District schools must calculate the class size of every classroom and count every violation. Charter schools are allowed to use a school-wide average, which school officials say is more forgiving.