There are probably around 200,000 abandoned oil and gas wells in Pennsylvania. We know where just a slim fraction – probably four percent – of these wells are.

The information gap is a problem, because abandoned wells are dangerous. Abandoned wells provide pathways for methane gas to seep to the surface, where it can, under the right settings, trigger explosions. Active drilling near unplugged abandoned wells is dangerous, too. In June 2012, the intersection between a Shell fracking operation and a forgotten well drilled in 1932 likely led to a 30-foot geyser of methane and gas.

Pennsylvania’s Department of Environmental Protection has been working to identify and plug abandoned wells since 1989, but it’s a slow process, due to limited funds.

StateImpact Pennsylvania takes a look at this issue in “Perilous Pathways,” a four-part online series answering questions about abandoned wells. Click on the links below to read each part of the series, as well as an infographic explaining methane migration, and a map documenting every known abandoned well in Pennsylvania.

Part One: How Drilling Near An Abandoned Well Produced A Methane Geyser

The gas didn’t come from the But­ters well, nor did it orig­i­nate from the Mar­cel­lus Shale for­ma­tion that a nearby Shell well had recently tapped into. What most likely hap­pened to cause the geyser in June, Shell and state reg­u­la­tors say, was some­thing of a chain reac­tion.  As Shell was drilling and then hydrauli­cally frac­tur­ing its nearby well, the activ­ity dis­placed shal­low pock­ets of nat­ural gas — pos­si­bly some of the same pock­ets the Mor­ris Run Coal com­pany ran into  in 1932. The gas dis­trubed by Shell’s drilling moved under­ground until it found its way to the But­ters well, and then shot up to the surface.

Part Two: Behind The Staggering Number Of Abandoned Wells In Pennsylvania

Pine runs the DEP’s divi­sion in charge of find­ing aban­doned wells and plug­ging them with cement so that they won’t do harm. Sim­ply by the num­bers, it’s an over­whelm­ing job. The best guess of both the state and the energy indus­try is that some­where in the neigh­bor­hood of 325,000 wells have been drilled in Penn­syl­va­nia since Drake’s. Of those, about 120,000 have state per­mits on file. “Just do the math,” Pine says. “There’s prob­a­bly close to 200,000 wells that are largely or rel­a­tively unac­counted for in the commonwealth.”

The state does know where some of them are. A spread­sheet on DEP’s web­sitelists the loca­tion of 8,257 aban­doned and orphaned oil and gas wells. StateIm­pact has mapped them all here. (The dif­fer­ence between “aban­doned” and “orphaned’ is largely an admin­is­tra­tive dis­tinc­tion.)  If Pine’s math is right, reg­u­la­tors know the loca­tions of only 2 to 4 per­cent of the aban­doned wells in Pennsylvania.

Part Three: How To Find An Abandoned Well

Yet the where­abouts of the vast major­ity of these old wells remains a mys­tery. Time has marched on in the decades since the wells were first drilled. Trees and brush have cov­ered their holes. Scrap col­lec­tors have pried metal cas­ing — often the most obvi­ous sign of a well’s pres­ence — out of the ground. And towns and cities have been built on top of them.

So find­ing old wells can require a good amount of foren­sic work. To find one, you can employ high-tech radar or use a musty antique sur­vey map. What­ever method you choose, it’s going to be a time-intensive effort.

Penn­syl­va­nia isn’t alone in this omis­sion. A num­ber of other states, includ­ing Texas, Okla­homa and West Vir­ginia, have both an aban­doned well prob­lem at the same time that they’re see­ing a shale drilling boom. Of those states, only Ohio con­sid­ers the pres­ence of these dan­ger­ous path­ways when decid­ing whether or not to approve a per­mit. Essen­tially, most of the states are leav­ing the ques­tion of how to han­dle aban­doned wells up to the drilling companies.

Infographic: How Gas Can Migrate Through An Abandoned Well 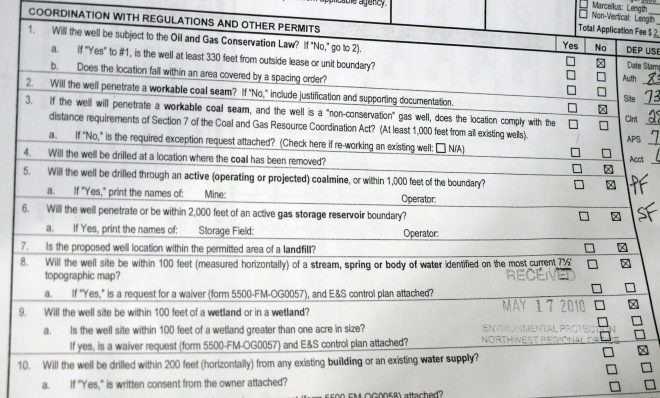 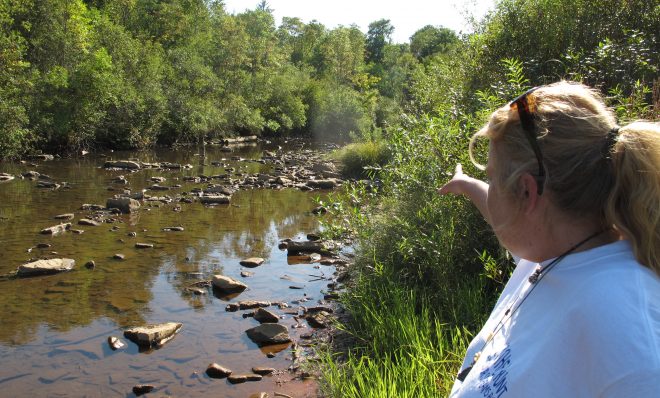 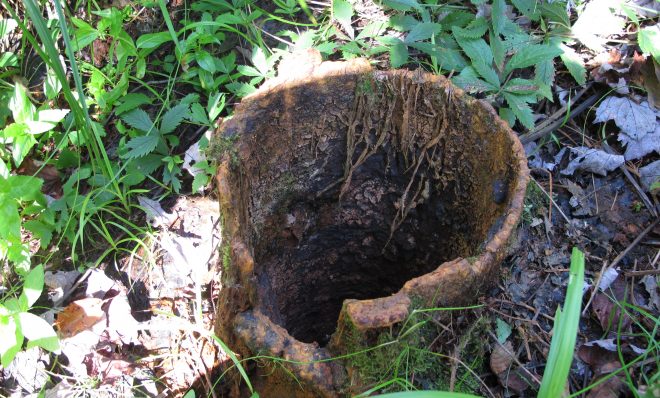 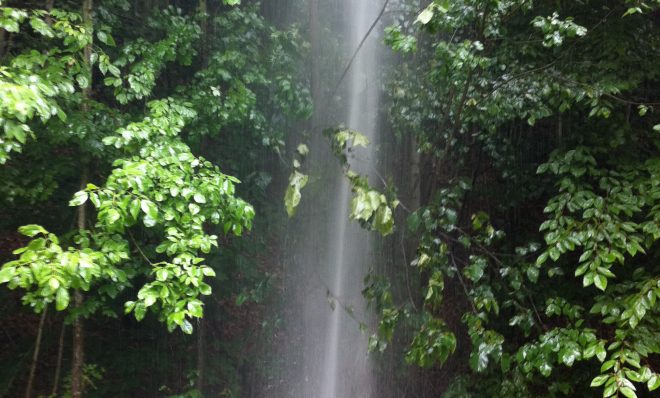 Perilous Pathways: How Drilling Near An Abandoned Well Produced a Methane Geyser