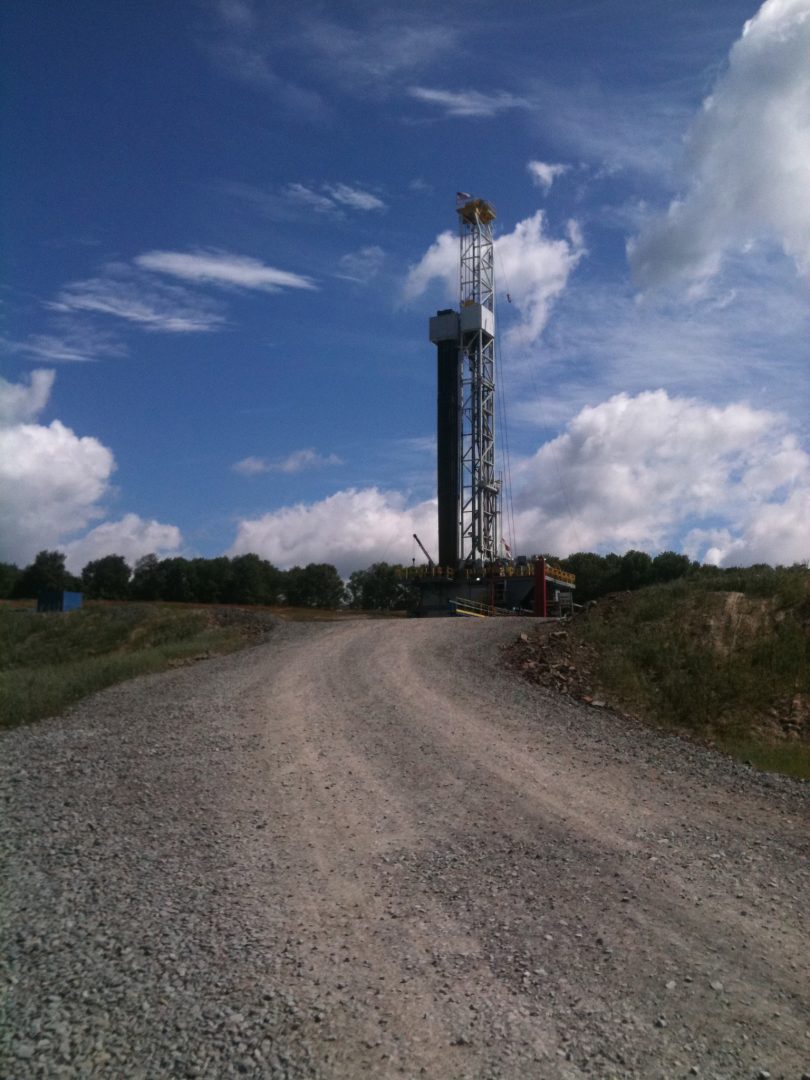 Pennsylvania’s environmental regulator says, over a five-year period, more than half of conventional oil and gas operators failed to report how much gas they pulled from the ground and whether their equipment is safe.

State law requires that conventional drillers report that information annually. Failing to do so could lead to fines, permit suspensions or even criminal charges. But a lack of state resources means many operators have been able to ignore the rules with no consequences.

“Most disturbingly,” a new report from the Department of Environmental Protection says, inspectors found more than 3,000 newly-abandoned wells–the most frequent violation over the review period. Abandoned wells leak the potent greenhouse gas methane, which contributes to climate change, and threatens peoples’ health and safety.

It’s not clear whether the report will change anything. Former Gov. Tom Wolf ordered the review when he disagreed with a bill on how federal well-plugging money would be used, but let it become law without signing it.

Newly sworn-in Gov. Josh Shapiro stressed accountability for polluters while Attorney General and during his campaign, but his team did not return multiple requests for comment.

And the industry is disputing the report, saying the DEP is distorting data. Pennsylvania Independent Oil & Gas Association President Dan Weaver did not offer an example or evidence to support that.

“For nearly seven years, the industry has been trying to work with DEP to establish reasonable regulations that are specific to conventional operations, but our efforts have fallen on deaf ears, with most – and in some instances, all – of our comments and suggestions being ignored,” Weaver said, adding that the report ”confirms that DEP intends to continue its adversarial approach.”

DEP responded by saying, “Our report was meant to highlight possible environmental threats from abandoned and orphaned wells. It also ensures that operators are in compliance.”

The DEP report says overall performance is so poor among conventional operators that the failure to report seems to be an industry-wide rule rather than the exception. Regulators say there needs to be a significant change in the “culture of non-compliance” before meaningful
improvement can happen.

Conventional drilling is different from the fracking boom that started around 15 years ago.

Conventional wells are drilled vertically. They generally produce less and are shallower than unconventional fracked wells, which can reach horizontally through rock to reach gas deposits.

Drillers can be families that own a couple of wells or large companies with thousands of wells. They’ve been in business since 1859 and drilled for almost a century before the state set any rules.

“The conventional industry has closer connections with individual legislators and they really have been protected at every turn from regulation,” Vitali said.

The report covers inspections and compliance records from 2017-2021. During that time, less than one-third of operators with 11 or more wells submitted annual data on production and mechanical integrity of the sites on time. Another 10-20% reported data, but missed the annual deadline. More than 50% failed to report any data.

The most frequent violation over the five years was the failure to plug wells that are no longer being used. More than 3,000 wells were abandoned over the time period. Other frequent violations include spills of drilling fluids onto the ground or into water, and improper or unpermitted waste disposal.

Abandoned wells are not just empty holes in the ground. Methane, the main component of natural gas, can leak into the atmosphere, where it has 80 times the warming power of carbon dioxide over a two decade period. 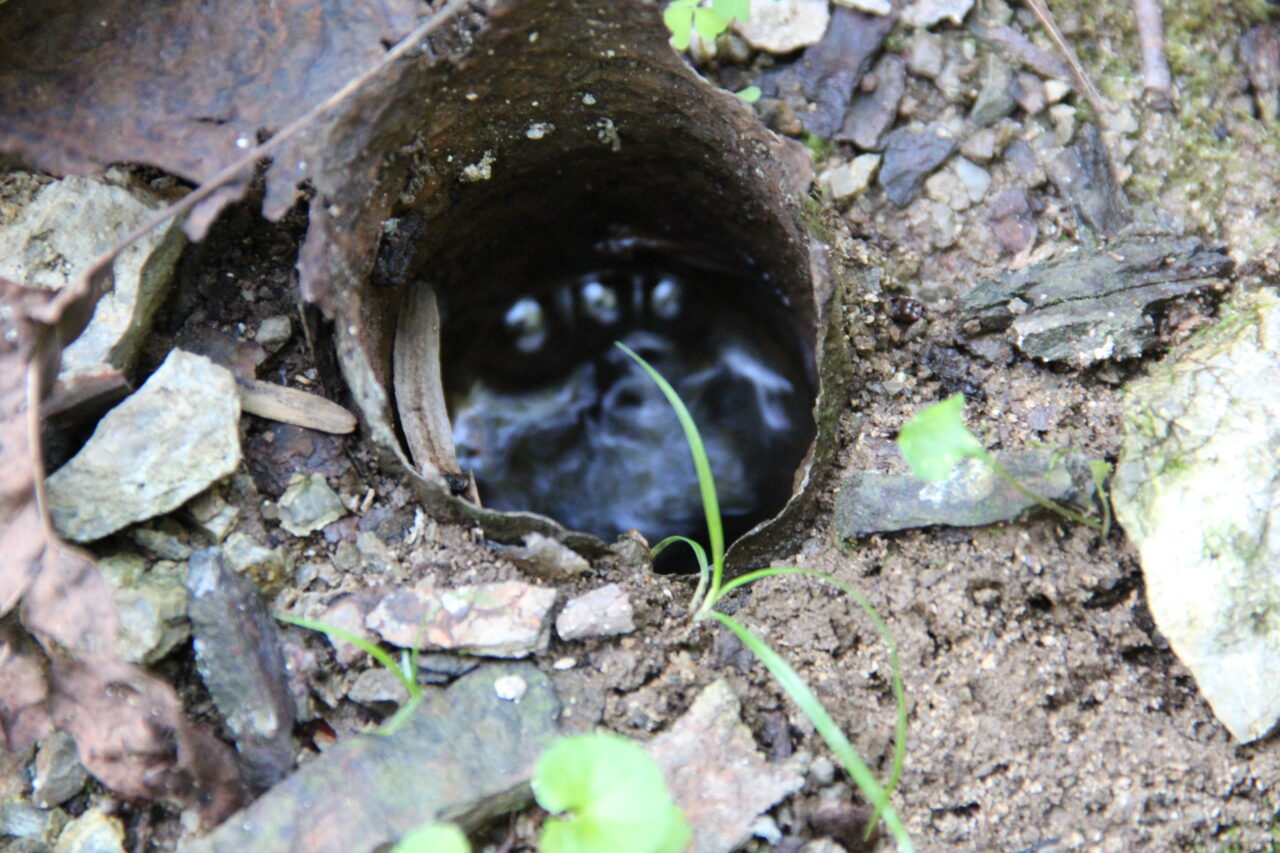 Gas bubbles percolate in an abandoned well in Springhill Township, Greene County, near EQT’s Lumber well pad July 19, 2022. A nearby resident says the bubbles weren’t there before EQT started fracking the well, and said a DEP inspector told him the gas was methane.

The report says proper plugging is critical for protecting public health and safety as well as the environment.

If a company shirks responsibility for plugging a well, the job and the cost fall to the state–which already has an estimated 200,000 legacy wells to clean up. DEP says it costs around $30,000 to plug one well, on average.

“There are so many of these wells that have been left for us to take care of in the state of Pennsylvania. It’s mind-boggling at times,” said John Ryder, the Director of District Oil and Gas Operations at DEP.

Adam Peltz, a senior attorney with the Environmental Defense Fund, says the low compliance rate is an emergency.

The Sierra Club has been pushing state regulators to enact more stringent rules for the conventional industry.

Jain said allowing more wells to go unplugged could jeopardize federal money meant to help. Pennsylvania is eligible for more than $100 million in the first round of the well-plugging funds from the recent Infrastructure, Investment and Jobs Act.

“You can’t just be plugging your finger in the hole as the hole gets wider. Until you address the fundamental problem of the oil and gas industry abandoning wells as a business model you’re not going to solve the problem,” Jain said.

Between 2017 and 2021, DEP issued 1,139 Notices of Violation. Only 44 administrative orders – a follow-up to try to get the company to fix its violations – were issued or consented to. The agency issued 5 Petitions for Contempt for operators that repeatedly ignored requests to fix violations.

DEP says it already has some tools that could get drillers to send in their required reports, prevent drilling fluid spills, and clean up their old wells. The report recommends creating standards so the agency can move more quickly from recognizing a problem to sending an official notice, levying a fine, or seizing a company’s assets if the driller doesn’t respond.

For example, companies have to put up bonds to show they have money set aside to clean up wells at the end of production. The DEP, he said, could seize a bond if the operator fails to plug the well and does not respond to agency requests to plug it. Then the agency would use the money to have the well safely closed.

“It really is a very resource- and labor-intensive process to move from, ‘Hey, we noticed there’s a problem here’ to what are we going to do about it?” Klapkowski said.

He said the agency already has a streamlined process for emergency well-plugging contracts that could serve as an example.

But the agency needs more staff.

The law that prompted this report directs federal well-plugging money to a state fund, sets grant amounts for plugging based on well depth, and prevents DEP from creating stricter requirements at the state level than the federal level when awarding grants.

It also takes away the Environmental Quality Board’s authority to set bonding amounts for the conventional industry. The Sierra Club had petitioned the EQB to raise bond rates, and the board was considering it.

Klapkowski said the agency periodically does informal and internal reviews of the data, but the new law’s restriction on the EQB was such a departure from the norm, an official review was warranted.

“It was really a unique event, I think, in my career. And so, I think that really spurred the idea of: we really need to sit down and do a formal review of what this industry is doing and where those problem points are, honestly,” Klapkowski said.

The report was due Sept. 1, but was not released until Dec. 29, 2022 – too late for the Wolf Administration to take action. But McDonnell and Klapkowski said the report’s timing – at the beginning of a new legislative session and a new governor’s term – could be an advantage.

“Nothing big happens in Harrisburg unless the governor is behind it,” Vitali said.