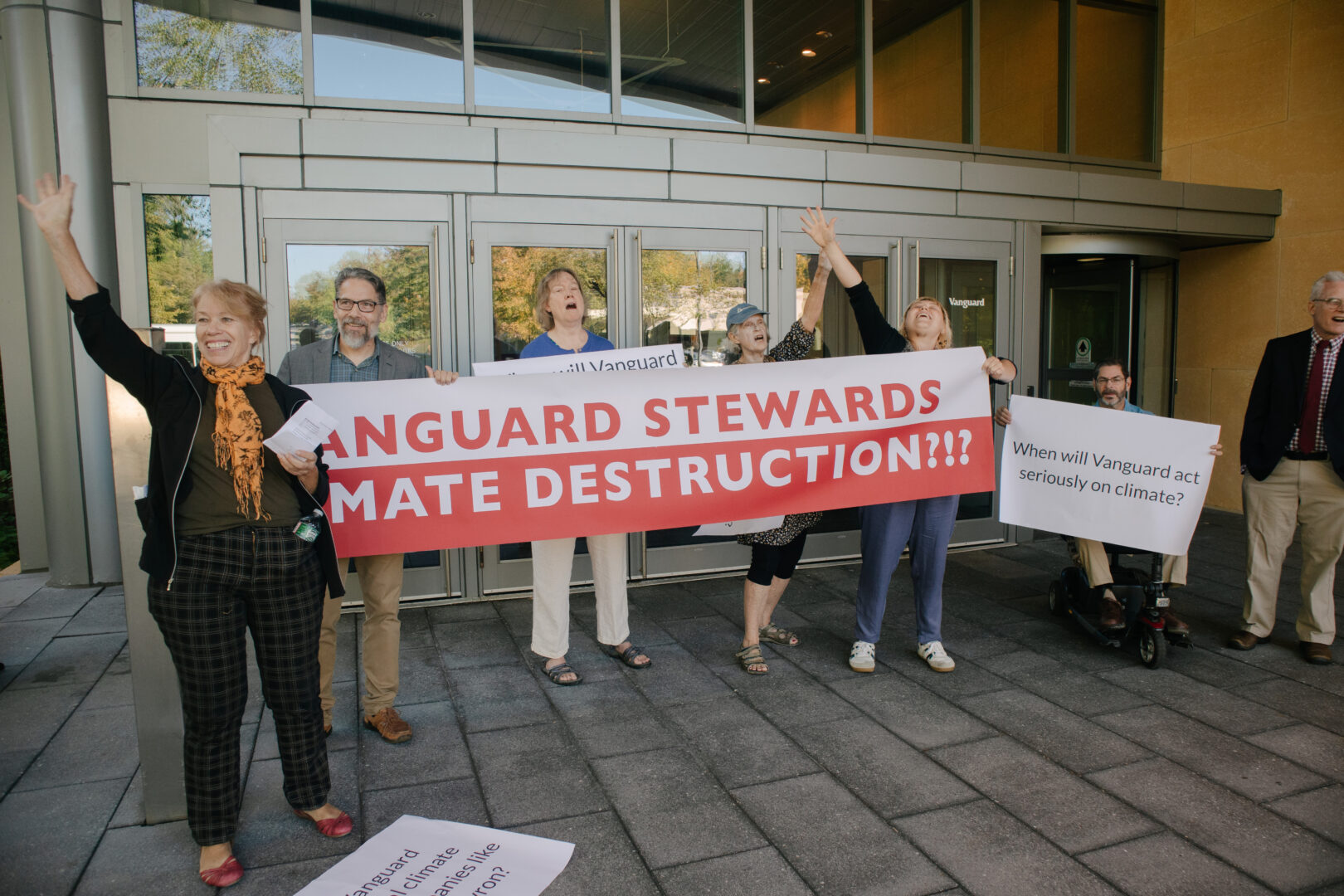 Vanguard has angered climate activists for pulling out of an international initiative aimed at cutting carbon emissions. The suburban Philadelphia asset manager is one of the largest in the world, providing services to 30 million individual investors with a portfolio of $7 trillion.

The company says it withdrew from the Net Zero Asset Managers initiative to preserve independence and prevent confusion. But climate activists say the company bowed to right-wing pressure.

“It’s really short-sighted on Vanguard’s part especially if you think about the power and influence they have in the industry,” said Roberta Giordano, senior finance campaigner with the Sunrise Project. “The majority of clients actually care about climate.”

The Sunrise Project is part of the global Vanguard S.O.S. campaign aimed at pressuring the company to disinvest in fossil fuels. On Thursday, two dozen activists led by the Philadelphia-based Earth Quaker Action Team, also part of Vanguard S.O.S, demonstrated at Vanguard headquarters in Malvern.

In a statement posted on its website, Vanguard said its decision was made after a review.

“Such industry initiatives can advance constructive dialogue, but sometimes they can also result in confusion about the views of individual investment firms. That has been the case in this instance, particularly regarding the applicability of net zero approaches to the broadly diversified index funds favored by many Vanguard investors.”

Vanguard also said it would continue to consider the risks of climate change on its investments.

“This change in NZAM membership status will not affect our commitment to helping our investors navigate the risks that climate change can pose to their long-term returns.”

Those pushing back included former Vice President Al Gore, who told Bloomberg Vanguard’s move to leave the group was “irresponsible.”

Sunrise’s Giordano says even as a member of the Net Zero group, Vanguard failed to commit to stop investing in fossil fuels.

“What’s most important is Vanguard’s actual plan to decarbonize its portfolio,” she said.

Giordano says the timing came soon after Republican politicians have stepped up their own campaign to criticize companies and investors committed to tackling climate change.

In November, a group of GOP senators that include Pa. Sen. Pat Toomey sent a letter to corporate law firms warning that they would investigate such efforts, referring to them as anti-trust violations.

Electric utilities in Pa. monitoring grid in the wake of North Carolina attacks