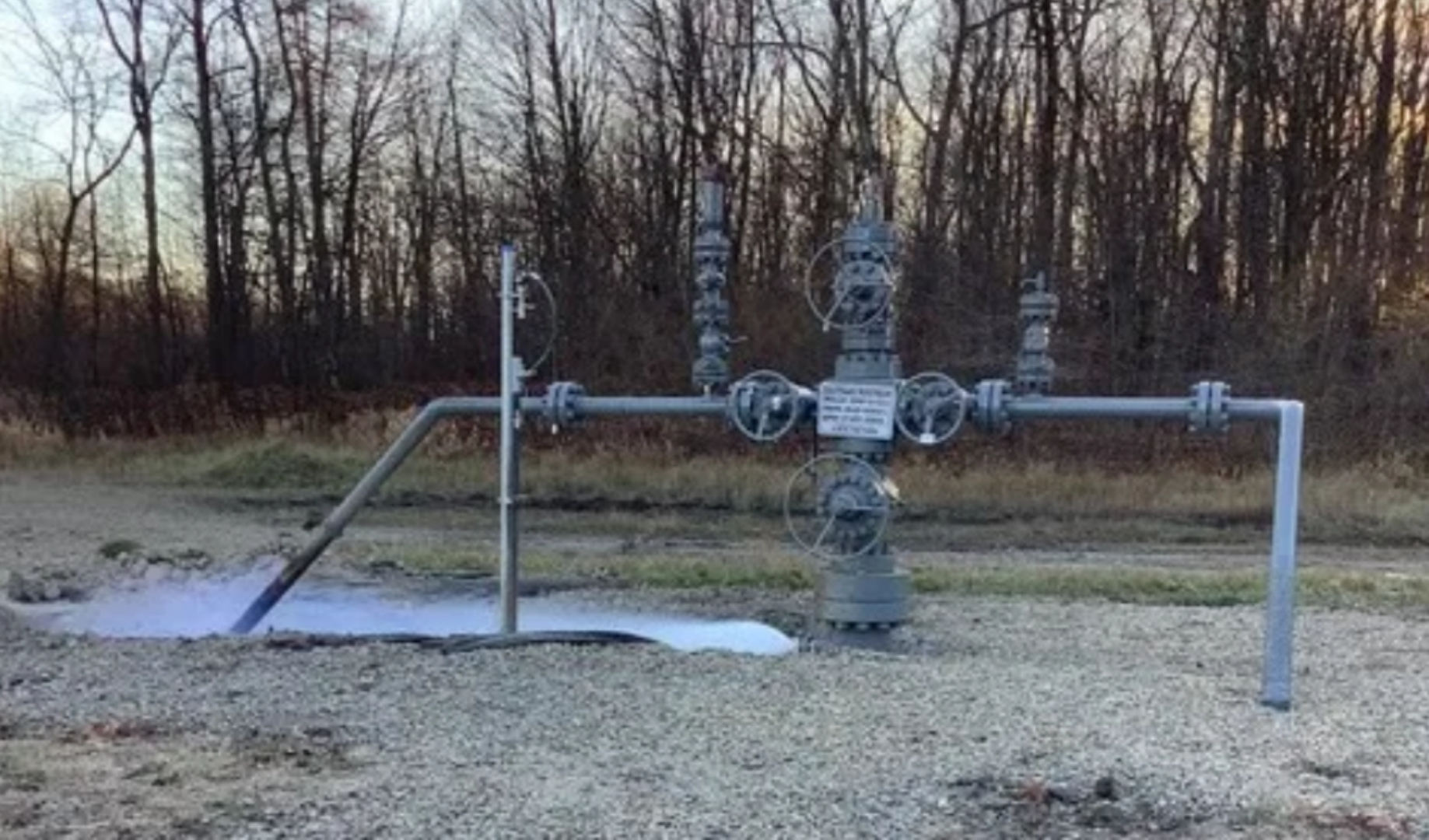 A leak at a natural gas storage site in Western Pennsylvania has been stopped after more than a week.

The Rager Mountain storage site started spewing natural gas Nov. 6, according to a statement from its owner, Canonsburg, Pa.-based Equitrans Midstream. A crew brought in by the company “​​successfully flooded the well, which stopped the flow of natural gas,” Equitrans spokeswoman Natalie Cox said in an email.

Cox said the company used “a preliminary, conservative estimate of 100 million cubic feet/day” for “operational purposes; however, we are unable to provide an accurate account of the gas loss until an inventory verification study is completed.”

That would put the leak in the company of other major gas leaks in recent years. It is the same rate of gas flow for a 2018 incident in which a well in Belmont County, Ohio, blew out. It vented gas for 20 days at a rate twice as high as the 2015 methane leak at Aliso Canyon gas storage site near Los Angeles, the largest methane accident in US history. That leak took four months to close.

An Equitrans spokeswoman said the company doesn’t know what caused the leak. People who live near the site were warned about the leak, and a no-fly zone was established within one mile of the site, north of Johnstown, according to the Pennsylvania Department of Environmental Protection.

The company stores about 9 billion cubic feet of gas at the site, which includes 10 storage wells and two observational wells. It was built over a depleted gas field that was first developed in the 1960s and later retrofitted to store gas.

According to a report filed by the DEP, agency inspectors arrived at the site on Nov. 7, and wrote that the “uncontrolled release from the well was ongoing.” The inspection report noted the company was issued four violations, including one for venting “gas to the atmosphere that produced a hazard to the public health and safety,” and that the company had retained a well control service company that would try to stop, or “kill” the well with brine, a salty liquid produced by oil and gas drilling.

Cox said the leak was observed from a 1 ⅝” – inch vent in one of the wells at the facility. She said the contractor the company hired to stop the leak has encountered problems with weather patterns and an obstruction in the well bore they tried to close down. The DEP agreed to the company’s request to withdraw gas from four surrounding wells to relieve pressure from the storage site, Cox said.

DEP spokeswoman Lauren Camarda said that at the agency’s request, Equitrans set up air monitoring in the area and initiated a gas migration investigation.

Bruce Baker, a Jackson Township supervisor, said the sound of the leak had been audible on Dishong Mountain Road, near the Laurel Ridge in the Laurel Highlands. He said it sounded “like an air leak, like air rushing out of an air hose…not quite like a jet engine, but it’s just a loud hiss.”

He said some residents said they could detect the sour odor of natural gas, similar to a leak from “a propane tank on your grill.”

No one was evacuated. Cox said Equitrans will conduct a “full root cause investigation and analysis once the plugging operations have concluded” and that the company didn’t know when the facility would be back in service.