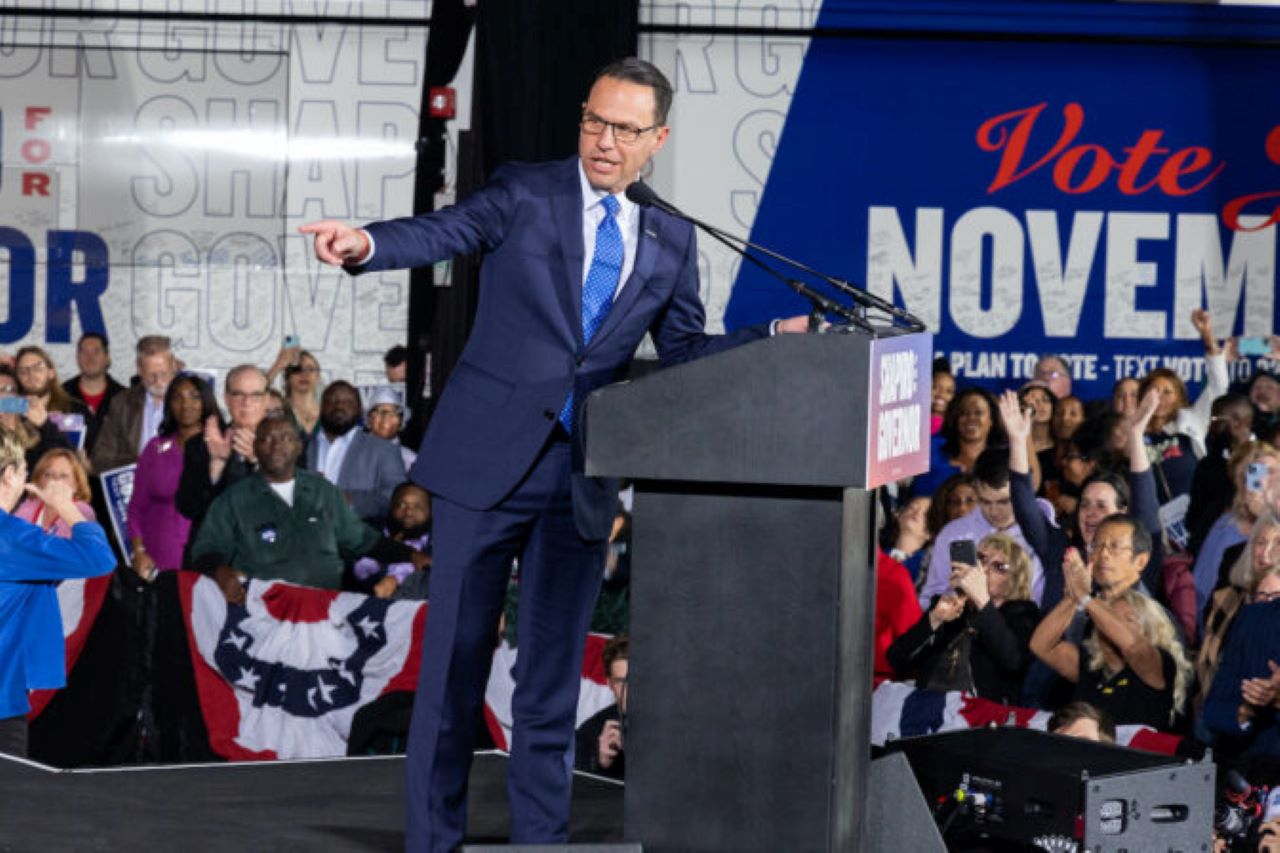 Shapiro said during his campaign that he wants to make sure Pennsylvania has a comprehensive climate and energy plan that will grow the economy and create jobs.

“I think that gives him a lot of room to maneuver and work with the Republicans on these critical issues,” Hess said.

During Tom Wolf’s administration, GOP lawmakers generally supported fracking and the petrochemical industries and did not pass climate-specific legislation.

Control of the state House could flip to Democrats. A couple of races in suburban Philadelphia are coming down to razor-thin margins.

Even though votes are still being counted, Democratic leaders held a news conference Wednesday to say they’re sure their party will win a majority in the House.

Results are unofficial until certified by the state on Nov. 28.

If Democrats get the House majority, it could make the legislature more friendly to environmental causes. But Shapiro would still need to negotiate with a Republican-controlled Senate, which has not passed any major climate measures.

The Shapiro campaign and Senate GOP leadership did not return requests for comment for this story.

Shapiro may be better equipped to work across the aisle than his predecessor.

Now Attorney General, Shapiro previously served as a Montgomery County Commissioner and a state representative. Hess said that political background will likely help Shapiro as he negotiates his priorities.

Hess noted Shapiro’s election is a chance to hit reset.

“Right at the beginning of a governor’s administration, and really, the first year, they get the opportunity to set the tone for the rest of their four year term,” he said.

Fellow Democrat Wolf had a rocky start to his tenure in 2015, with lengthy budget fights in the first two years. This year, his main climate program–the Regional Greenhouse Gas Initiative– has been tied up in court with Republican lawmakers.

Shapiro has not definitively said what he will do with RGGI. He said he was concerned the program could hurt jobs and raise energy prices while doing little to help the climate, but that he would make a determination as governor, “in close consultation with workers and affected communities.”

Climate Cabinet, a national group that tracks lawmakers’ stances on climate action, applauded Shapiro’s claim of victory, and organizers said they are closely watching for the final state House results.

Organizer Emma Fisher said their priorities are protecting the governor’s power to enact climate measures and ensuring that the state joins RGGI.

“Pennsylvania is a huge energy producing state and really has the potential to be a huge leader on clean energy. We need to be passing a renewable portfolio standard and a suite of clean energy policies that actually allow Pennsylvania to make the most of the clean energy potential…and jobs that it has,” Fisher said.

Hess said Shapiro will face challenges in trying to hold the oil and gas industry accountable, especially smaller, conventional drillers. Conventional drilling companies are not subject to the same regulations as large fracking companies, but are still a significant source of methane pollution.

Environmental groups signaled that they expect Shapiro to keep a close eye on the fossil fuel industry.

“Governor-elect Shapiro needs to continue holding polluters accountable through strict enforcement and permitting that protects our most vulnerable frontline communities, while investing in a clean energy future and supporting policies that lift up our care workers,” the Center for Coalfield Justice said in a statement. “It’s time to end corporate handouts to the fossil fuel industry, and listen to those of us working to protect and support our environmental justice communities.”

“In Josh Shapiro, voters chose an environmental champion with a proven track record of cracking down on polluters and protecting our constitutional rights to clean air and water,” said Molly Parzen, Executive Director of Conservation Voters of Pennsylvania.