Methane can leak throughout the entire process of developing natural gas-- from well sites, to storage and processing facilities and pipelines. 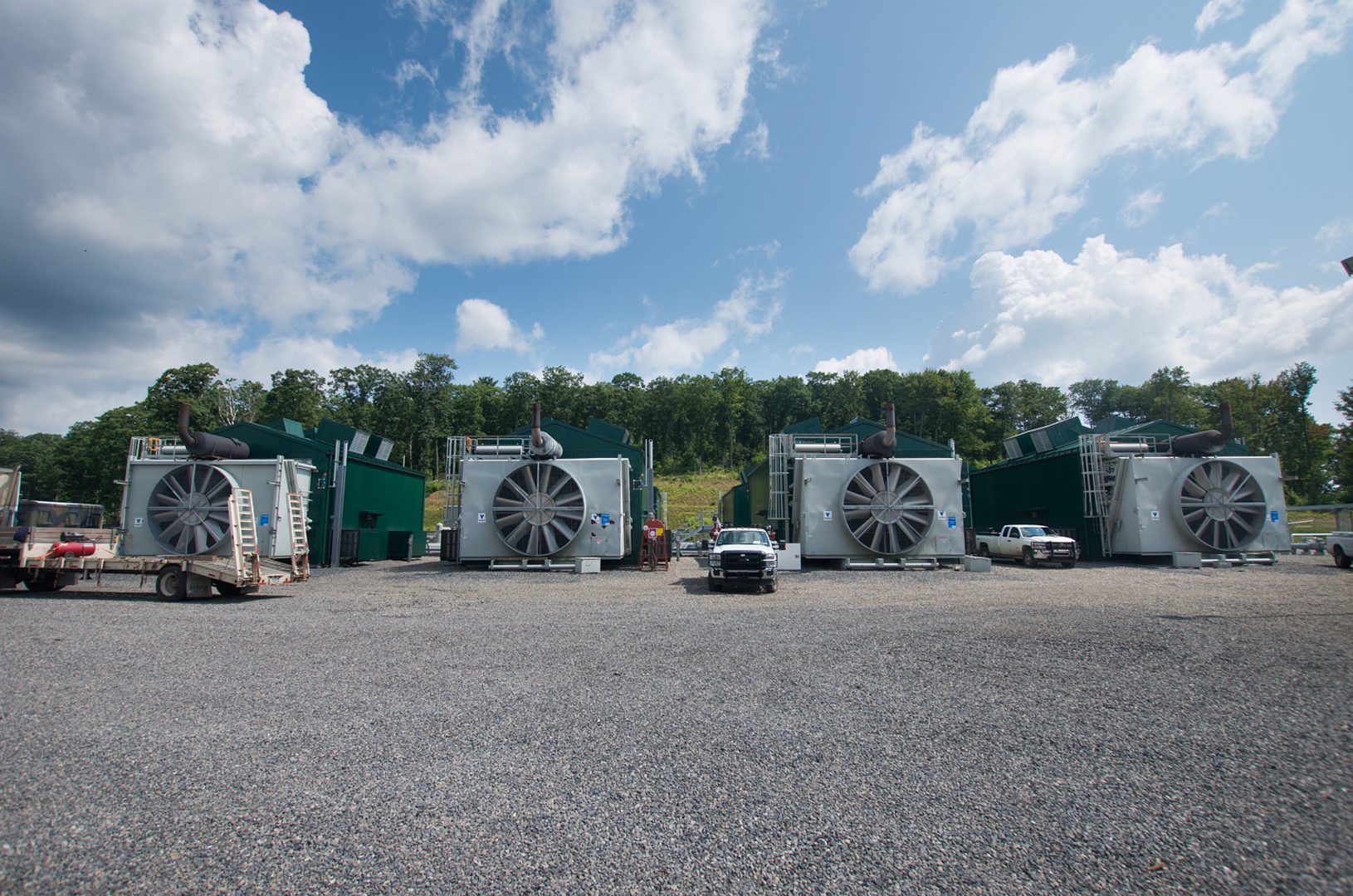 Methane can leak throughout the entire process of developing natural gas-- from well sites, to storage and processing facilities and pipelines.

Pennsylvania is moving forward with new emissions limits on certain oil and gas sites, with two months left before federal sanctions kick in.

The Environmental Quality Board on Wednesday approved the rule on emissions of volatile organic compounds at shallower, conventional well sites.

VOCs contribute to ozone pollution. Controlling them is expected to also lower leaks of the powerful greenhouse gas methane.

The regulation meets 2016 standards set by the federal government. If the rule isn’t final by December 16th, Pennsylvania faces around $500 million in highway funding sanctions in the next year.

Glendon King, a staffer for Rep. Daryl Metcalfe (R-Butler), who chairs the House Environmental Resources and Energy Committee, said the commonwealth is facing penalties now because the Department of Environmental Protection missed several deadlines. He said the legislature still has a responsibility to review the rule.

“They don’t give that up because the department has put us in a position where we’re under the threat of sanctions now,” King said.

Krishnan Ramamurthy, DEP’s Deputy Secretary for Waste, Air, Radiation and Remediation, said the rule took so long because of a gap in data at the state level and changes happening at the federal level. A draft of the rule was presented to EQB in December 2019, just a few months before the COVID-19 pandemic disrupted offices.

“I think that it is clear that anyone who opposes this rulemaking is not acting in the public interest,” she said.

The agency split the rulemaking, and in June the EQB approved a rule for the unconventional, fracking industry.

DEP says the rule for conventional sites is identical to what was presented in the earlier, combined rule. It’s not clear why the agency waited four months to release the rulemaking.

Some Republican lawmakers say the rule should have started at the beginning of the rulemaking process, with a new public comment period and more public hearings. DEP says it has good cause to move forward with a final rule because a delay in implementing it is not in the public interest, due to air quality issues and the financial sanctions.

The rule has long faced opposition from the conventional industry.

Pennsylvania Independent Oil & Gas Association president Daniel J. Weaver said the group “believes that the DEP’s egregious and blatant disregard of Act 52 is unlawful and will not go unchallenged.”

“The Commonwealth is up against these federal highway funds sanctions solely because of DEP’s failure to proceed with due diligence in accordance with both federal and state law requirements.”

The rule covers conventional oil and gas sites that have already been built or drilled. A 2018 rule only covered future wells.

The agency says the new rule would cover more than 27,000 conventional sites, but only 95 of them produce enough gas to be subject to inspections using special leak-detecting equipment.

Requirements for controls and inspections will vary based on how much each well produces.

Under the regulation, owners or operators of a conventional well site with an average production equivalent to 15 barrels of oil (BOE) or more per day and with at least one well producing 15 BOE or per day would need to conduct monthly physical inspections to check for signs of leaks or damage and do quarterly inspections using leak-detecting equipment.

Sites with an average of 15 BOE or more per day and at least one well producing 5-15 BOE would need to do monthly physical inspections and annual equipment-assisted inspections. Operators of these sites could apply for an exemption to the yearly inspections.

Environmental groups have said production levels are not a good indication of how much a site may leak.

John Rutecki, the Environmental Defense Fund’s regulatory and legislative manager for the Appalachian region, said EDF studies have shown that low-producing wells are responsible for half of methane emissions, but only 6% of total production.

Rutecki said DEP’s rule is important for protecting air quality, but he is hoping the federal Environmental Protection Agency will require inspections at small wells in its forthcoming methane rule.

“Our focus in terms of comprehensive and stringent methane reductions from the oil and gas sector is now on the EPA’s upcoming supplemental methane proposal for this source category,” said Clean Air Council’s Robert Routh.