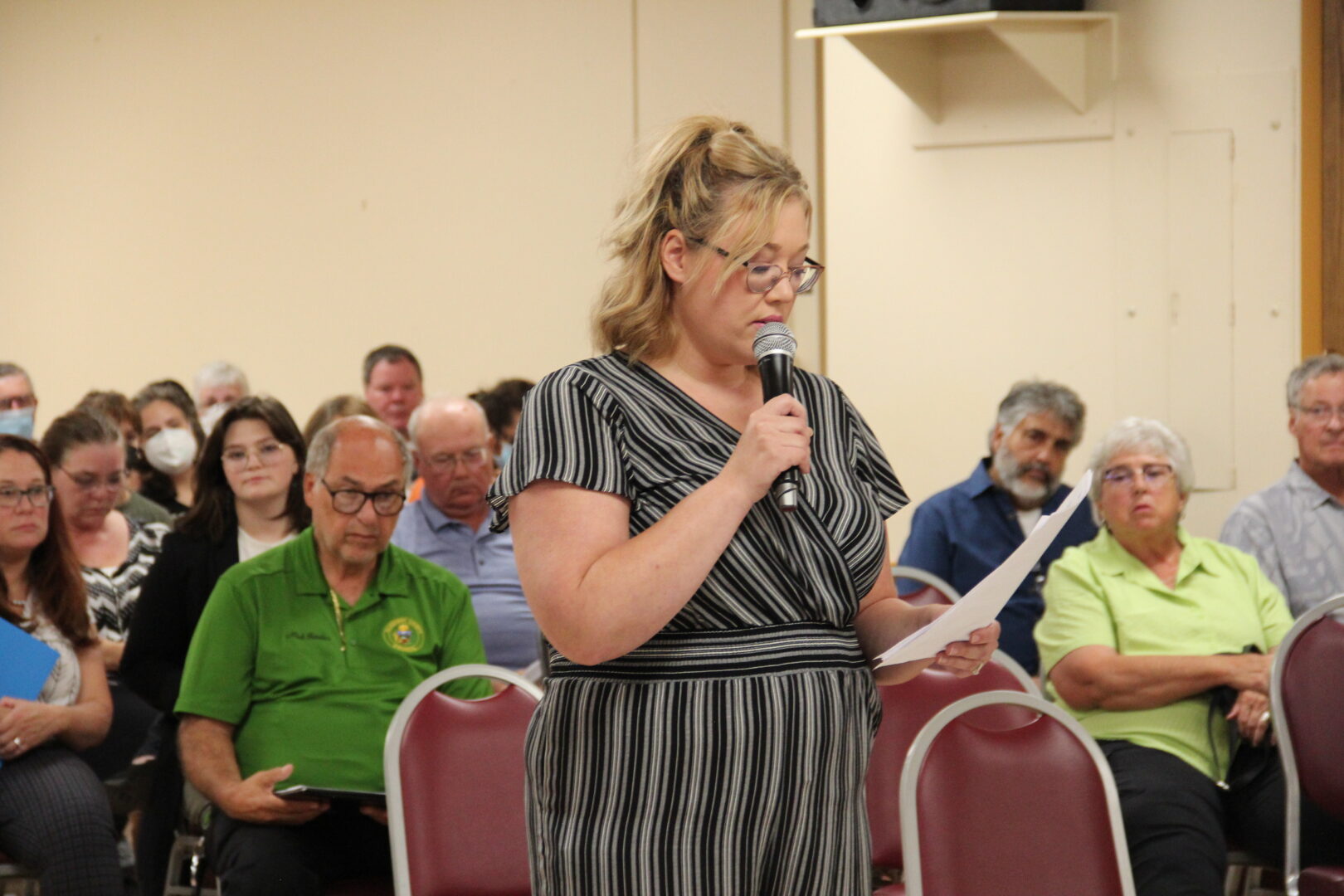 A Westmoreland County company is asking the EPA to approve a second fracking waste injection well in the Pittsburgh suburb of Plum. It would be a few hundred feet from a controversial injection well the company began operating last year.

Katie Sheehan lives across the street from her parents. In the summer of 2021, a few months after Penneco Environmental Resources began injecting natural gas waste nearby, her parents noticed a change to their water.

“My parents noticed a different odor, taste and smell to their water,” Sheehan said.

Sheehan’s water turned orange. She says she’ll never drink it again. It turned out the injection well had recently been shut down because of mechanical issues.

“It is not a coincidence that at the time of the mechanical failure of the casing that we had problems in our water.”

Sheehan was one of many residents objecting to a second well proposed by Penneco at an EPA hearing in Plum. 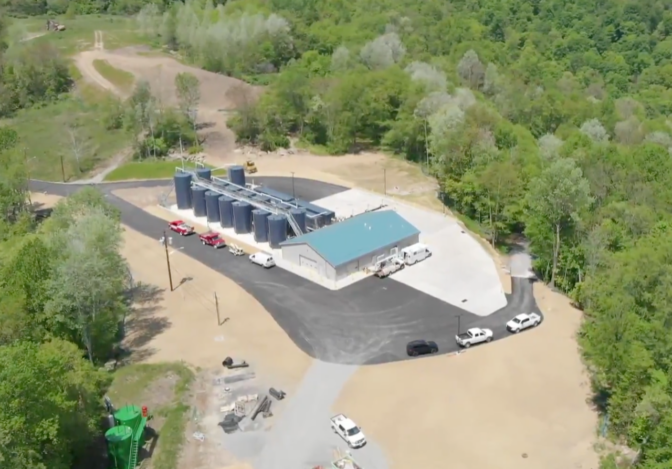 In addition to fears over water contamination, Sheehan and others say they don’t like the air or noise pollution from truck traffic to the site. Others at the meeting said they were worried fluids from natural gas waste, which is too toxic for municipal treatment plants, could get into the nearby Allegheny River, the city of Pittsburgh’s main source of drinking water. The waste has high levels of salts, radioactive materials, heavy metals, and may contain PFAS or “forever” chemicals, used in the fracking process.

“It’s going to endanger the water for the Pittsburgh region,” said Gillian Graber, executive director of Protect PT, an environmental group (Protect PT receives funding from the Heinz Endowments, which also funds the Allegheny Front). “We feel like it’s a very high risk to the Pittsburgh drinking water system, in addition to other water systems that are along the Allegheny River.”

Graber’s group obtained emails through a public records request that show details of the well operations around the time that Sheehan’s water was turning orange. They show the well had experienced casing problems, including mechanical issues that forced it to shut down in June 2021.

Marc Jacobs, vice president of Penneco, said the casing issues in June 2021 were contained inside the piping of the well, and that no fluid escaped into nearby groundwater.

“There was never any connectivity between injected fluids and underground aquifers,” Jacobs said.

Jacobs said the mechanical issue had to do with a “packer” — a mechanical device that seals pressure from one section of a well off from other sections. At no time, he said, were there any mechanical problems with the well itself.

In an email, Roy Seneca, a spokesman for the EPA’s regional office, said that the loss of mechanical integrity was a permit violation that did not result in underground migration of fracking waste.

“Based on the continuous monitoring of the injection well… it’s EPA’s determination that the injection well has not been compromised and we have no evidence of migration of injection fluid from the injection zone that could have caused contamination of an underground source of drinking water,” Seneca said. The EPA decided not to pursue enforcement “(d)ue to the timely response of Penneco to correct the mechanical integrity failure.”

Seneca said an investigation by the DEP after a complaint also found “water supplies mentioned in the complaint were not adversely affected by the injection well.”

Jacobs said the Allegheny County Health Department spent time at the site after a getting an odor complaint and found no violations. The company maintains that the well poses no threat to the Allegheny River, because impermeable rock layers above and below the layer of rock where the waste would be injected will confine the gas waste.

As far as Sheehan’s water problems, Jacobs said, “We don’t know what happened there.” He speculated nearby road crews or heavy storms could have contributed to changes in her family’s water quality. He stressed that DEP studied the issue and absolved the company, determining it had no impact on Sheehan’s or her family’s groundwater.

Sheehan’s father, Frank Smolenski, said his water has gotten clearer, but even still he now runs it through a $3,500 water filtration system he had put in. He blames the injection well for his water problems, and is worried about another going in.

“For 40 years I drank that water, and never had an issue,” he said. “And the only thing that was different was their activity across the street.”

The EPA is accepting public comments on the draft permit until Sept. 7.

Hurricane season off to a slow start, but major storms still possible in the region