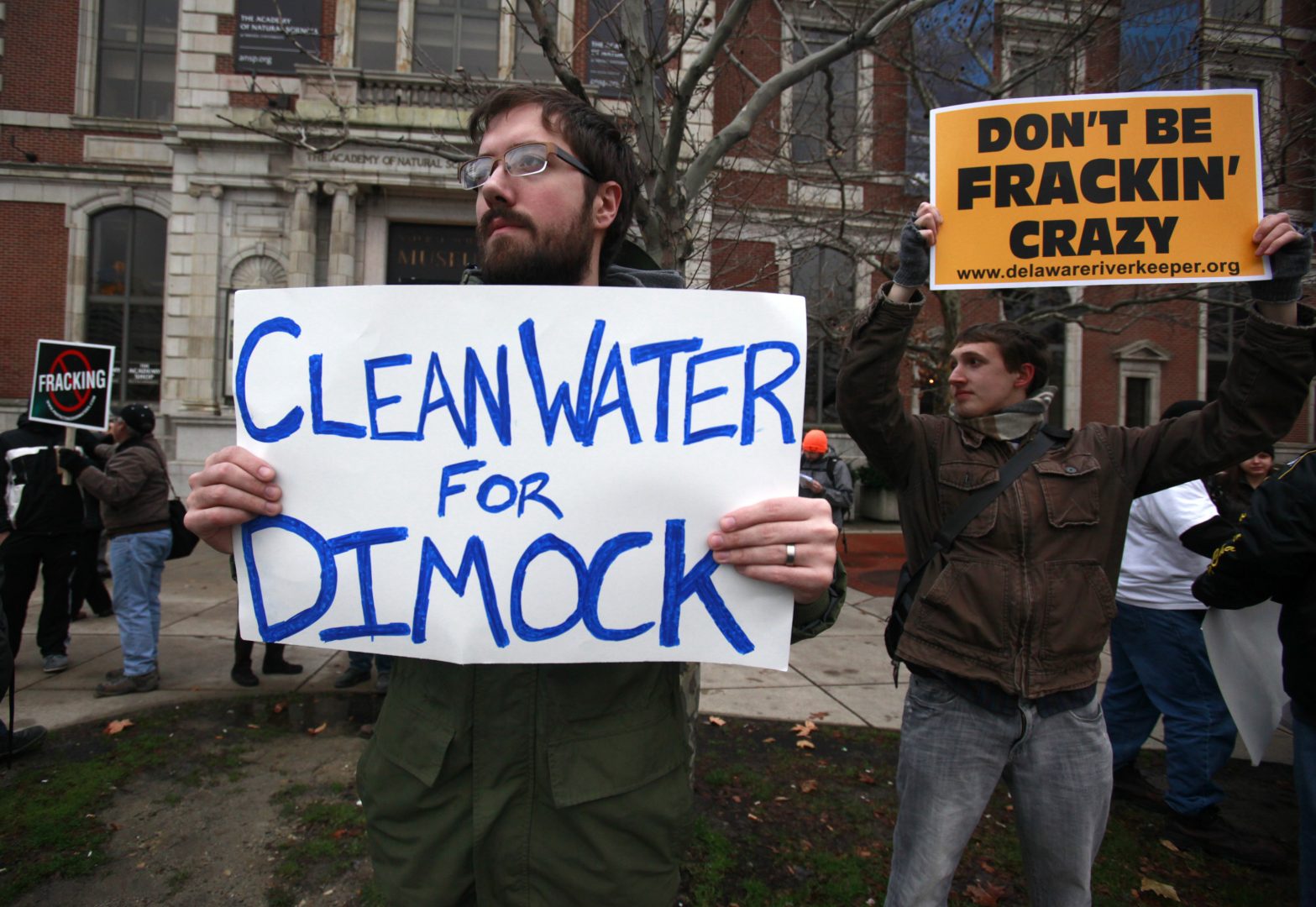 A state court on Tuesday denied an application by Sen. Katie Muth (D, Berks, Chester, Montgomery) to temporarily block a permit for construction of a wastewater plant in the town of Dimock, Susquehanna County, saying her attorney had not shown that there would be immediate and irreparable harm if the project goes ahead soon.

Judge Steven Beckman of the Environmental Hearing Board rejected the application, and said a hearing would begin on July 12 on a motion of “supersedeas” brought by Muth, which would seek again to prevent construction by withdrawing the permit that was issued by the Department of Environmental Protection.

It’s unclear whether the plant’s builder, Eureka Resources, could start construction before the July hearing. The DEP said in a motion opposing a temporary ban on construction that there was no chance of immediate harm from construction because the plant does not exist and it has not received another required permit.

If built, the plant would process wastewater from a nearby natural gas fracking facility run by Coterra Energy, the successor to Cabot Oil & Gas. That company’s production tainted private water wells in Dimock more than a decade ago, and turned the tiny town of some 1,500 people into a national poster child for the possible effects of fracking on local water supplies.

Although the company is now excluded by the DEP from drilling for gas in a 9-square-mile area of the rural township, some residents still avoid drinking water from their wells, and now fear that their water problems will return if the plant goes ahead. 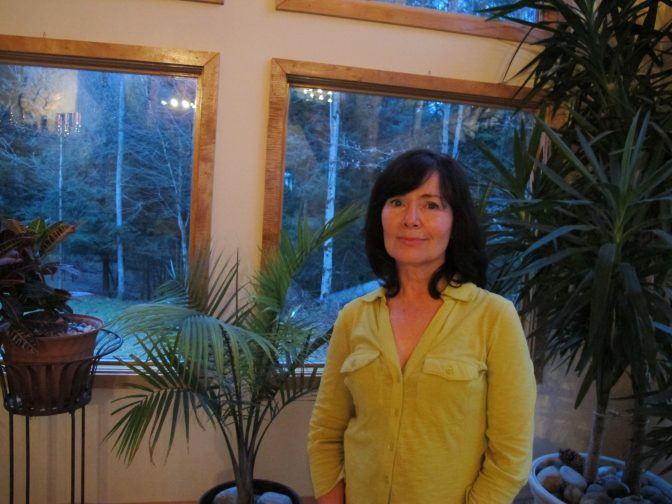 FILE – Victoria Switzer in her home in Dimock, 2012. Switzer and her neighbors complained to DEP, which did find Cabot Oil and Gas responsible for methane migration, but not other contaminants listed on water tests. Residents, who did not have baseline water tests, sued Cabot. Most, including Switzer, settled their cases.

“My issue is with the DEP allowing this facility to discharge anything into a small stream that travels through our farms and back yards,” said Victoria Switzer, a longtime Dimock resident, and an outspoken opponent of the gas industry. The stream, Burdick Creek, that would take the treated wastewater, flows through her back yard.

Switzer, who still drinks only bottled water, was one of a group of residents who sued Cabot and received a settlement in 2012 that requires recipients not to disclose its terms, or to discuss the matter publicly. Now, she denies that she’s “going after” Coterra but feels compelled to speak out against what she fears is a new threat to Dimock’s water.

“It’s a battle for little Burdick Creek, but it’s more than that,” she said.

For years, Switzer has battled with her state Senator Gene Yaw (R-Bradford, Lycoming, Sullivan, Susquehanna and Union Counties) who staunchly supports the gas industry, and has rejected concerns raised by Switzer and some of her neighbors.

In their latest exchange, in response to Switzer’s request for his help in resisting the treatment plant, Yaw called her a liar. 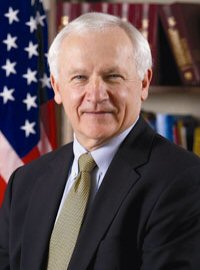 “You don’t have a dam [sic] clue what you are talking about,” he said in an email on April 22. “Get some facts and stop lying. The discharge is equivalent to distilled water. In fact, the only complaint is that it is too clean.”

Switzer said his email was responding to her appeal saying that Dimock doesn’t need a new potential source of water pollution.

“We have endured much here, Senator Yaw,” she told him. “We are now being asked to accept a waste treatment facility that will accept toxic water from fracking operations, and discharge treated water into our Burdick Creek. I say enough is enough, Senator.”

Yaw’s office did not respond on Wednesday for a request for comment on why he called Switzer a liar.

Muth — a Democrat who sits on the Environmental Resources and Energy Committee that’s chaired by Yaw — said she filed the case because she’s concerned that treated water from the new plant would still contain harmful levels of radium that could contaminate private water wells and poison water supplies for local farmers.

“The quote-unquote cleaned effluent we know has very high levels of radium and other harmful constituents,” she said in an interview.

Muth cited DEP data obtained by the Public Herald, a media outlet, through a right-to-know request, showing high levels of radium in treated water from other plants operated by Eureka. But she said a public-comment period before the DEP issued its approval of the Dimock plant in January yielded no comments.

“No one in Dimock had a chance in hell of looking at the cleaned effluent levels of radium 226 and 228 that the Public Herald obtained,” Muth said. She said the lowest test result sharply exceeded the state drinking water standard for radium.

Muth accused the DEP of improperly issuing its permit without meeting a requirement to obtain approval from the U.S. Environmental Protection Agency, and of falsely claiming that it had obtained a waiver from the federal agency. Officials from the EPA “told us that they never saw this permit,” Muth said. “Turns out this type of permit never gets a waiver, meaning the EPA has to have involvement in order for the DEP to approve it.”

In an email to Switzer on May 5, the DEP said EPA approval was not needed for the permit.

On Monday, the agency urged the EHB — which hears appeals of DEP actions — to dismiss Muth’s application for a temporary suspension of the permit, saying there’s no danger of water contamination from a plant that’s not yet built. It argued that it had not received Eureka’s application for a Water Quality Management (WQM) permit which would be needed for the project to move forward under another permit, NPDES, which the DEP issued in January.

“If there is no facility, no discharge, and no WQM Permit in order to discharge under the NPDES Permit, there is absolutely no likelihood of immediate and irreparable injury to the public or other parties, including the appellant, Eureka or the department,” the DEP said in its motion to the court.