In this photo from 2017, Dennis Hajnik (center) directs a solar panel installation in Bryn Mawr. 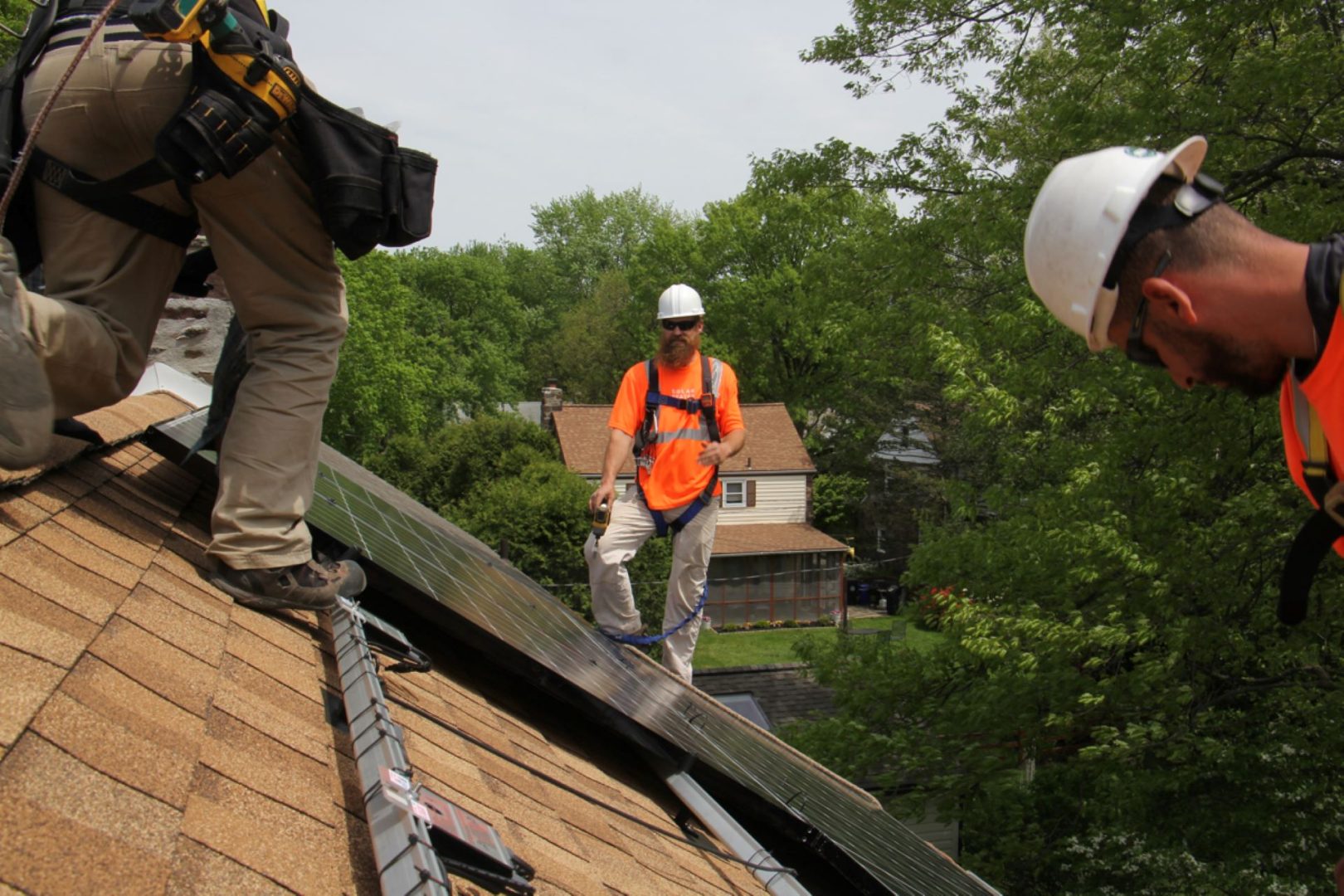 In this photo from 2017, Dennis Hajnik (center) directs a solar panel installation in Bryn Mawr.

Pennsylvania’s renewables industry may have an opportunity to sell more solar panels or wind turbines as prices of fossil fuel-powered energy spike in response to Russia’s invasion of Ukraine, and warnings of climate chaos intensify, analysts said.

With U.S. natural gas prices at their highest in more than a decade, and electricity costs rising in tandem, individuals and businesses are more inclined to seek alternative energy sources that will be less costly and more sustainable, energy industry observers said.

And energy consumers are seen more likely to seek renewable alternatives in light of the latest report from the UN’s Intergovernmental Panel on Climate Change, which recently called again for significant and immediate efforts to curb carbon emissions in the hope of keeping the average global temperature rise at less than 1.5 degrees Celsius (2.7 degrees Fahrenheit) compared with pre-industrial levels.

Take Climate Solutions’ quick survey to tell us what you’d most like to know about climate-related issues.

“There has been growing interest in renewable energy and efficiency measures,” said David Hess, who was secretary of Pennsylvania’s Department of Environmental Protection in 2001-03 under Republican governors Tom Ridge and Mark Schweiker. “Electric prices have gone up, driven by natural gas prices. Whenever prices go up, whatever the cause, people begin to think of those sorts of things. It’s a reasonable reaction.”

According to American Clean Power, a national nonprofit that advocates for renewables, some $4 billion has been invested in the industry in Pennsylvania so far, creating 8,000 jobs and cutting carbon emissions by some 3.1 million metric tons. 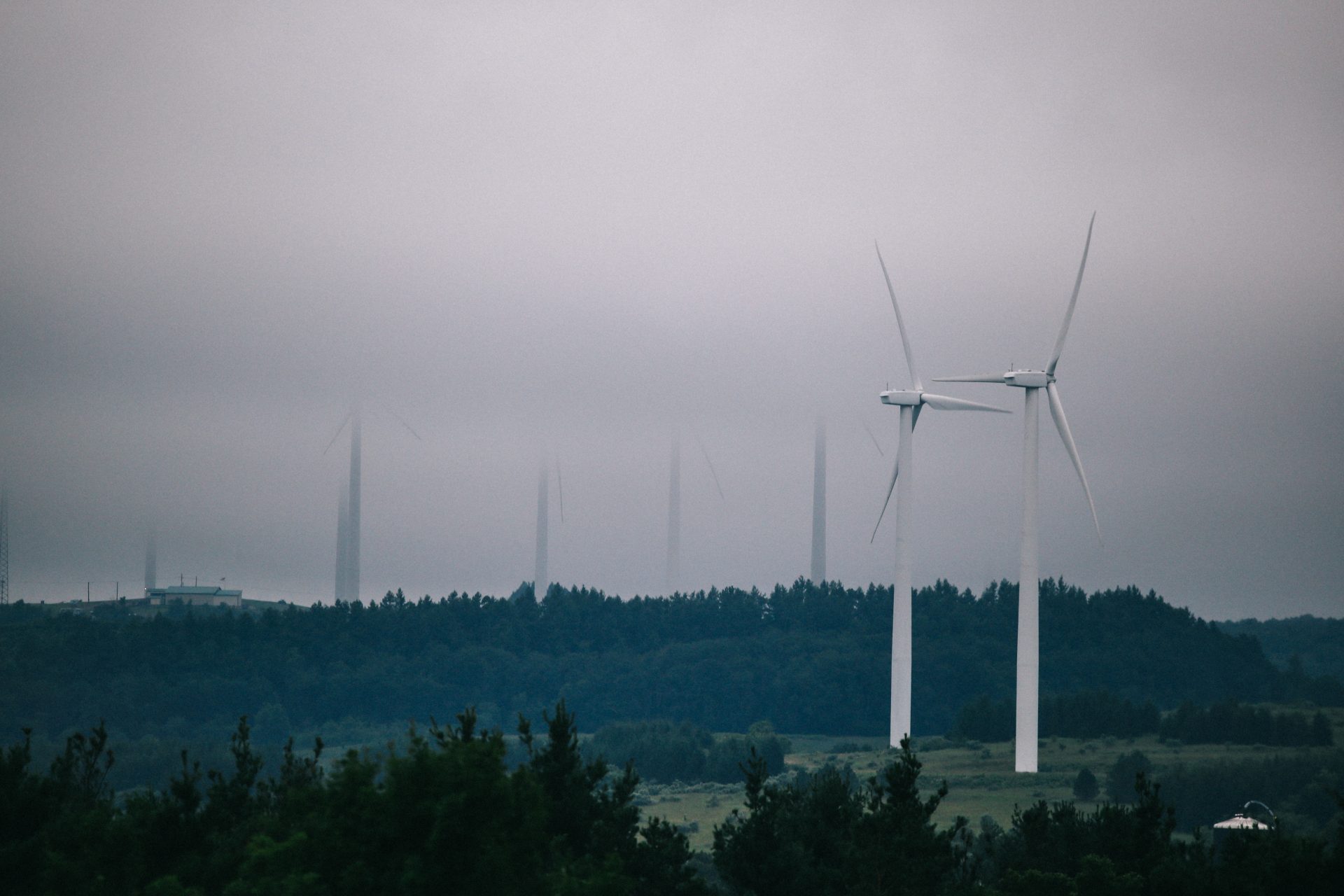 But only 1.6 percent of the state’s electricity comes from wind, solar or energy storage, resulting in a ranking of 44th of 50 states for renewable power use, ACP said. And Pennsylvania’s combined wind, solar and energy storage capacity is only about 1.7 gigawatts, or less than the power that will be produced by just two wind farms that are planned off the coast of New Jersey.

The state’s low renewable rankings suggest there’s an opening for the industry now that more consumers are looking for alternatives to fossil fuels, analysts said.

Sharon Pillar, executive director of the Pennsylvania Solar Center, an advocacy group, said the industry has been boosted by the fact that it is now the lowest-cost source of energy, and is free after its capital costs are paid.

“The interest in renewable energy and in solar has been increasing exponentially over the past several years as solar is now the lowest-cost energy,” she said.

Although Pennsylvania last year met a renewable energy goal set by its Alternative Energy Portfolio Standard in 2004, the Legislature has not updated the standard, and that has meant that much of the renewable energy purchased by Pennsylvanians is being generated out of state, Pillar said.

“Pennsylvania ratepayers are paying for these out-of-state resources and the jobs and economic development and private investment went elsewhere,” she said. “The state legislature could change this so at the very least these resources have to come from in-state.”

Buyers of wind and solar may also be encouraged by the outlook for natural gas prices, which are not expected to return to their previous rock-bottom levels because the industry is enjoying the recent increase.
The industry has many unused leases and permits that could allow it to increase production quickly if it wanted to, but it has not done so because it does not want to derail the recent runup in prices, Hess said.

“They’re not rushing to do that,” he said. “They could almost throw the switch and produce more gas overnight but we don’t see any evidence of that.”

“Natural gas is still critical for baseload generation and ensuring the reliability of our electric grid, something that renewable energy cannot yet achieve.” — Dave Callahan, president of the Marcellus Shale Coalition

Natural gas futures prices in New York rose to $6.68 per million BTUs on Tuesday, more than $4 higher than a year ago, and the highest since 2008. With a recent increase in the use of natural gas for power generation, especially in Pennsylvania, retail electricity prices have also jumped. The national residential retail price of electricity was 8.1 percent higher in January than a year earlier, according to the U.S. Energy Information Administration.

Pennsylvania’s natural gas industry argues that, while renewables are becoming more competitive, they are no substitute for gas, which provided more than half of the state’s electricity last year.

“Natural gas is still critical for baseload generation and ensuring the reliability of our electric grid, something that renewable energy cannot yet achieve,” said Dave Callahan, president of the Marcellus Shale Coalition, a trade group.

He argued that domestic gas production helps to ensure that the U.S. does not become dependent on overseas energy.

“Domestic natural gas production is key to ensuring that we do not displace our current measure of energy security with a dependence on foreign nations and the critical minerals and elements they produce for renewable energy components,” Callahan said in a statement.

Cutting the EU’s gas imports from Russia might mean more demand for liquefied natural gas from major producing states like Pennsylvania, but it hasn’t worked out that way because America’s LNG export terminals are already running at or near capacity, analysts said. 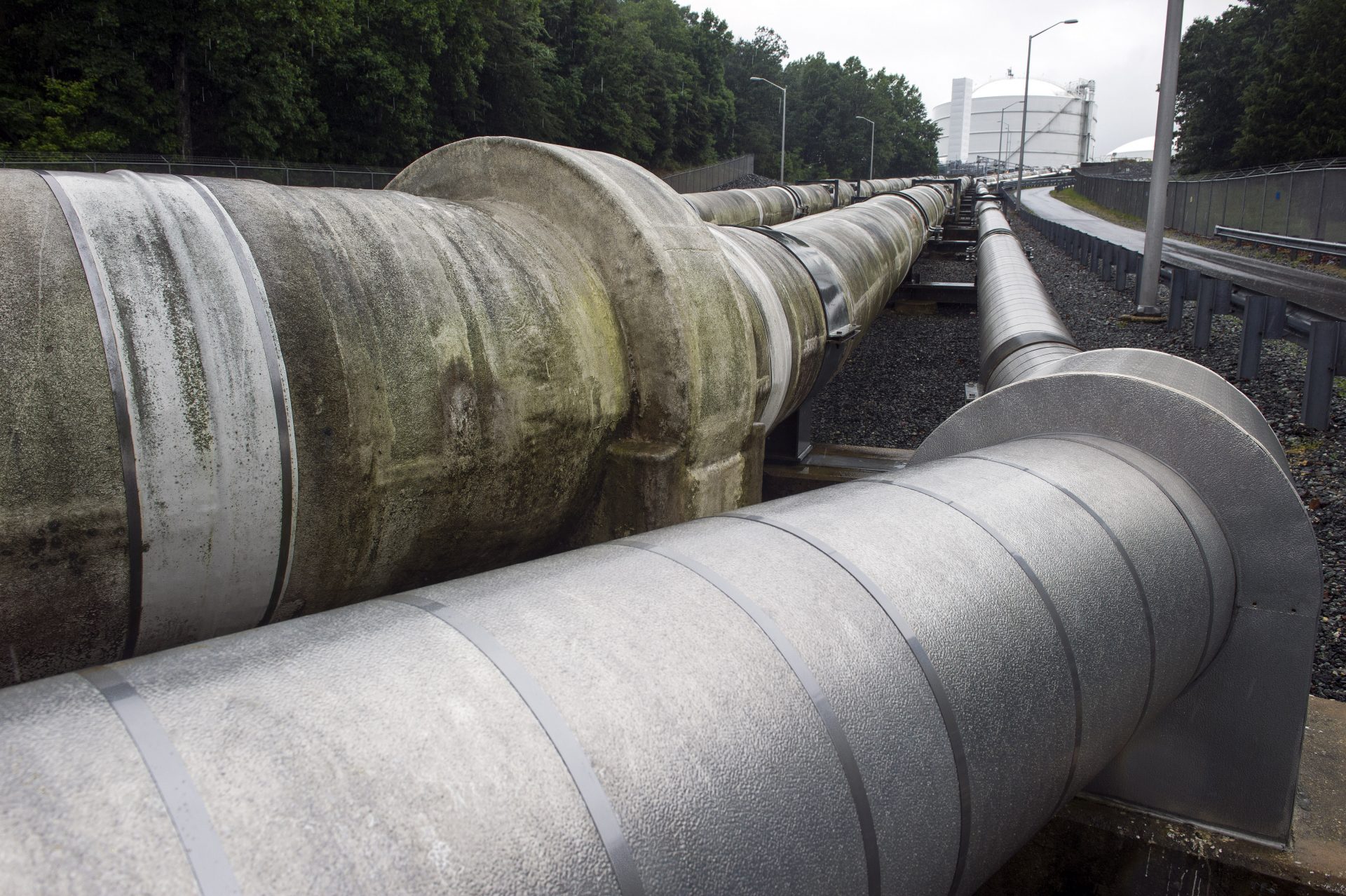 “The reason we don’t have more capacity is that European countries have not wanted to sign long-term contracts to buy fuel because they are trying to be climate champions,” said Rob Altenburg, senior director for energy and climate at PennFuture, a nonprofit. “They don’t really want to be dependent on Russian fuel but they don’t want to be dependent on American fuel either.”

President Joe Biden’s call for more American LNG to supply Europe apparently failed to kickstart construction of a long-delayed liquefaction plant in Wyalusing, Bradford County. The plant, owned by a subsidiary of New Fortress Energy, would super-cool natural gas from the Marcellus Shale for shipment by truck or rail to a new export terminal in New Jersey.

But in March, the company fueled speculation that the project may not be built when it said it would let an air-quality permit expire this summer because it would not have time to build the plant by then.

The European war and a drumbeat of climate worries should offer opportunities to Pennsylvania’s renewables industry, Altenburg said, but state Republicans are using the occasion instead to call for help for natural gas.

In early March, House Republicans introduced a raft of bills and resolutions designed to increase natural gas production and lessen national dependence on imported energy. The proposals included ending a decade-long ban on fracking in the Delaware River Basin, and urging the governors of New York and New Jersey to allow gas pipelines to be built.

“If you look at the bills that are being introduced, they mirror the wish list of the American Petroleum Institute,” Altenburg said. “Everything we see is ‘reduce environmental protections around oil and gas’; ‘take public money and invest it in gas infrastructure’; ‘speed up permitting.’”

“With the international market driving up the price of natural gas, and natural gas driving increases in the price of electricity, that is creating more interest in what the alternatives might be in terms of renewable energy and energy efficiency,” he said.

What the latest U.N. climate report says about transportation