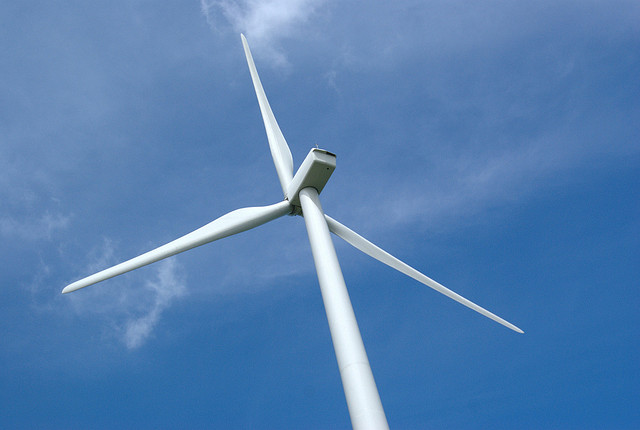 Six energy companies bid $4.37 billion for the rights to build and operate industrial-sized wind farms in federal waters off the coasts of New Jersey and New York, illustrating a shift in dollars toward renewable energy investments.

After three days and 64 rounds of bidding, the auction surpassed all previous federal offshore lease sales, including oil and gas.

At 488,000 acres, it’s the largest offshore wind energy lease sale in federal waters and the first for the Biden Administration, which plans an additional six offshore wind lease sales to meet its goal of 30 gigawatts of energy by 2030.

The six parcels off the coasts of New Jersey and New York lie within what is known as the New York Bight, a section of the Atlantic Ocean that stretches from Cape May Point to the farthest tip of Long Island. The winners include Ocean Winds East, Attentive Energy, Bight Wind, Atlantic Shores, Invenergy, and Mid Atlantic.

“This week’s offshore wind sale makes one thing clear: the enthusiasm for the clean energy economy is undeniable and it’s here to stay,” Department of Interior Secretary Deb Haaland said in a statement. “The investments we are seeing today will play an important role in delivering on the Biden-Harris administration’s commitment to tackle the climate crisis and create thousands of good-paying, union jobs across the nation.”

New York and New Jersey have the country’s largest offshore wind goals, aiming for a combined 16 gigawatts by 2035.

The Bureau of Ocean and Energy Management auction for the New York Bight blew away previous sales, including the most recent 2018 auction when three companies paid a combined $405 million for about 390,000 acres off the coast of Massachusetts. In 2015, two companies bid less than $2 million for 343,833 acres off the Jersey coast. The offshore wind auction also topped BOEM’s most recent 2021 sale of oil and gas leases in the Gulf of Mexico.

The Department of Interior cited a recent report that says offshore wind development could generate $109 billion in revenue for businesses in the supply chain.

“The New York Bight benefited from clear political support, an emerging, yet robust, local supply chain, and a years-long preparation window which should allow the winning bidders to quickly begin the permitting process and put steel in the water by the end of the decade,” said Liz Burdock, CEO of the Business Network for Offshore Wind. “Today’s lease auction follows a tremendous year that saw $2.2 billion in new offshore wind investments, announcements for nine new manufacturing facilities, and dramatic growth in the domestic supply chain.”

New Jersey is developing a Wind Port in Salem County and the new Paulsboro Marine Terminal, which together will create 2,500 permanent jobs in South Jersey and “attract billions of dollars in investments,” according to Gov. Phil Murphy.

The auction drew praise from some environmentalists.

“This shouldn’t be surprising because offshore wind is a gold mine of untapped clean energy and represents the best way to meet the Biden and Murphy administrations’ climate commitments to combat the impacts of climate change,” said Doug O’Malley, director of Environment New Jersey. “Now that we’re seeing the demand, next up we must ensure that we responsibly develop offshore wind quickly. Once we do, we’ll be able to green our region’s electric grid and cut the cord with fossil fuels.”

But not every green group is on board. Save Long Beach Island has filed a lawsuit challenging the BOEM auction for what the group says is a violation of the National Environmental Policy Act, or NEPA. Bob Stern, who helps lead the group, says BOEM should do an Environmental Impact Statement before settling on the lease areas, and those assessments should take into account the cumulative impact of all industrial-sized wind farms in the region.

“It’s just absolutely not the place for three-football-fields-high wind turbines,” he said.

The poles, or monopiles, planned to be driven into the seabed for two currently planned wind farms off Ocean City and Atlantic City, will be 35 feet in diameter, rise 80 stories tall and have 350-foot blades. They will be surrounded by hard structures that have never existed off the Jersey coast. Stern, like many residents, worries the sight of wind turbines will drive away tourists without actually solving the climate crisis. Stern’s group is not against wind farms, but think they should be sited further out to sea.

“It’s the public that owns the ocean,” Stern said. “It’s not the agency. And they’re making these decisions on which areas of the ocean to use, and there’s virtually no public role in that. It just seemed to us to be absolutely wrong.”

The fishing industry is also pushing back, worried that wind farms will lead to the collapse of the clam and scallop fisheries. Recreational fishermen say the wind farms will risk an already fragile ecosystem, which has not been thoroughly studied in order to know the real impacts.

“Millions of acres of ocean are being sold off and the environmental risks are not known,” said Greg Cudnik, who operates a recreational fishing boat on Long Beach Island and helps run his family’s bait and tackle shop. “I live here. I fish here. I see changes in the ocean. I think you’re going to ruin more than you’re going to help with these projects.”

Cudnik and Suzanne Hornick, a member of Protect Our Coast NJ, don’t want to see any wind farms along the coast. Hornick says due to government subsidies passed on to the ratepayers, citizens will pay higher rates for corporate profit.

“They are willing to bid and pay billions of dollars for a lease area,” Hornick said. “Why is that not setting off alarms for people? That means that most likely, they’re going to make trillions in profits. That’s because this is a for-profit operation. It’s not because they care about the Earth.”

Hornick said the wind farms threaten endangered North Atlantic right whales, which migrate up the coast and are down to a population of about 350.

Haaland described the sale as a “once in a generation opportunity” during an announcement in January. Both New Jersey and New York have made a push to attract offshore windfarms as well as the manufacturing and grid upgrades needed to develop the burgeoning industry. The two states say wind development will create “tens of thousands” of jobs while working to tackle the worst impacts of climate change.

Stipulations in the leases would require union labor for construction and include incentives for using domestic supply chains. The plans also focus on environmental justice by requiring those who win the auction to identify and engage with tribes and other underserved communities, as well as other ocean users such as the fishing industry.

The Responsible Offshore Development Alliance, a fishing industry group, recently filed a lawsuit against a planned wind farm off the coast of Massachusetts. The industry says the administration is fast-tracking offshore wind development on an industrial scale at the expense of the environment and sustainable fisheries.

The leases are considered provisional until the Department of Justice and the Federal Trade Commission review the auction. Future offshore wind auctions will lease areas off the coasts of the Carolinas, California, Gulf of Mexico, Central Atlantic, Oregon and the Gulf of Maine.