Mariner East pipeline builder Sunoco will pay $4 million to the Pennsylvania Department of Conservation and Natural Resources as part of a settlement that allows it to resume construction near Marsh Creek Lake State Park in Chester County.

The company spilled between 21,000 and 28,000 gallons of drilling mud into the 535-acre Marsh Creek Lake in August 2020, leading to the shutdown of a part of the lake known as Ranger’s Cove, and a halt to construction along the roughly one-mile long stretch of pipe.

The grand jury report that led to those charges singled out the Marsh Creek Lake spill as one of several examples where Sunoco under-reported the amount of drilling mud released. The mud is primarily bentonite clay, which is nontoxic to humans, but can kill small aquatic life that provide food for larger fish. The grand jury also reported the company used unauthorized chemicals in its drilling mud.

The settlement requires Sunoco to dredge the top six inches of sediment in Ranger’s Cove; replace damaged fish, turtle, and bird habitat; remove all dredging material from the lake; and restore the shoreline and streamside buffers.

The company will also pay a penalty of $341,000 for DEP permit violations and post a $4 million bond to ensure completion of the remediation. The $4 million payment to DCNR will be used toward “rehabilitation and improvements to the park, including an accessible boat launch, stream and shoreline restoration, invasive species suppression, efficiency measures that will take the park to net zero energy, and to add a public visitor center to the park office,” according to a news release from DCNR.

Marsh Creek Lake park is a popular spot for boating and fishing. The spill drew outrage and protests from the surrounding community of West Whiteland Township, especially since Mariner East pipeline construction had already led to sinkholes and drinking water contamination in Chester County.

Residents of Southeastern Pennsylvania have fiercely opposed the natural gas liquids pipeline due to safety concerns, and the spill renewed calls for a complete halt to construction. Gov. Tom Wolf has said he will not halt construction, but would hold the company accountable for pollution. 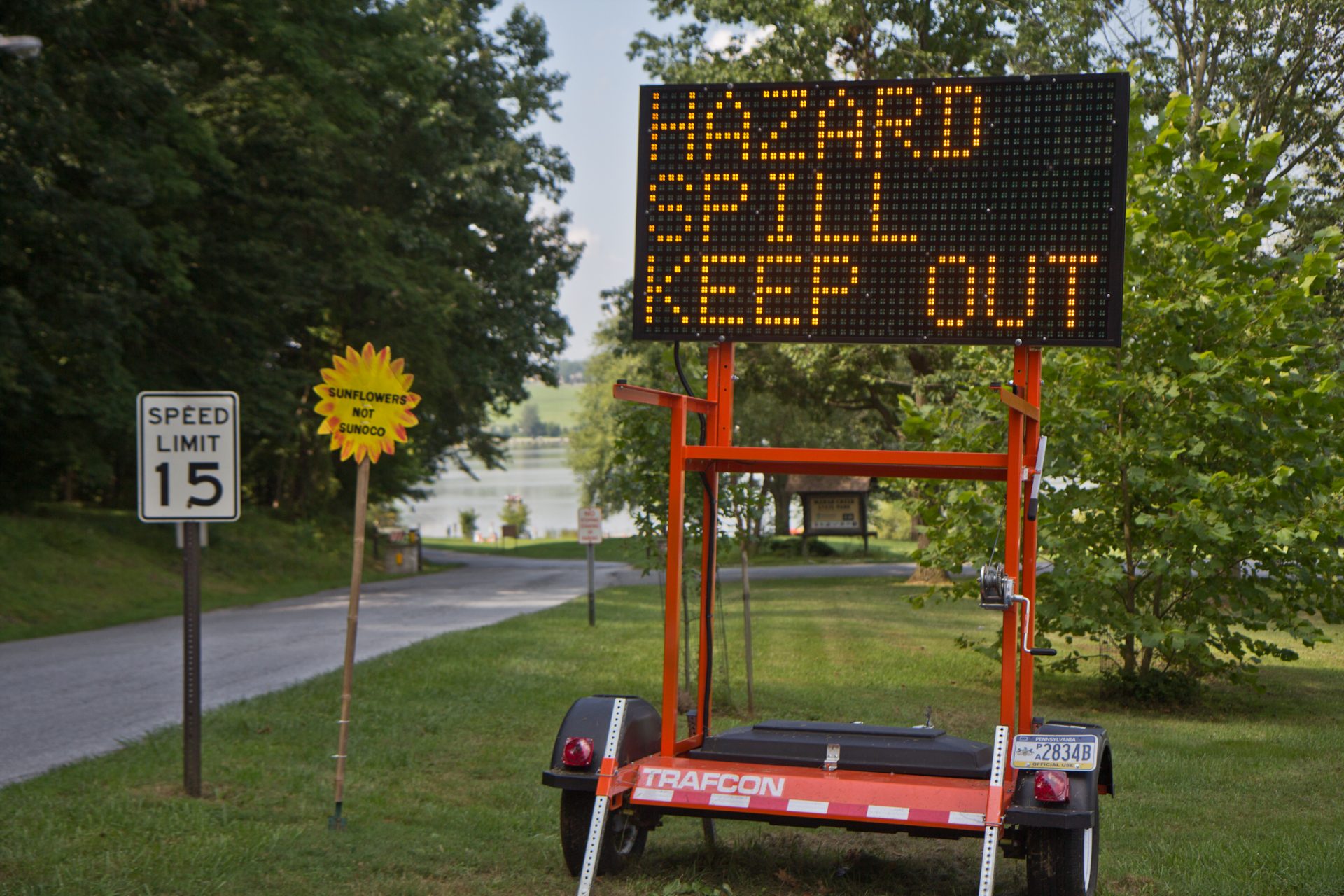 “Southeast Pennsylvania lost a significant recreational resource when the impacted area of the lake was closed due to the drilling fluid impacts, and many residents and community members expressed the need to restore those opportunities,” said Department of Conservation and Natural Resources Secretary Cindy Dunn. “This resolution will put us on the fastest track possible to dredge and restore Ranger Cove, and also will result in habitat and visitor improvements at Pennsylvania’s fifth most-visited state park.”

The remaining construction on that section of the pipeline will not use horizontal directional drilling, a process that drills underneath the ground. Instead, the new permit with DEP allows Sunoco to use open-trench to complete the pipeline in a path that will not travel beneath the lake. Drilling through Chester County’s karst, or porous limestone geology, has resulted in sinkholes and “frac-outs,” where groundwater returns to the surface and can damage fragile wetlands. A spokesperson for DEP said it’s unclear when construction will restart in that area.

The company says the new permits from DEP will allow it to complete construction of the Mariner East natural gas liquids lines.

“We are pleased that our permit modifications have been approved for the installation of our final pipeline segment in Chester County,” Energy Transfer spokeswoman Lisa Coleman said. “The NGLs transported through Mariner East are critical to our supply chain as the building blocks used to manufacture the products we use daily.”

The statement also said the company looks forward to working with DEP and DCNR on the Marsh Creek Lake restoration effort.

Not everyone praised the agreement. Virginia Kerslake from the group Del-Chesco United, which opposes the pipeline, said it is more “pay to pollute.”

“It is unconscionable that the DEP has given approval to resume Mariner East construction at Marsh Creek Lake to this serial violator, which has racked up 48 criminal charges, and has still not cleaned up the 21,000 gallons of drilling mud spilled into our treasured lake and water reservoir in August 2020,” Kerslake said.

Since construction began in February 2017, the project has caused sinkholes, drilling mud spills, and loss of residential drinking water. The Department of Environmental Protection has issued more than 125 Notices of Violation across the 17-county length of pipeline, and assessed more than $20 million in penalties and assessments.

As a result of construction mishaps and delays, which include the formation of sinkholes in Chester County, the company has used an older, smaller pipeline as a workaround to ship natural gas liquids to Marcus Hook. From there, the liquids are exported to a plastics manufacturer in Scotland.