Electric vehicles starred at the state capitol this week. One GOP lawmaker touted their economic potential 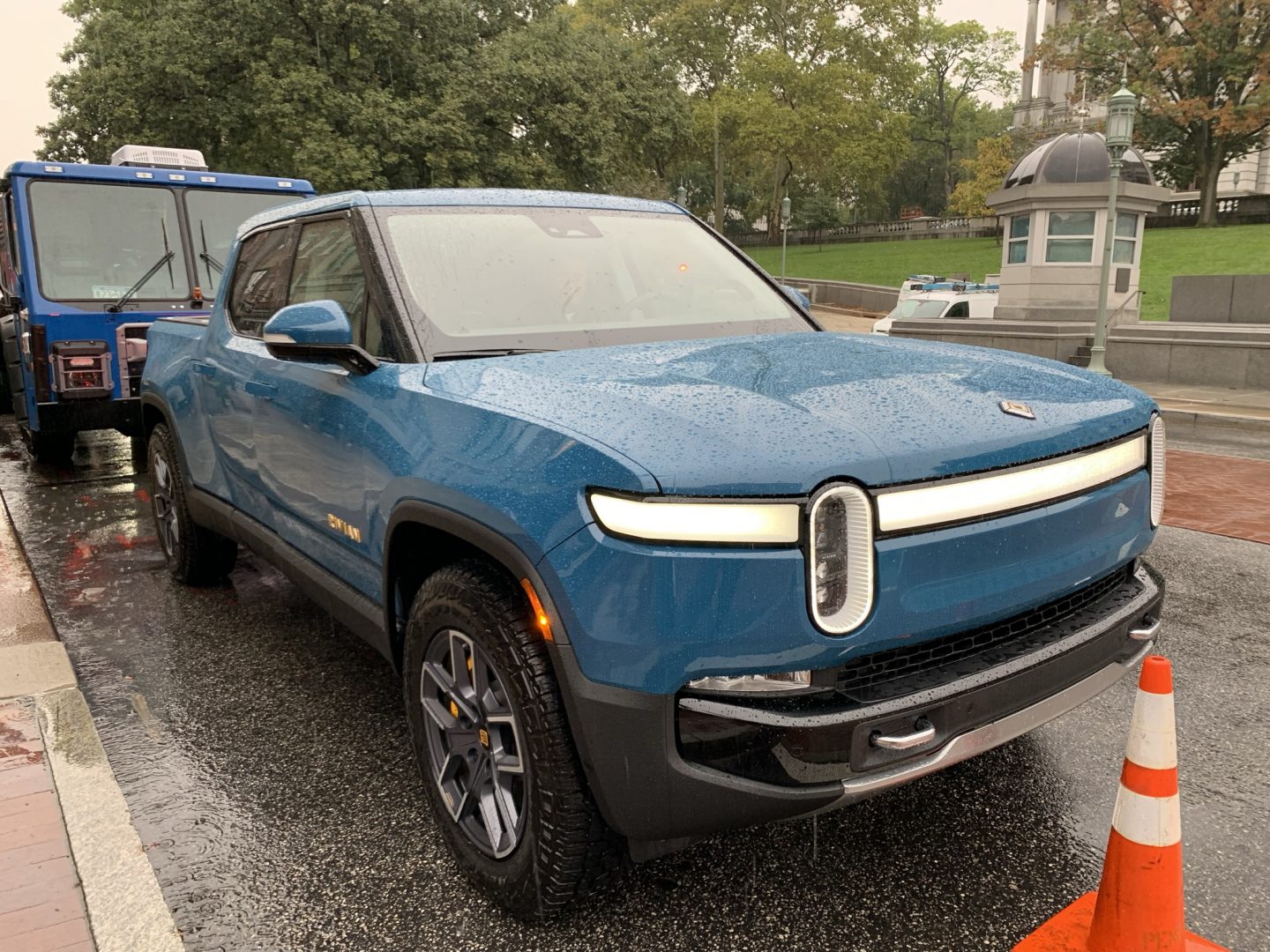 Electric vehicles are having a moment at the state capitol.

That could be a coincidence, or maybe a sign of things to come.

By 2030, the Biden Administration wants half of all vehicles sold to be zero-emissions.

And major automakers may be responding; this week Ford said it would put $7 billion into two sites where it will make batteries and electric vehicles.

On Monday, the state Senate Transportation committee held a hearing on electric vehicles and emissions.

“I think we need to get ahead of this from a commonwealth perspective, and realizing the potential this has to bring jobs and economic growth to our region,” committee chair Sen. Wayne Langerholc (R-Cambria) said.

Pa. Republican lawmakers and the U.S. Capitol attack
As part of WITF’s commitment to standing with facts, and because the Jan. 6 attack on the U.S. Capitol was an attempt to overthrow representative democracy in America, we are marking elected officials’ connections to the insurrection. Read more about this commitment.
Sen. Wayne Langerholc (R-Cambria) signed a letter asking members of Congress to delay certifying Pennsylvania’s electoral votes despite no evidence that would call those results into question. The election-fraud lie led to the attack on the Capitol.

Alissa Burger with the Electrification Coalition told the committee that planning and investments in the EV industry will have several benefits, “such as job growth, cost savings on fuel and maintenance for all Pennsylvanians, improved air quality and a reduction in carbon emissions.”

She added she sees EVs as a way to reduce dependence on foreign oil.

Rebecca Oyler with the Pennsylvania Motor Truck Association said heavy duty trucks are more efficient now, and give off less pollution that affects people’s health and contributes to climate change.

She warned against pushing the industry too fast in one direction.

“It’s best not to push mandates on trucks and trucking technology before the technology is ready, because that will increase costs across the board,” Oyler said.

The Electrification Coalition brought several EVs to the capitol on Tuesday for lawmakers to test-drive, including the Mack LR Electric refuse truck, Rivan R1T pickup, and Ford Mustang Mach-E.

They could also see wireless chargers made by Chester County-based Momentum Dynamics, which is working to make the transition to heavy-duty EVs easier.

Bob Kacergis, chief commercial officer of Momentum, said the wireless chargers are easier to use than plugs. The devices are installed in-ground and automatically start charging an outfitted truck that parks on top of it. 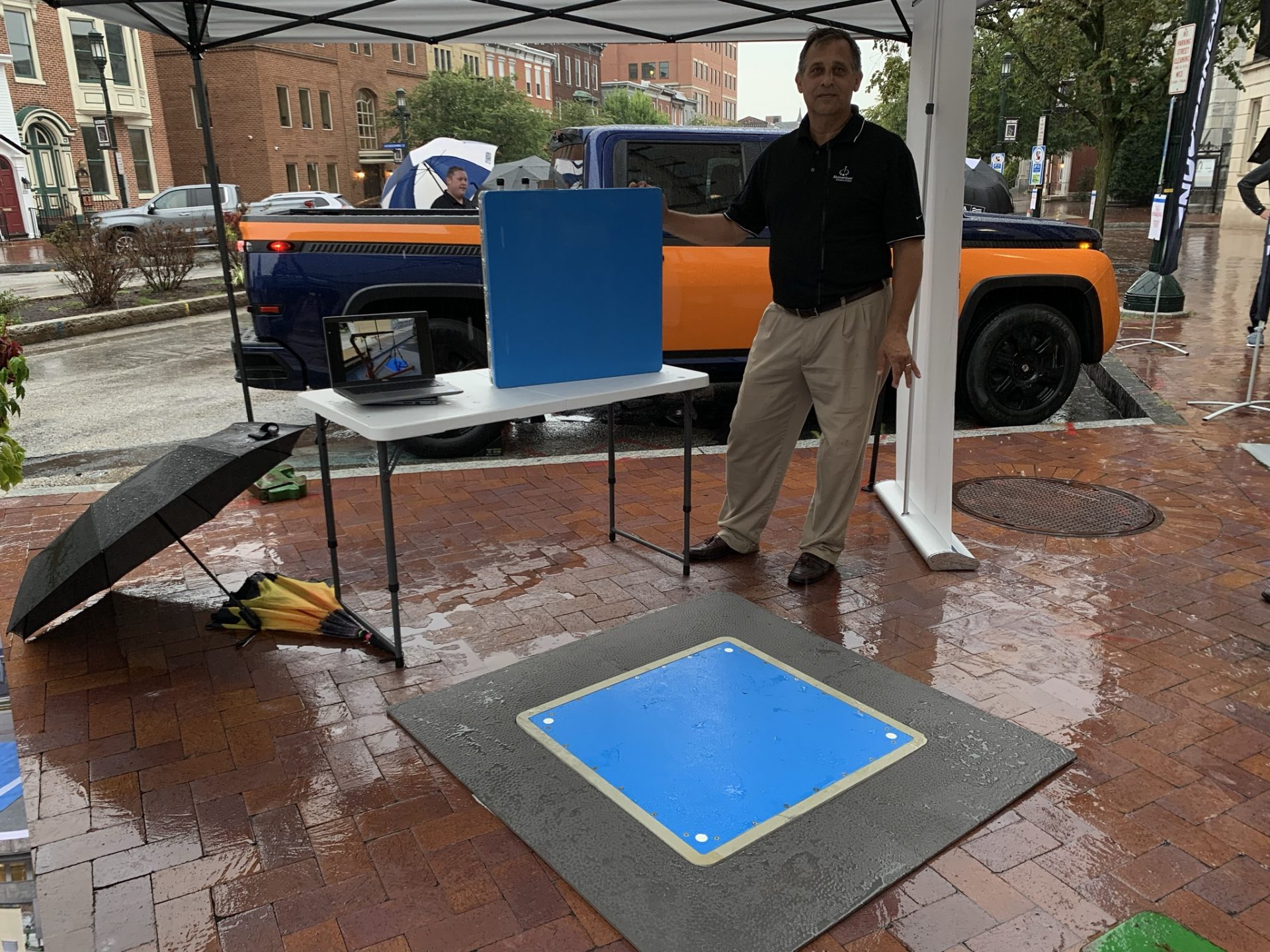 Because the chargers are flat, they don’t take up extra space in a warehouse, truckers don’t have to learn how to use plugs, and ones installed in public spaces and delivery points can be shared among companies.

“We simplify and minimize all those hidden costs and make an electric fleet…actually more efficient and more convenient than your diesel or gasoline fleet,” Kacergis said.

Measures to plan for the build-out of electric vehicle charging infrastructure have attracted bipartisan support in recent years, but haven’t made it to a final vote.

The transition to zero-emissions cars will pose a question for policymakers as to how they raise certain revenue.

Pennsylvania relies on its gas tax for 78% of its highway maintenance fund. 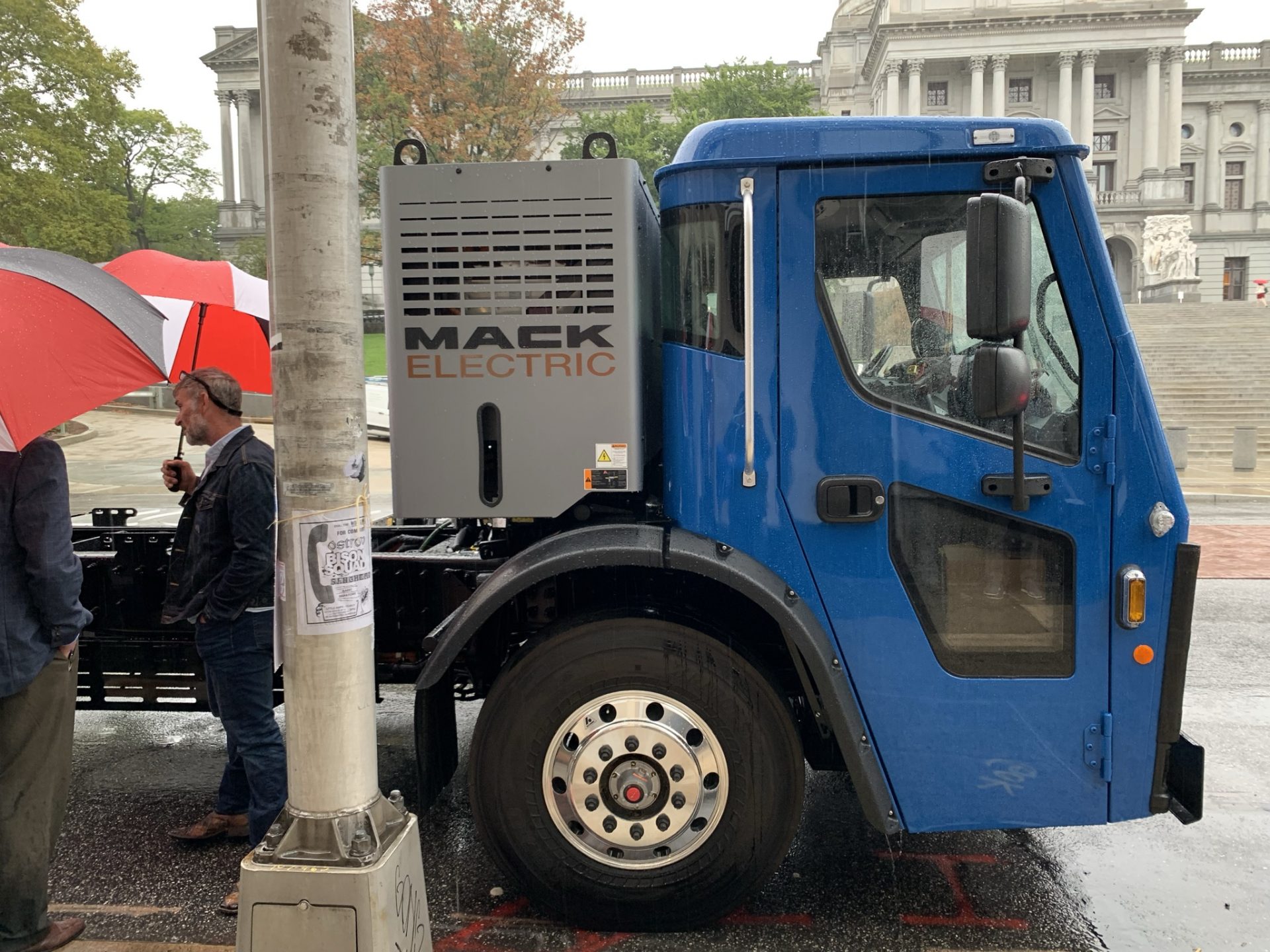 A Mack LR Electric refuse truck is parked outside the state capitol on Sept. 28, 2021.

“So what that’s doing overall, it’s certainly driving down those costs of ownership for our citizens; they’re paying less in gas overall, but it’s also reducing the income we receive as a department.”

Batula said the trend of major automakers like Ford announcing a move to EVs means the state will need to change how it funds road upkeep.

Gov. Tom Wolf has set up a task to look at alternative revenue options.

Some lawmakers have proposed charging EV owners either a flat or per-mile use fee.

It’s unclear if EV measures will be called up for a vote before the end of the year.