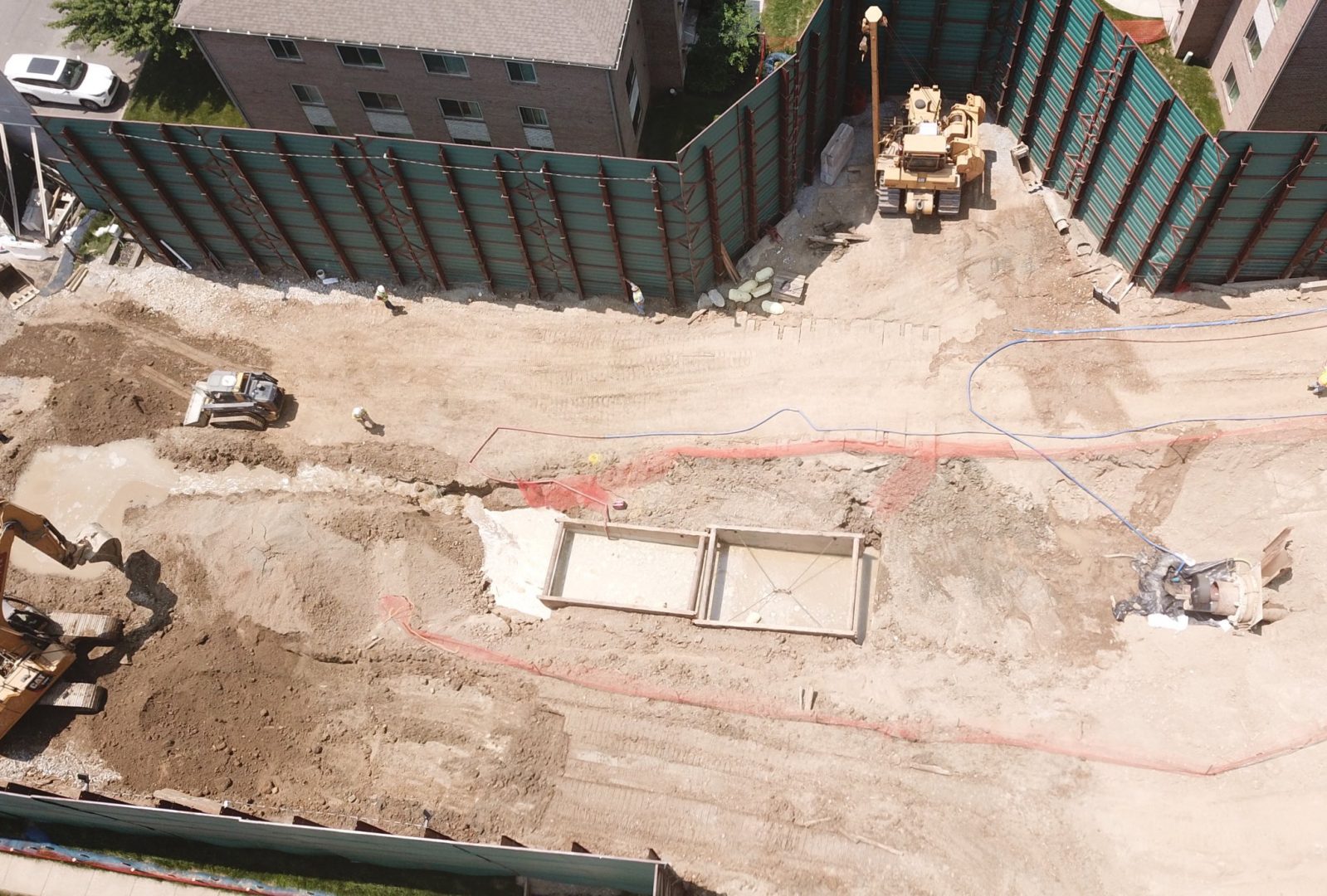 How long has the water been escaping the pipe, and where was it going, what impact has it had underground👉🏼IN THE SAME LOCATION AS 2 HIGH PRESSURE OLD & ACTIVE HVL PIPELINES?🤬Another “EarthFeature” perhaps?#reckless. A non-public utility disrupting an actual #PublicUtility🧐 pic.twitter.com/Rm74epgkbt

While water service has been restored, residents have been advised not to drink it.

Pipeline construction has been disrupting residents’ lives since November, according to the apartment management. The latest incident occurred Wednesday afternoon, when Sunoco informed the property owner, Steve Iacobucci, that a water line had ruptured in an area where workers were putting in backfill.

Iacobucci said that residents of the complex were without any water for at least 24 hours, and that his pleas for Sunoco to house them in hotels was rejected by the company.

“It’s an interesting solution to bring two port-a-potties when it’s 90 degrees out and have 250 residents use them,” he said.

Iacobucci, who unsuccessfully fought condemnation of his land for the natural gas liquids pipeline, said Sunoco has wreaked havoc since Day One, splitting the apartment complex in half with construction of the line.

Residents have complained of poor air quality from the dust and materials, as well as noise pollution that disrupts sleep and has interrupted online schooling for children during the pandemic. A steady stream of truck traffic carrying out water from the construction site has also affected the residents’ quality of life, he said.

“Every day is a new adventure,” Iacobucci said. “The last 24 hours has been one of the more challenging days over the last several months. We continue to see pump trucks coming and going, emptying the tanks.”

Aqua Pennsylvania, which provides the water, has taken samples to test. But until he sees the test results, Iacobucci said, he’s advised residents not to drink it.

“We are turning the water back on because experts have made an opinion that as long as it’s not being consumed right now it’s OK to use (to flush toilets).”

He said Sunoco has provided bottled water. But he’s been frustrated by what he says is Sunoco’s lack of response.

“Sunoco has ignored its responsibility to act as a steward of the community and to take necessary care during its endeavors,” Iacobucci said. “For the past several months, our residents have endured serious disruptions to their daily lives due to Sunoco’s activities. …We’ve tried to work with Sunoco throughout this process, and our desire to find solutions to issues that have arisen has not been reciprocated.”

Tensions between apartment management and Sunoco rose to the level of involving law enforcement on Thursday. A dispute focused on whether to turn on the water. Iacobucci said Sunoco’s contractors did not have permission to turn it on but entered the building and did so. Apartment managers called the State Police, who opened a trespass investigation.

Sunoco spokeswoman Lisa Coleman said Friday that the company’s attempts to restore water service were thwarted by apartment management. She said the cause of the break is under investigation.

“In order to get the line repaired as quickly as possible for the residents, we worked with the apartment management and Aqua, which feeds water to this line, to call in a third-party plumbing contractor to excavate the site and make repairs,” Coleman said in an email.  “We have been providing residents with bottled water.”

Construction on the 350-mile-long Mariner East pipeline began in early 2017 and has been plagued with issues, including contamination of drinking water, sinkholes, drilling-mud spills, and contamination of streams and wetlands.

The Department of Environmental Protection has issued more than 100 notices of violations to Sunoco and fined the company millions of dollars over the course of four years. Construction on the line is years behind schedule, with sections in Chester and Delaware counties the last to be completed.