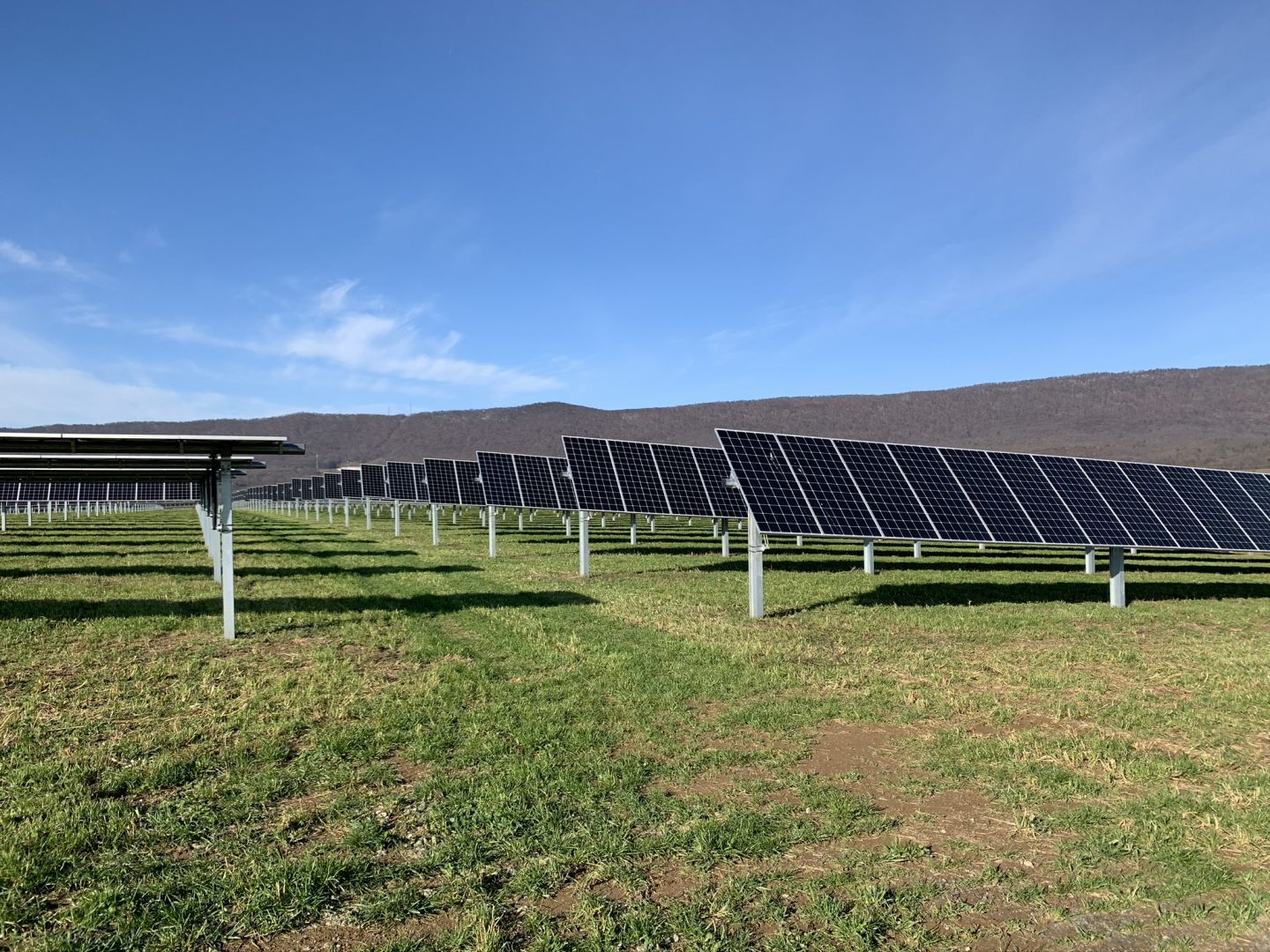 The Wolf Administration says it is making the largest government commitment to solar energy in the country, by agreeing to buy power from seven new solar projects in the state.

The administration says the 15-year power purchase agreement will supply about half the state government’s electricity. It fulfills a piece of Gov. Tom Wolf’s 2019 executive order on climate change that called for at least 40 percent of the commonwealth’s annual electricity use to be offset by renewable energy.

The projects spread across six counties will add 191 megawatts of solar energy in the state, which analysts say will nearly double how much is produced statewide now.

Department of General Services Secretary Curt Topper noted the largest direct buys of solar energy in other states are between 30-50 megawatts.

“We’re pretty confident that at 190 we’re well out in front of other state governments,” Topper said.

Wolf’s office says the greenhouse gas emissions cut by the power switch is equal to taking 34,000 cars off the road.

The plan is another attempt by Wolf to address climate change without the legislature.

The Republican-controlled legislature has yet to take action on climate change, and has pushed back on the Democratic governor’s plan to join the Regional Greenhouse Gas Initiative, a cap and trade program to limit emissions from power plants.

Spokespeople for the House and Senate GOP did not respond to requests for comment on the announcement.

Colin Smith, a solar analyst with the research firm Wood Mackenzie, said the move shows how cost-competitive solar has become. He said the state could use this deal as a case study.

“It will give them the ability to say, ‘Well hey, look how much money we expect to be saving with this system. We should do this for the rest of the state in order to leverage the low cost of renewables,’” Smith said.

Under the agreement, the state’s fixed price for solar will average around 5 cents per kilowatt hour, according to Troy Thompson, press secretary for the Department of General Services. He said the state’s electricity costs will be cheaper than the last 10-year average for a traditional electricity supply.

The administration made the agreement with Constellation, an electric generation supplier. Due to the nature of the power purchase agreement, Topper said the commonwealth won’t pay any upfront cost. He said by committing to buying the power, using money the state would have spent on electricity anyway, it’s encouraging solar development in the state.

Developer Lightsource BP will build, own and operate the solar arrays. It plans to bring the solar fields online in early 2023.

The projects are slated for sites in Columbia, Juniata, Montour, Northumberland, Snyder and York counties. Most will be built on leased farmland. The projects are expected to create about 400 temporary construction jobs.

Mark Hughes, faculty director for the Kleinman Center for Energy Policy at the University of Pennsylvania, said the decision to build the solar fields in the state is significant because it will provide benefits like jobs and tax revenue for communities that host the projects.

He said Wolf’s office is setting an important example in increasing demand for clean energy. The crucial next step is getting people to follow that example.

Smith, the analyst, noted the timing of the announcement: two months before Pennsylvania’s Alternative Energy Portfolio Standards flatline. He said this move may be a way to reinvigorate the renewable energy goals without a political fight.

Sharon Pillar, executive director of the Pennsylvania Solar Center, which helps businesses switch to solar, has been pushing for legislation that will raise the standards. Pennsylvania is set to meet the current 8 percent goal for renewables by May.

She said she hopes the legislature will take a cue from the Wolf Administration and raise the standards to at least 18 percent renewables by 2025. So far, Republican leaders haven’t committed to raising them.

“We’re waiting for them to take action,” Pillar said. “Obviously, the Wolf Administration can’t do that on their own. But I think they’re doing what they can, what they’re able to do within their power.”