A brick of solid waste remains after frack water is recycled.

Plans are in early stages, but people weary of water contamination are on edge 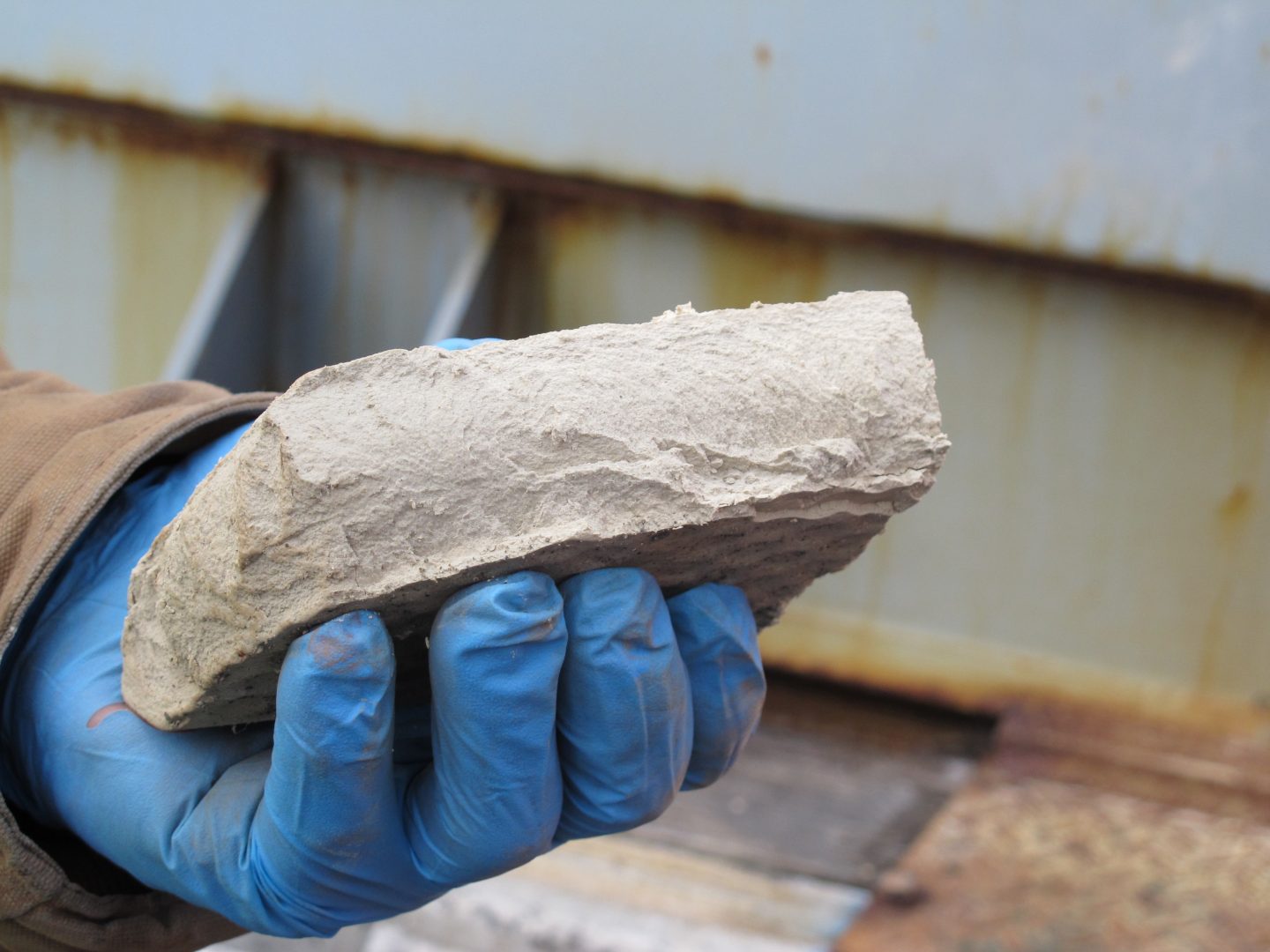 A brick of solid waste remains after frack water is recycled.

The Environmental Protection Agency has permitted at least 36 new underground wells to dispose of fracking waste since 2013, but all are in the western part of the state.

A spokesman for EPA said representatives of the company Kendra II have met with agency officials to discuss plans for the well, but have not submitted an application. The state Department of Environmental Protection said it has had no contact with the company about its plans. Calls to an attorney for the company were not returned, but a man who answered the phone at Kendra II said they were “exploring the possibilities.”

Deep injection wells can stretch more than a mile below the surface and are used by the oil and gas industry to dispose of the most hazardous waste material, including salty brine, chemicals, radioactive waste and heavy metals. The wells are typically permitted to take between 1,300 to 3,200 pounds per square inch of pressure, which sends the fluid into a sandstone or limestone formation.

The U.S. Geological Survey has linked an uptick in earthquakes in Oklahoma to oil and gas wastewater injection wells in that state, at distances up to 10 miles from the site of the disposal well. Earthquakes in Ohio have been linked to deep well injection, and one in New Castle, Pennsylvania was linked to fracking.

In Pennsylvania, Class 2 wells are regulated by the EPA through the underground injection control program, via the Safe Drinking Water Act. The DEP also has to sign off on the wells.

Frack waste can be treated at private treatment facilities. The process cleans most of the water, but at least some amount of fluid, or solid “cake,” still needs to be injected back into the ground, or taken to a landfill.

In early November, people living within 1,000 feet of the planned well began receiving letters from the Springville, Pa.-based company informing them of the project and the state law that requires well water testing. Paul Karpich, who received one of the letters, said he’s worried about ground water contamination.

“I moved here in 1982 and it was pristine but no longer,” Karpich said. “I retired to this area but [fracking] has changed my feelings about it.”

Gas drilling by Cabot Oil and Gas has damaged some drinking water wells in the area, and the company is still barred from drilling in a 9-square-mile area. The DEP determined that faulty well construction led to methane leaking into the aquifer. Further tests of residential drinking water have also revealed chemicals and heavy metals.

Chuck Winschuh leased his land to Cabot, and his neighbor’s property has two well pads. He says the royalties he and his neighbors receive for fracking help “with all the aggravation” that comes with living within a heavily drilled area. But he says that won’t be the case if a deep injection well is permitted.

“There would be no benefit to Dimock at all,” he said. “If your well goes bad, your house is worthless.”

EPA and DEP permits for other injection wells across the state require monitoring for groundwater contamination and seismic activity.