Darryl Watts cast his ballot in Clairton. He said he thinks about the environment when he votes.

What some Pennsylvania voters had to say about the environment 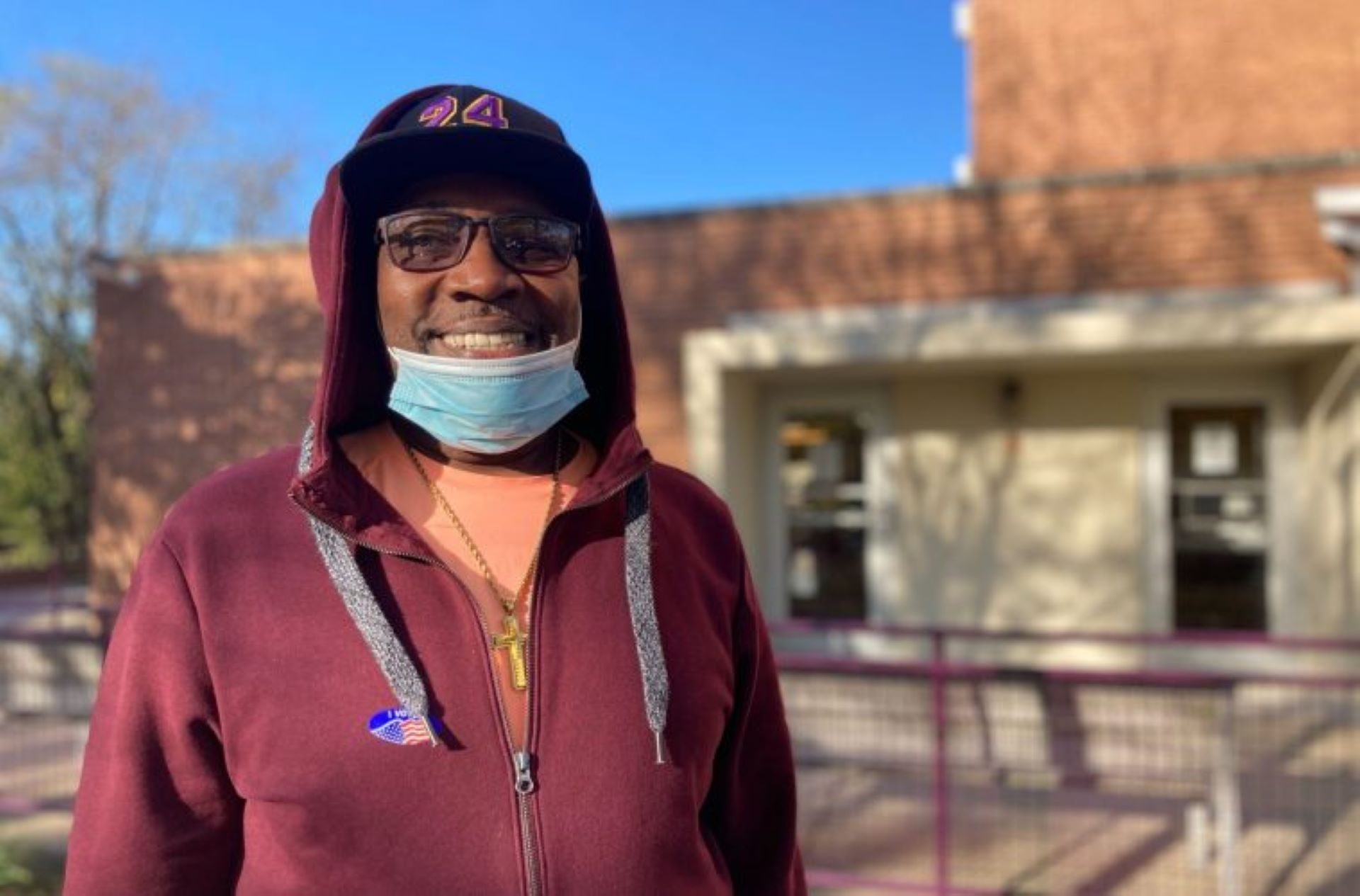 Darryl Watts cast his ballot in Clairton. He said he thinks about the environment when he votes.

On election day, our team of reporters visited polling places in our listening area to talk with voters about how they voted, and if environmental issues were top of mind.

Mike Davis voted for President Trump in Beaver Falls, near where Shell is building an ethane cracker in Beaver County. He’s in favor of it, and even of building more in the region, because of the jobs they could provide. He worries Biden would shut down or cut back the industry.

But Faith Veon, who voted for Biden, has a lot of reservations about the cracker.

“I feel like the regulations aren’t up to standard to make me feel comfortable with what they’re putting into our rivers and our air,” she said. “I anticipate that when they are up and functioning, it will have a direct impact on our health and in our community.” 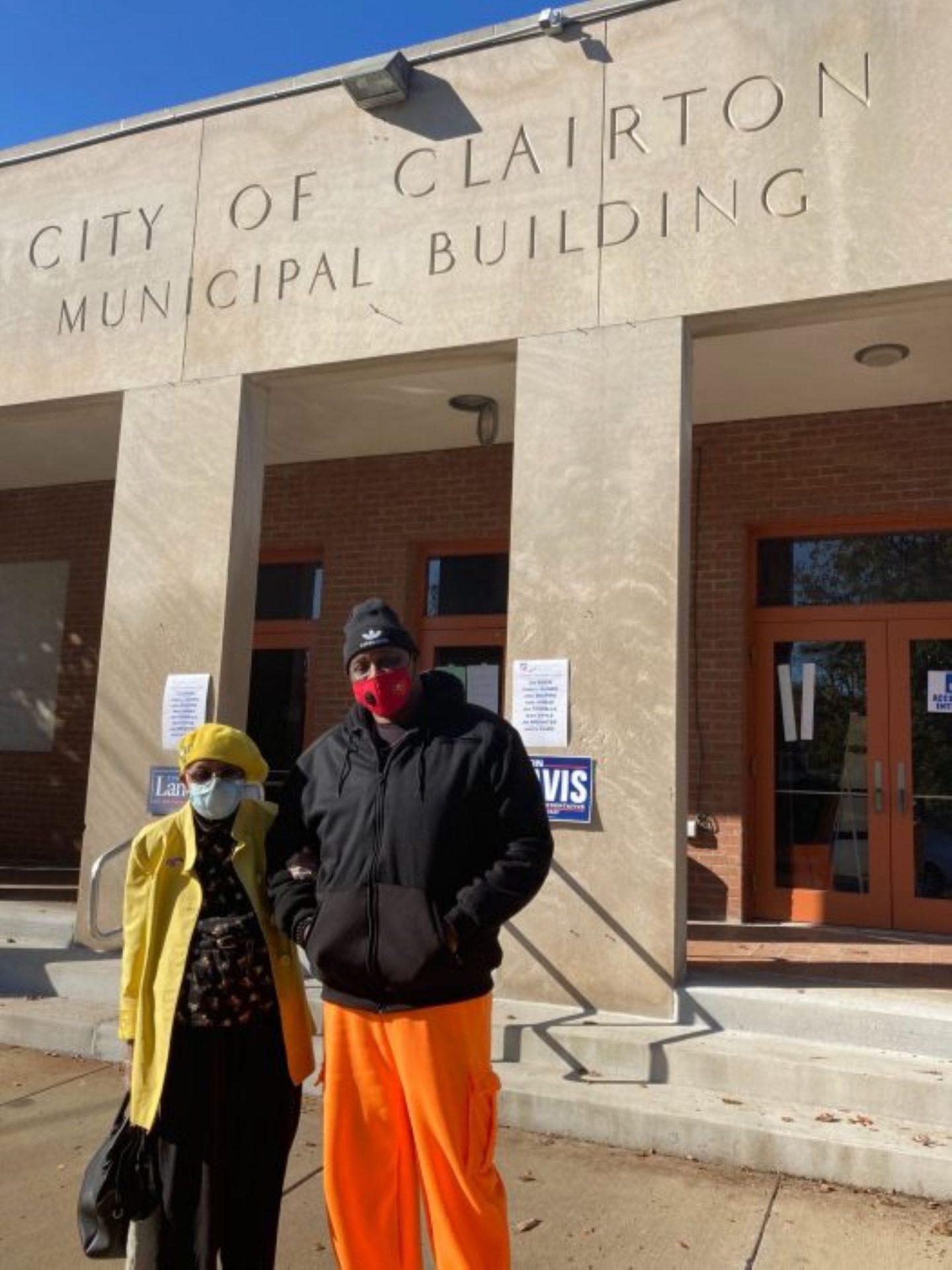 When polls opened at the Clairton municipal building, more than a dozen people were waiting in line. Clairton, about 15 miles south of Pittsburgh, is home to the U.S. Steel Clairton Coke Works, the largest coke manufacturing facility in the United States and one of the largest polluters in Allegheny County.

“This beautiful blue ball, the earth, belongs to all of us and we should be able to get along,” she said. “And that’s what I’m trying to make happen. I wanted to come in person, that makes it more important to me.”

But Moore said she’s not that concerned about environmental issues when it comes to the election.

“I know who’s in charge of this universe and there’s nothing we can do to destroy it,” she said.

Deborah Wolfe, a lifelong Clairton resident, said she doesn’t like the pollution that comes out of the U.S. Steel plant, but she and her husband Larry are all in for Trump. 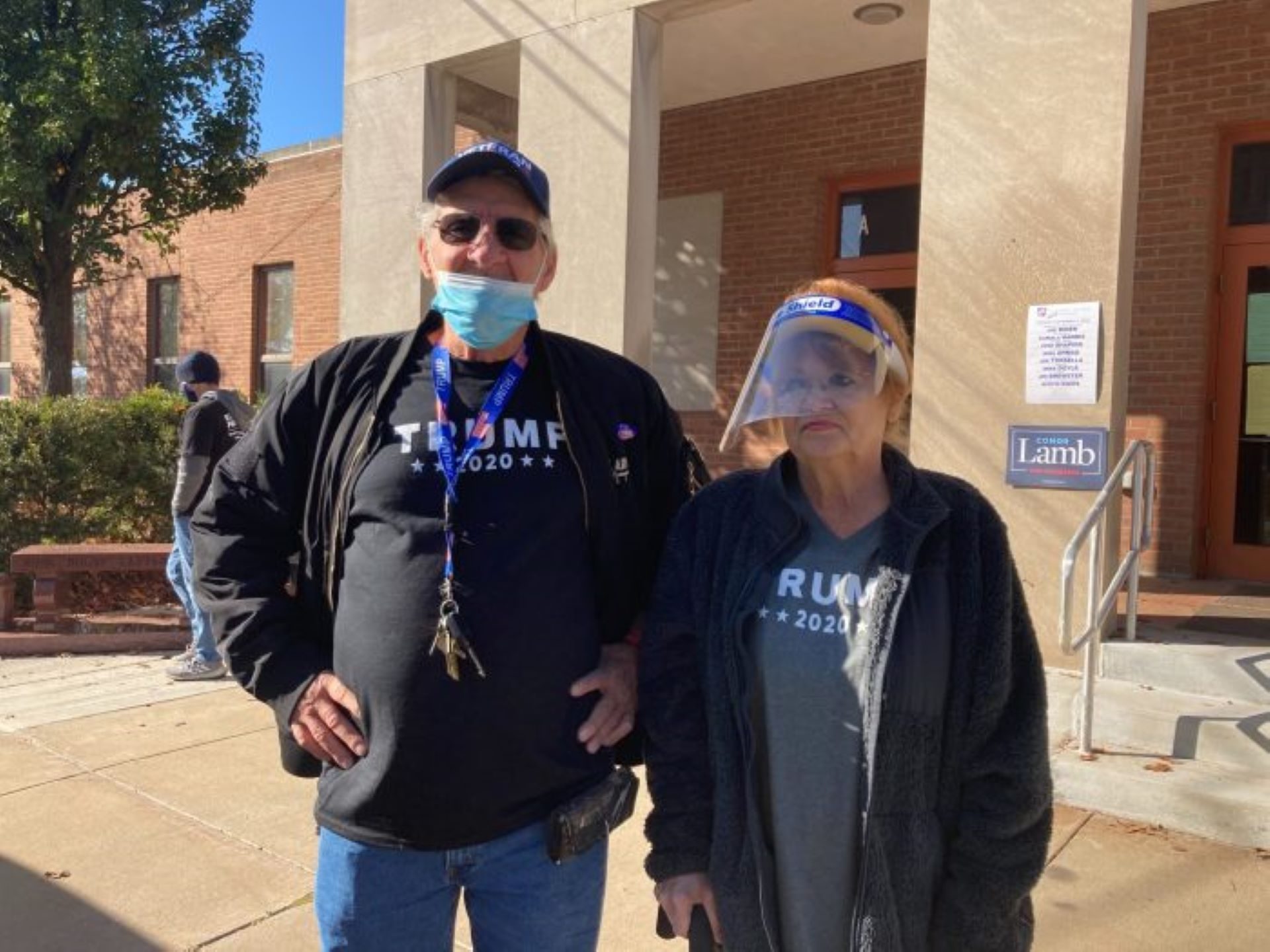 Deborah Wolfe, a lifelong Clairton resident, along with her husband Larry voted for President Trump.

“I like truth, facts and honesty,” she said. “I think he’s doing a good job all around.”

About a mile away at George Washington Carver Senior Center, Darryl Watts cast his vote for Joe Biden.

“A vote is a privilege. You know what I mean?” he asked. “Our people voted and back in the South, they went through hell to get what we had to get done now. So if you complain about something, your vote does mean something. But first you have to vote.”

Watts said the environment was on his mind during this election. He worked at U.S. Steel plant here and said he knows the smokey emissions have impacted people.

‘A lot of people have died from cancer and different stuff around here in Clairton,” he said. “And it has a lot to do with that mill.”

In the city and suburbs

In Pittsburgh’s Garfield neighborhood, Keith Harris said he voted for Joe Biden and Kamala Harris because he could find nothing good about Trump’s presidency, including his environmental record.

“He rolled back a lot of regulations on the environment, controls we have, that we’ve had in place,” he said. “And he did it for money, you know? Our kids have to live here, and Trump doesn’t care about that. He cares more about companies making money off of our kids’ future. That’s no good.”

Harris hopes moving away from a reliance on oil and fracking will start with Biden, and will be continued by Democrats in future administrations.

In Sewickley, a suburb north of Pittsburgh, Anne Gould, a retired flight attendant, voted for Biden. She said COVID was the most important issue in the election, but climate change was also important to her.

“In a way, it’s kind of like the virus — you follow the protocol, you do things correctly because of the other person,” she said. “[It’s] not just about yourself. Same thing with climate change; you can’t just think about yourself and your own generation. You have to think about future generations.”

In both cases, Gould said, we have to listen to scientists.

19-year old Logan Clancy, an undergraduate student at Penn State studying parks and recreation, voted at the Patton South precinct in State College. He said he voted reluctantly for Joe Biden. Climate change is important to Clancy, and Biden isn’t as strong on the issue as he would like.

“I’m just looking forward to the much farther in the future whenever both parties make some significant changes in the way that they work, in the way that they operate, and the people that they put up to actually make substantial change for everyday people and not just for other people who are already in power,” he said.