Wolf vetoes bill that would keep Pennsylvania out of RGGI 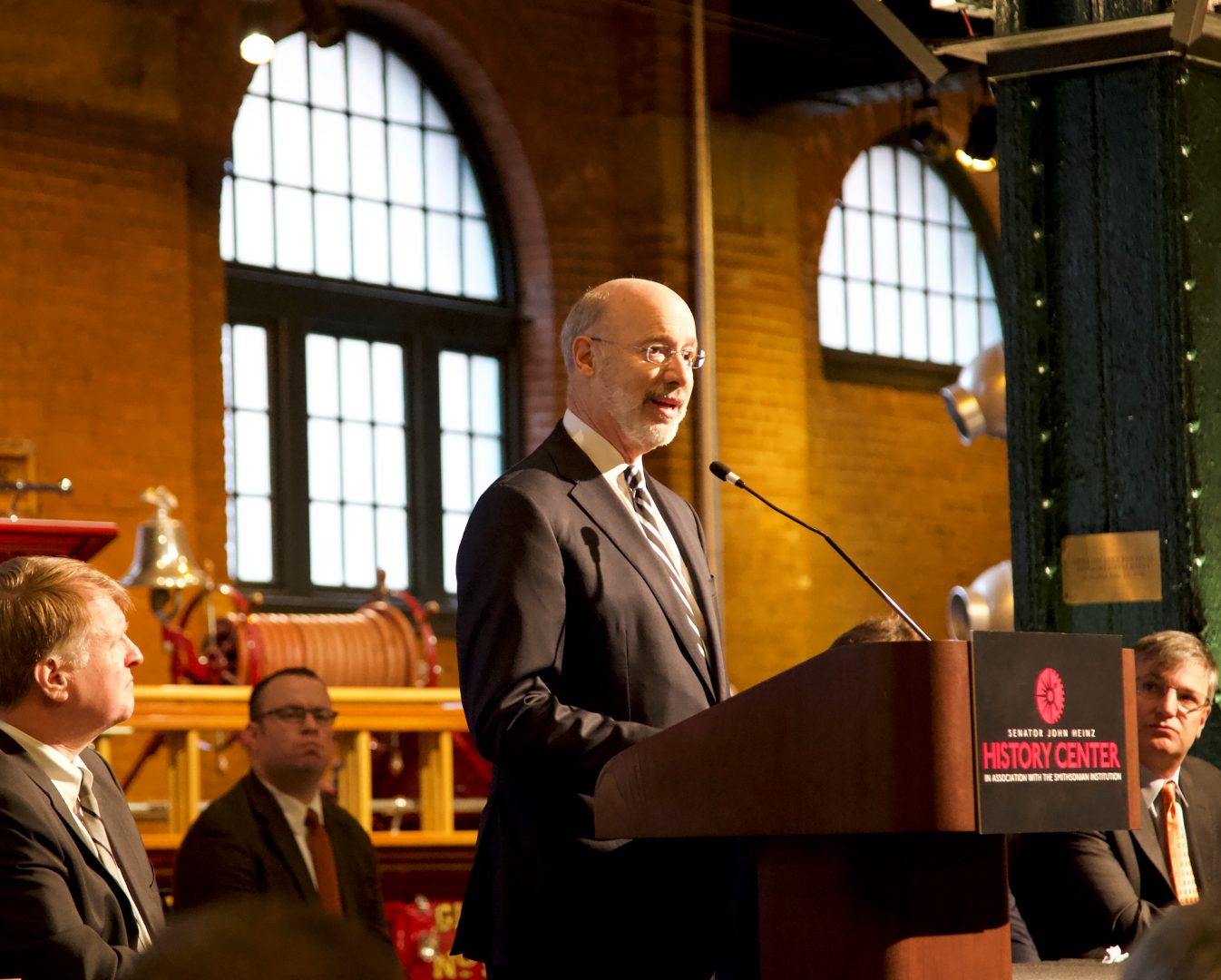 Gov. Tom Wolf is rejecting a measure that would require the legislature’s approval to join a regional effort to cut greenhouse gas emissions.

Wolf vetoed House Bill 2025 Thursday. In a statement, he called the bill “extremely harmful to public health and welfare.” He said letting it become law would “effectively deny that climate change is an urgent problem that demands prudent solutions.”

The bill would have essentially stopped Pennsylvania’s entrance into the Regional Greenhouse Gas Initiative (RGGI), a cap-and-trade program among 10 northeastern states that targets carbon dioxide emissions from the power sector.

Lawmakers claimed it was really about who has the power to make the decision to join the program, not on whether Pennsylvania should.

“It is unfortunate that the governor is once again standing in the way of the people’s voice exercising a check on his continued attempts to turn the Governor’s office into a one-person legislature,” House GOP spokesman Jason Gottesman said in a statement Thursday.

Sen. Gene Yaw (R-Lycoming), who chairs the Senate Environmental Resources and Energy Committee, said he is dismayed that Wolf would “propose to go forward with an agreement clearly detrimental to Pennsylvania’s interests.”

Republican lawmakers who control the General Assembly say RGGI will be bad for the state’s economy and decimate Pennsylvania’s coal industry. Gottesman’s statement accused Wolf of holding up energy development in the Commonwealth.

The governor signed an executive order last October directing the Department of Environmental Protection to join RGGI through the regulatory process. Last week, the Environmental Quality Board approved the draft regulation for public comment.

Supporters of the bill claimed the program equates to a carbon tax and that it’s the legislature, not the executive branch, that is responsible for when and how to levy taxes. They accuse the governor of violating the state constitution with his executive order.

The Wolf Administration asserts it does have the authority to join the program under the Clean Air Act.

Environmental advocacy groups have been critical of the bill.

The Natural Resources Defense Council said the bill’s aim was simply to “score political and messaging points against Governor Wolf and the DEP” and act as a prequel to a potential lawsuit against the administration.

“We cannot sacrifice our children’s future in an attempt to support the coal industry, which is dying with or without RGGI,” said Tom Schuster, Pennsylvania Clean Energy Program Director for the Sierra Club. “If the legislature wants to play a more productive role, they can start by supporting community transition packages or designating some of the RGGI allowance proceeds to help communities adapt to inevitable change.”

The Wolf Administration plans for the state to join RGGI in 2022.