In this May 9, 2015 file photo, pipes for the proposed Dakota Access Pipeline are stacked at a staging area in Worthing, S.D. 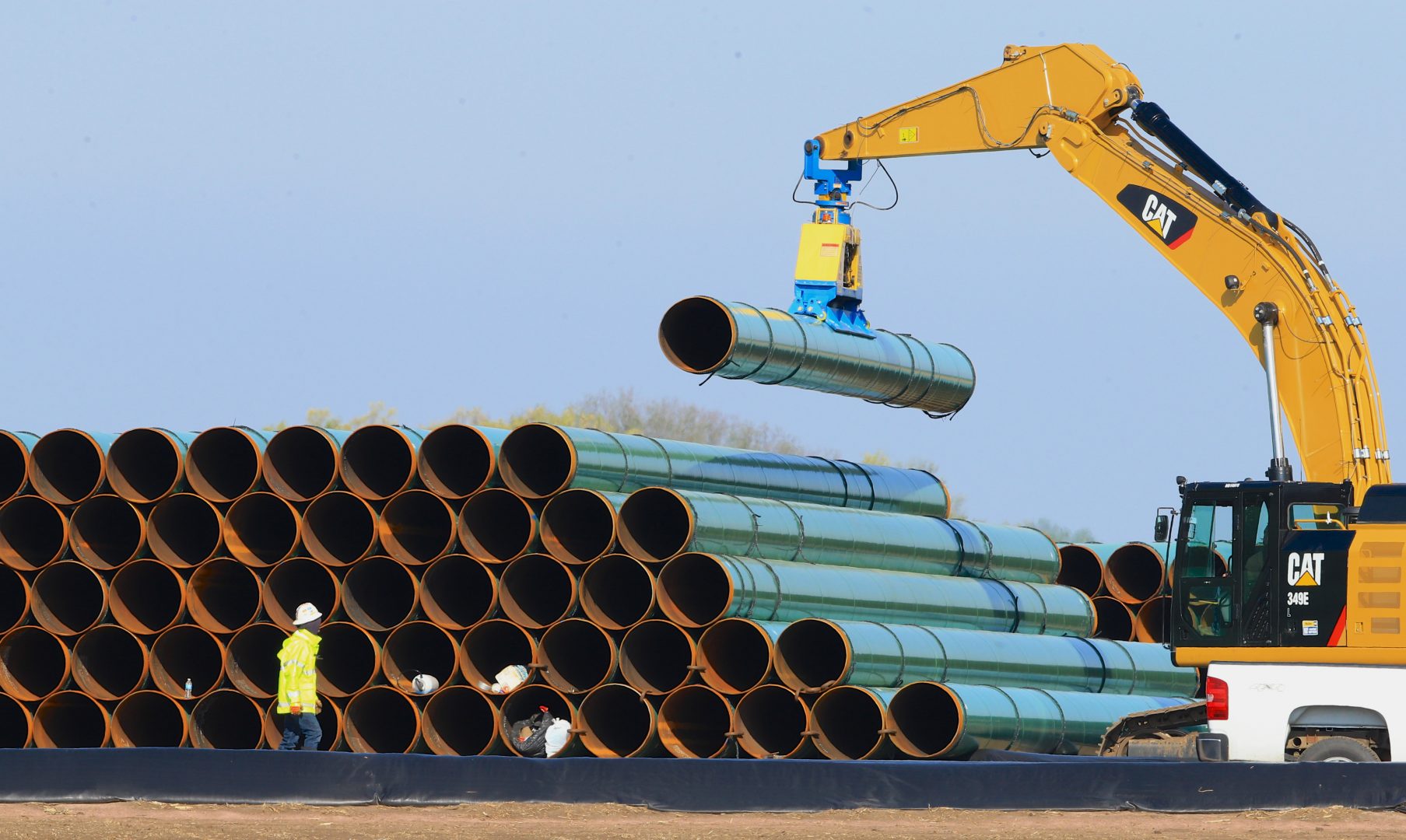 In this May 9, 2015 file photo, pipes for the proposed Dakota Access Pipeline are stacked at a staging area in Worthing, S.D.

The Trump administration announced it was finalizing new rules that would weaken regulations required under a landmark environmental law.

The National Environmental Policy Act was first enacted in 1970 and mandates federal agencies conduct environmental and public reviews of the impacts of projects like highways, pipelines, and power plants.

He announced the changes at an event at a UPS facility in Atlanta, while recounting his days as a real estate developer.

“The maze-like approval process represented lobbyists that were very rich; they were making a lot of money,” he said.

“We just completed an unprecedented — and I don’t want to say it’s absolutely unprecedented — top-to- bottom overhaul — should have been done years ago — of the infrastructure approval process,” he said.

The average review takes 4.5 years to complete, according to an analysis by the White House Council on Environmental Quality (CEQ). The Trump administration has revised the rules to set a deadline of two years for environmental impact statements to be done under NEPA. It’s also made changes that could curtail the scope of government reviews from considering impacts of climate change.

In a statement, CEQ Chairman Mary B. Neumayr said the new NEPA rules will make the process “more efficient and effective” and “result in more timely decisions that support the development of modern, resilient infrastructure.” She said the new regulations “will benefit the environment, economy, and every American.”

The new rules were applauded by the American Petroleum Institute. Environmental reviews required under NEPA have played a role in court decisions slowing several big pipelines, including Keystone XL pipeline and the Dakota Access Pipeline, which a judge ordered emptied of oil by next month, after deciding the Trump administration had rushed its environmental review.

“Today’s action is essential to U.S. energy leadership and environmental progress, providing more certainty to jumpstart not only the modernized pipeline infrastructure we need to deliver cleaner fuels but highways, bridges and renewable energy,” API President and CEO Mike Sommers said in a statement. “These reforms will help accelerate the nation’s economic recovery and advance energy infrastructure while continuing necessary environmental reviews.”

Environmental groups may challenge the new rules in court.

Abigail Jones, vice president of legal and policy for PennFuture, said the new rules “run afoul of the spirit, not to mention that the letter of NEPA,” which she says is in some cases the only meaningful review of a project’s environmental impact the public will make.

Jones said there are many projects in Pennsylvania, like highways, dams, and pipelines, where NEPA reviews are required.

She said it was especially important in poor and minority communities, which are disproportionately affected by air pollution from big projects like highways and petrochemical plants.

“The large developers and big industry already have a powerful enough voice. NEPA has been the only way to elevate the voices of the communities that are impacted,” said Jones. “This is especially important in … communities that have long been unduly burdened by development and industry.”

Aaron Mintzes, an attorney with the environmental group, Earthworks, said the changes will limit what kinds of projects qualify for the review, and what impacts must be considered. “Fewer kinds of impacts will be considered, especially cumulative impacts and indirect impacts. And of course, the big one is climate change,” Mintzes said.

Under the Congressional Review Act, Congress could overturn Trump’s version of the rules, something a new Congress and new president could decide to do in 2021.