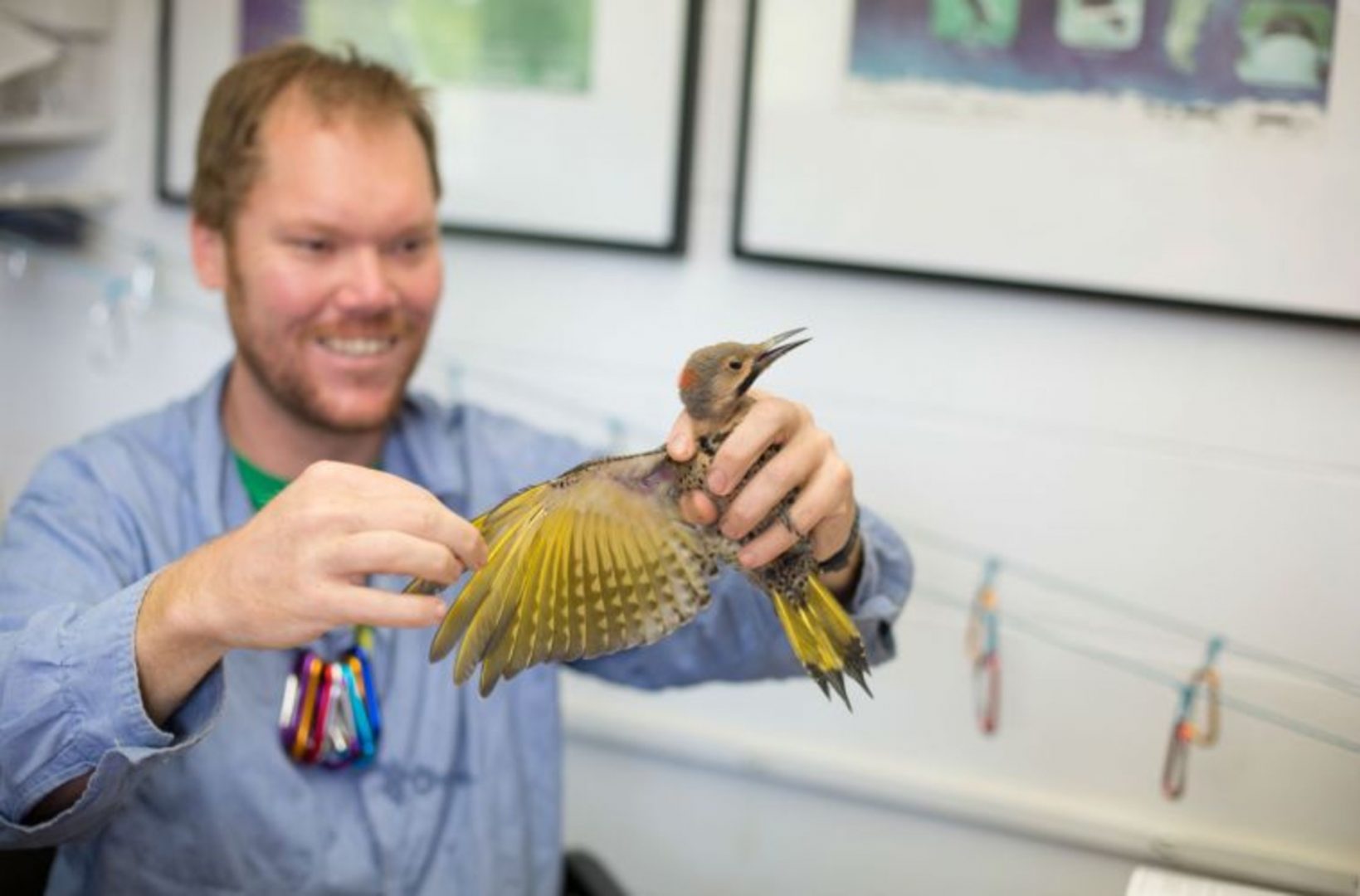 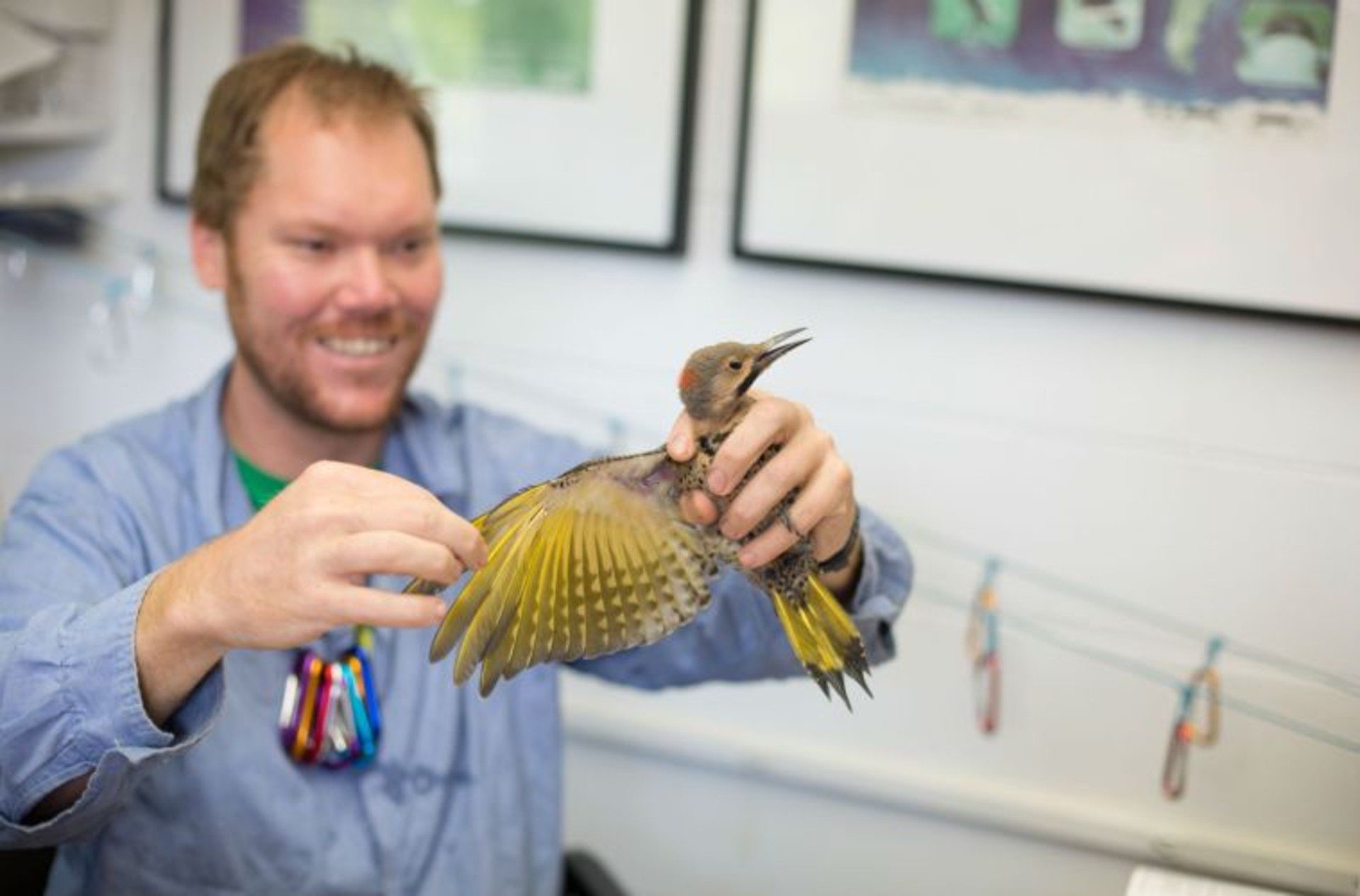 Many sectors of the economy have either been halted or thoroughly changed by the response to the coronavirus pandemic, and environmental research and conservation are no exceptions.

“It’s important to conserve the environment, and collect data that would help us do that,” said Luke DeGroote, Avian Research Coordinator at Powdermill Nature Reserve. “But at the same time, it’s more important right now to stop the spread of disease, and so we have to put [research] on hold. But that can be a hard thing to accept.”

Typically this time of year is a busy one, as DeGroote and staff catch migratory birds in nets and place tiny bands on their legs to track and learn more about them. That’s not possible now, as staff and volunteers would have to work too closely while handling the birds to follow physical distancing guidelines and remain safe.

They’ve been banding birds at Powdermill in the Laurel Highlands each spring since 1961, except since the middle of March when Pennsylvanians were encouraged, then ordered to stay at home.

In the long term, however, missing just one season won’t make a huge difference in the value of a dataset that’s been collected over more than 50 years, said DeGroote. They won’t have volunteers this summer, but DeGroote hopes that eventually a seasonal employee living at the site can work with their banding manager as a pair, following safety guidelines from the North American Banding Council, which DeGroote himself helped draft.

More pressing is a grant-funded Motus project to install tracking stations for birds and other wildlife, like Monarch butterflies, fitted with tiny radio transmitters. The project team had to postpone installation in Pennsylvania, and reevaluate traveling to Maryland and New York. Degroote said this pushes back critical research into research of declining species, like rusty blackbirds and northern long-eared bats. One upside is that installation of these stations can be done with just one or two people, in fairly remote areas.

Monitoring of Wildlife and Habitats on Hold

This tension between doing the work and staying safe is something Jeffrey Wagner, and his staff are struggling with at the Pennsylvania Natural Heritage Program. Wagner is director of the partnership between the Western Pennsylvania Conservancy and state and federal agencies which gathers information about important plant and animal species across the state. Wagner said it’s a risk sending researchers far out into the field where they could be hurt, or their car could break down, making all of the physical distancing counterproductive.

“There are going to be big parts of the state that we’re not even going to consider going to,” Wagner said. “We’re not going to go to Potter County because it’s too long a drive to go there and go back in one day.”

They’ve canceled early spring wildflower and bird research for this year, and Wagner said they’re planning one fiscal quarter at a time. When it’s possible, staff will try to get to projects they can do alone, closer to where they live in Pittsburgh or Harrisburg. But not having boots on the ground in some areas of the state where data is collected on Pennsylvania’s rare species and habitats will have an impact on their database of nearly 25,000 records. 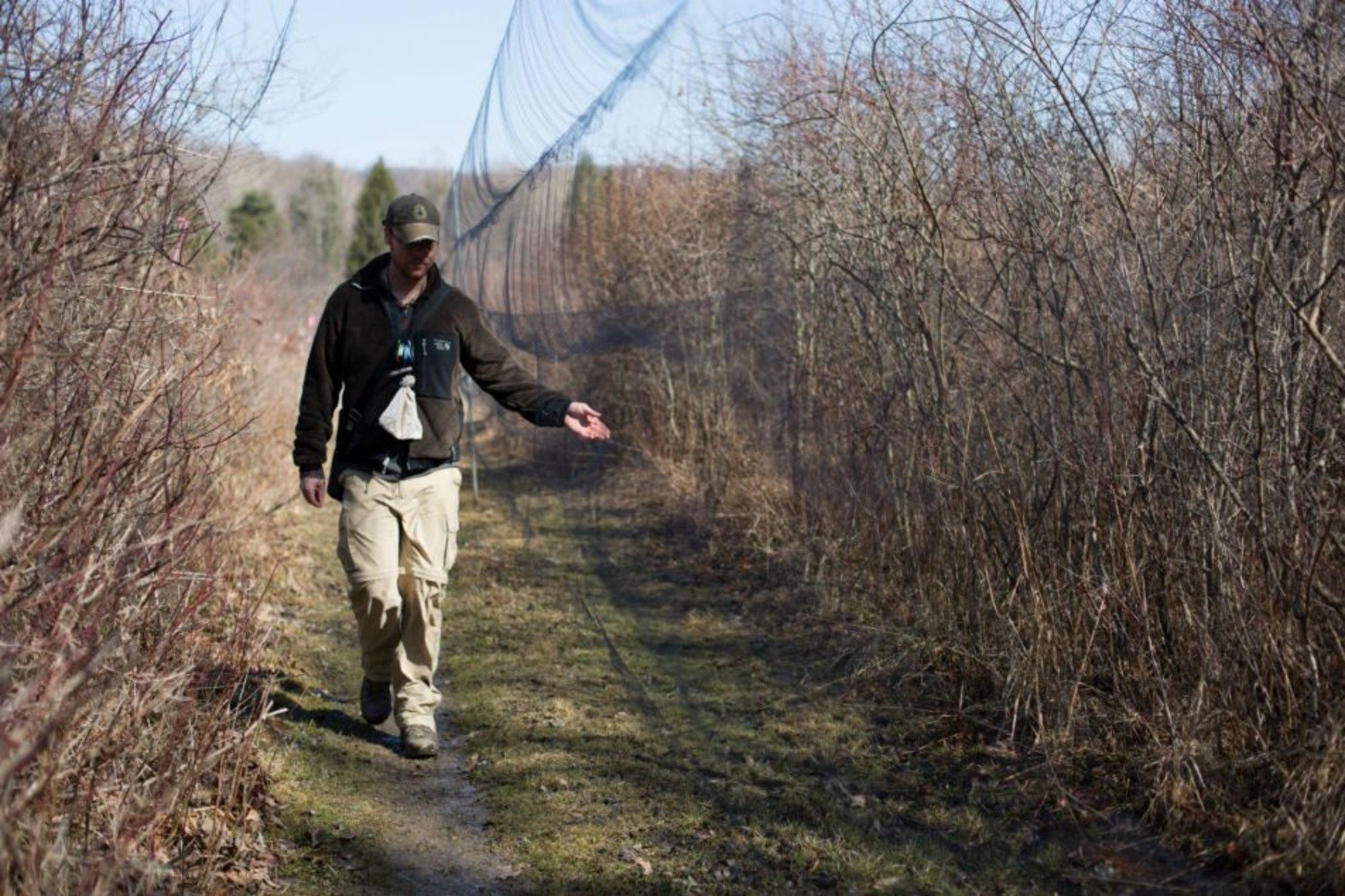 Luke Degroote checking nets in 2017. Bird banding has stopped during the shutdown.

“A season lost is one year of data that we can’t update, or in some cases, new data to collect to put in the database,” Wagner said. “So it just kind of compounds the issue of keeping data current.”

He said the more current the data are, the more useful they are. The database is consulted in environmental reviews for any type of project that requires a permit from the state’s Department of Environmental Protection, from gas pipelines to shopping malls. Wagner said while the program already relies on remote data, like aerial photography, there’s no substitute for field work.

No Tree Plantings This Spring

Something else that has to be done in person is planting trees. Tree Pittsburgh planned on putting thousands in the ground this spring, from corporate-sponsored events to tree giveaways.

“I think the biggest disappointment for our team are the school plantings that we had planned. The whole point of the program is for the children to have the experience of planting a tree,” said Danielle Crumrine, Tree Pittsburgh’s executive director. “So it doesn’t make sense for us to go plant the trees. A lot of those will be postponed to the fall, for sure.

She said right now many of those trees are being cared for by staff in their Lawrenceville nursery, which is open for staff to work because nurseries are classified as essential businesses under Pennsylvania’s coronavirus response plan. They’re following a strict distancing and disinfecting protocol there, and working out delivery and pickup models for the public to get trees safely.

This comes at a time when Pittsburgh’s tree canopy is shrinking. Crumrine said their work is part of a bigger picture, too, as Pennsylvania and the country weigh opening back up for business.

Until then, Tree Pittsburgh and others are planning for an uncertain future, as they look to fill funding gaps, negotiate grant deadlines, and catch up on paperwork that sometimes falls behind in a busy season that is normally spent outdoors.