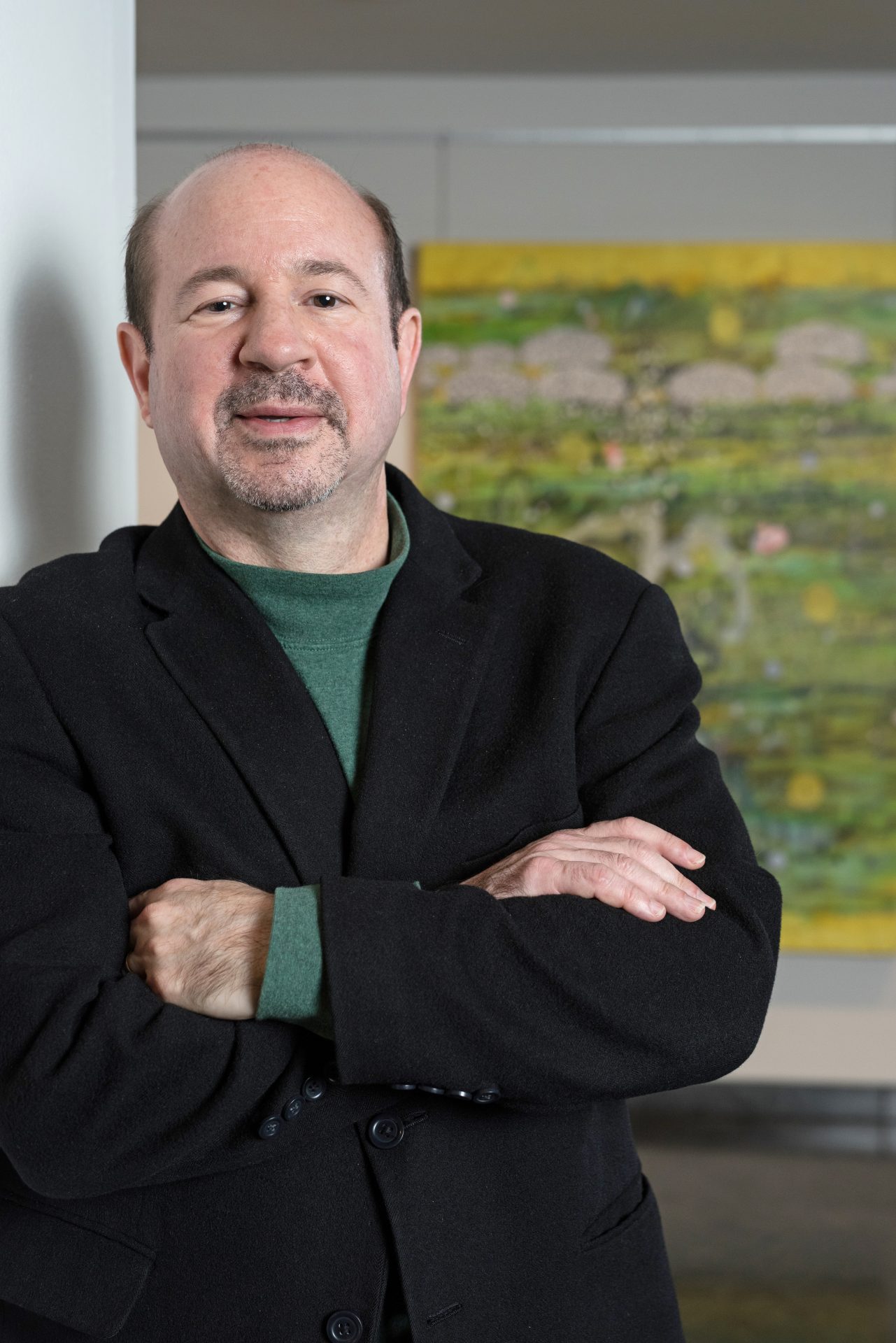 This story originally appeared in Columbia Journalism Review. It is republished here as part of StateImpact Pennsylvania’s partnership with Covering Climate Now, a global collaboration of more than 250 news outlets to strengthen coverage of the climate story.

Michael Mann’s work as a press critic began in earnest a decade ago. Ahead of the 2009 international climate-change summit in Copenhagen, hackers stole email correspondence between Mann and other climate scientists from a computer server at the University of East Anglia. Climate-change deniers used portions of the emails, freed from context, to attack the credibility of Mann, whose “hockey stick” graph charting the rapid rise of the Earth’s temperature since industrialization would become an emblem of the climate fight. Coverage of what news outlets called “Climategate” saved space for Mann’s critics; such choices emphasized conflict out of all proportion with the scientific consensus on a warming planet. In The Hockey Stick and the Climate Wars, his 2012 book, Mann called such false balance and sympathetic framing “a sweet victory for climate change deniers.”

Though multiple investigations upheld the integrity of Mann’s research, such vindication took years. Mann has vigorously contested misinformation concerning his work and climate science on social media as well as in the courts. In 2011, Mann filed a defamation claim in a British Columbia court against the Frontier Center for Public Policy (FCPP), a Canadian think-tank, and Tim Ball, a former geography professor, after Ball suggested in an interview that Mann should be imprisoned. In June, the FCPP settled with Mann and apologized for its characterization of his work. Last month, after Ball’s lawyers cited their client’s poor health and lack of standing, the court dismissed the case, after which Mann took to Twitter to counter climate-denial sites that spun the dismissal.

Mann, a climatologist who directs the Penn State Earth System Science Center, spoke with CJR last week, one day after The New Yorker published a widely derided climate-change column by Jonathan Franzen. (Writing in her “Heated” newsletter, journalist Emily Atkin called Franzen’s take “the most brilliantly unintentional fossil fuel industry propaganda I’ve ever read.”) Mann talked about the lessons learned by newsrooms since “Climategate,” and the new pitfalls that await reporters covering the planet’s most important story. Our conversation has been edited for length and clarity.

This year marks a decade since news coverage of what many news outlets called “Climategate.” What gains have journalists made in their coverage of climate science and global warming since then?

We’ve seen a pretty dramatic move away from the false balance that we used to see, where every news story about climate change had to have a contrarian, a climate-change denier, representing the other side — as if there’s equal weight on the side of science and science denial.

At the same time, I think there are other problems that we’re seeing crop up in media coverage of this issue. [Franzen’s piece is] emblematic of a trend toward doomist framing; my worry is it leads people down a path of despair and hopelessness and inaction, which actually leads us to the same place as outright climate-change denialism.

We’re also seeing a tendency to emphasize personal responsibility and choice over systemic change. The New York Times, in the space of a month or two, had a half-dozen articles touting the importance of individuals. The problem is us and our eating habits, our travel habits. Again, I think this may not be intentional, but it is actually playing into a deflection campaign that is being used by fossil-fuel interests, trying to emphasize the role of individuals to take the pressure off regulation of industry and systemic changes.

It’s impossible now to deny that climate change is happening. The fossil-fuel industry has essentially given up on their campaign to deny the reality of climate change. So instead they’re focused on this kinder, gentler form of denialism. This is the new climate war, and we need to recognize that it’s being waged and understand that it’s every bit as dangerous as the old climate war—the old-fashioned, outright denial of the science. In some ways, it has the veneer of credibility. It seems reasonable to many people. And that makes it, to some extent, even more pernicious.

There’s a tension in climate communication between alerting people and alarming them. How do you spur people to action without paralyzing them with fear?

There is a fine line there. We have to convey both urgency and agency. Yes, we have an urgent problem; you could call it a crisis or an emergency, if you’d like. But we can do something about it. Urgency and agency have to go hand-in-hand. Only now are we seeing the sort of action that needs to be mobilized to shift us away from the business-as-usual paradigm.

There’s a logical fallacy, right? It’s like, Look, we still have the problem, so it’s not working. And Franzen, in essence, in his latest article, to me, is doing this. He’s saying, Look, it hasn’t worked, so this isn’t going to work, so let’s adapt to the changes that are coming. To me, it was unambiguous that that was his message. I don’t think that sort of messaging is helpful.

In Franzen’s case, I was actually contacted by a fact-checker to check a fact in the article, and I pointed out that it was wrong. When you look at model projections, and there’s an average and then there’s a spread, the estimate is that there’s an equal likelihood that the reality is above and below that spread. He had implied it was one-sided—that somehow the average is systematically underestimating the warming. He got that wrong. I pointed that out, and the error persists in the piece that appeared.

I don’t think it’s accidental that the errors that I’m talking about, the misrepresentations of the science, are systematically in the direction that paints an overly sort of gloomy, doomist picture. It’s exactly what climate-change deniers do in the opposite direction. They always cherry-pick the model projections and observations to understate the threat of climate change. Here, the doomists, in my view, are doing the same thing in the opposite direction.

How would you characterize your interactions with journalists?

Personally, I find journalists to be a very thoughtful lot, and even though many of them don’t have training in physical science, I’ve always found it fairly easy to communicate the science to them and to help them frame it in ways that the general public can understand.

The extent to which we still have some problems and challenges has less to do with journalists and more to do with management and editorial staff. The business model sort of favors clickbait and exaggeration. Some of the nuance and some of the key scientific framing are lost, and what you have is a more biased article that exaggerates the science in one way or another, that favors the sort of “whiplash effect” that Andy Revkin has talked about: Climate change is a hoax, or Climate change is far worse than we thought.

You have about as many Twitter followers as CJR—

—and more than many news outlets. You curate a lot of reporting and criticism concerning the climate crisis and the environmental changes of a warming planet. How do you engage that audience responsibly?

When I need some humility, I’ll look at how many followers Miley Cyrus has. [Editor’s note: She has 43.9 million.]

It’s not necessarily an objective measure of the intellectual contribution you’re making to the public discourse. And I recognize that. And, I guess, I feel like I’ve been given this great privilege of having a fairly large following, and I have a responsibility to use it responsibly. I do my best to do that, but I’m a human being.

Social media is often about the moment, the here-and-now, the hot take. We respond to impulses, to individual events. We’re less good at seeing things in broader context. I try to be aware of that, and I try to control my impulses. If something makes me really angry and I want to react, I’ll try to catch myself. I try to be as constructive as I can. I try to provide what I feel is important context to news articles and commentary that will help people see the climate crisis more broadly, and more deeply.

You responded on social media to misinformation published about your court case against Tim Ball. After I saw your responses, I realized  hadn’t seen any coverage from actual news outlets. Is there some conclusion about the press to draw from that?

I’d say in a phrase, Fool me once. I think the journalism community learned its lesson from the so-called “Climategate” affair. Climate-change deniers and the organizations that front for the fossil-fuel industry did a very good job at putting huge amounts of pressure on journalists to cover this fake story. Eventually, the mainstream media took the bait, because, well, If there’s this much smoke. Of course, it took a while for the various investigations to play out. Ultimately, when they did, what we saw was: there was no fire. The only wrongdoing was the theft of the emails. There was no indiscretion on the part of the scientists. The denial machine sort of lost its credibility.

In the end, I think it’s now a damp squib, but [climate-change deniers] generated a solid week or so of noise and distraction, and I actually think it folds into something larger. Right now, we’re seeing an uptick in online climate-denial trolling and bot armies being deployed to promote misinformation and disinformation. We see that in attacks on folks like Greta Thunberg, who’s become the figurehead of the youth climate movement. OPEC declared the movement “perhaps the greatest threat to our industry.” There’s all this ire and vitriol that’s been directed her way.

This has happened in the past. “Climategate” was intended to distract the public and policymakers going into the Copenhagen summit, back in December 2009. I think we’ve seen an uptick in denialist trolling and bot armies in the lead-up to this UN summit. I’ve seen other people comment on that; I think there’s clear recognition that there’s a ramping-up of this disinformation machine right now.