Agency says it's routine to have outside counsel, but several environmental lawyers say they haven't seen it before 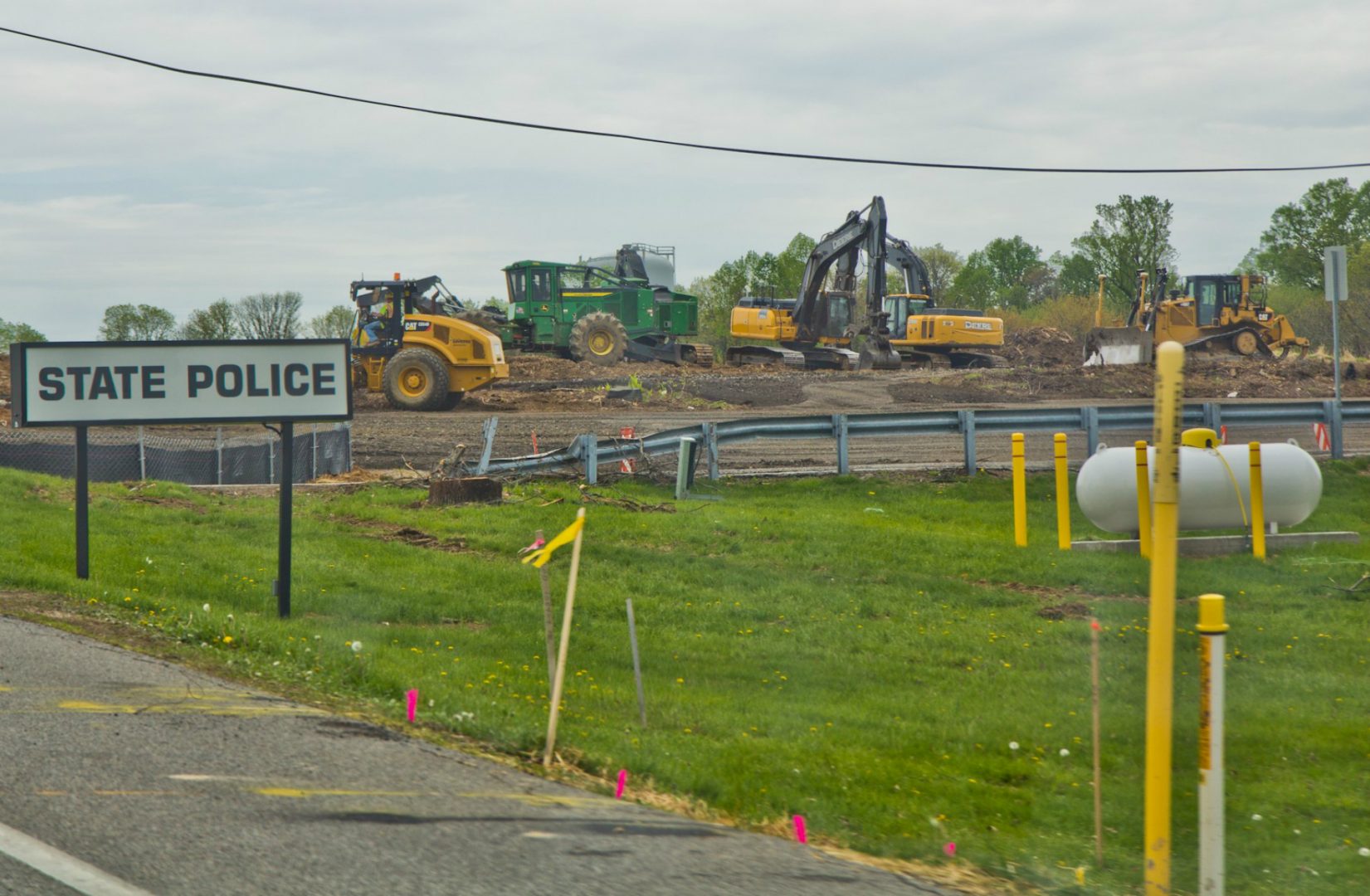 The Pennsylvania Department of Environmental Protection has engaged a criminal defense attorney to represent at least one employee with regard to a criminal investigation of the Mariner East pipeline project — a move several environmental attorneys said is unusual and possibly unprecedented for the regulatory agency.

Since pipeline construction on the $2.5 billion project began in late winter of 2017, the 350-mile long statewide project has resulted in backyard sinkholes, contaminated drinking water, and polluted wetlands.

In the summer of 2017, DEP, along with several environmental groups, agreed to a consent decree with Sunoco after dozens of drilling mud spills led to the pollution of high value wetlands and trout streams, and the loss of drinking water for residents of a Chester County community.

The Chester County District Attorney opened an investigation into Energy Transfer, the parent company of pipeline builder Sunoco Logistics, in December 2018. At the time, Tom Hogan said possible charges related to pipeline construction through the county included risking a catastrophe and criminal mischief. In March, he convened a grand jury.

The Department of Environmental Protection could be an integral part of such an investigation, since the agency issues the water-crossing and earth disturbance permits necessary for construction. It also enforces environmental regulations and special conditions outlined within those permits. DEP has entered into several consent orders and agreements with the company resulting from permit violations, and issued just under 100 separate notices of violations resulting in more than $13 million in penalties.

Hogan said his investigation centers on the company, and not on DEP or any of the agency’s employees.

DEP told StateImpact Pennsylvania in a statement that it “has been completely transparent and cooperative throughout this process.”

DEP said the outside law firm “does a wide array of work” and that it’s “entirely mischaracterizing this matter as this firm is not a ‘criminal counsel.’”

The DEP said in a statement that “the Chester County DA’s office gave strong indications that DEP counsel should avoid potential conflicts of interest that could arise by representing the agency and its employees.”

It added, “All persons subpoenaed to testify before a grand jury are entitled to representation. In an effort to avoid any conflict of interest, DEP retained counsel to be available for any and all DEP employees who are subpoenaed to testify regarding actions taken in the course of their employment and who would like counsel.”

It’s unclear if any DEP employees have been subpoenaed to appear before the grand jury, which are closed hearings.

Hogan said his office talked to Energy Transfer about conflicts, as is typical in such cases, but did not direct those discussions toward DEP attorneys. DEP spokesperson Elizabeth Rementer disputed Hogan’s statement, saying that one of his assistants told both DEP counsel and staff that “there was a conflict of interest in DEP counsel representing DEP staff before the Chester County grand jury.”

Randall Hsia, an attorney with the law firm, Schnader Harrison, is now representing DEP, according to Hogan. Hsia spent time as a criminal prosecutor with the U.S. Attorney’s office before joining Schnader. According to the firm’s website, “his practice focuses on criminal defense and internal investigations.”

The law firm, Schnader Harrison Segal and Lewis, is one of several firms selected in 2018 by the state’s Office of General Counsel to provide legal services related to criminal procedures on an as-needed basis to about 30 state agencies, including DEP.

The letter of engagement with the firm, dated May 1, 2019, outlines the cost of the representation as $342 an hour for partners and $225 an hour for associates. The letter, provided to StateImpact by DEP and posted below, is signed by the state’s Deputy General Counsel Rodney Akers and is redacted in some portions.

“Due to the urgent need for legal services, approval has been granted for the firm to begin work immediately,” the letter reads.

None of the available portions of the letter refer to the criminal investigation into Energy Transfer/Sunoco or a specific DEP employee.

In a statement, the DEP says it “routinely retains outside counsel when appropriate.”

The move has ruffled feathers with the Chester County District Attorney. Hogan said he has never heard of a federal or state agency retaining criminal defense attorneys to communicate with prosecutors pursuing an investigation.

“It would be like the FBI or the DEA saying they won’t talk to us without defense lawyers,” he told StateImpact. “They’re supposed to protect the environment and when they’re called in to talk to prosecutors they hire criminal defense lawyers. It’s through the looking glass. What do they have to hide?”

A number of environmental attorneys agree that the move is highly unusual.

“This is a very rare event that DEP would even consider hiring criminal counsel on a permitting action,” said Rich Raiders, an environmental attorney who represents landowners that challenged both the eminent domain takings for the Mariner East pipeline project, as well as DEP’s permits for the project. “In my 30 years working regulatory compliance I have not seen that anyone needed to hire a criminal defense lawyer at an agency.”

Raiders said he’s confused by the DEP’s actions and is unsure of where the conflict of interest would lie. Not everyone called to testify before a grand jury would be a target; some could be called as witnesses.

Things could change over the course of a grand jury investigation, however, leaving open the possibility that others beyond Energy Transfer/Sunoco employees could be targeted. Raiders, in addition to half a dozen other environmental attorneys StateImpact spoke to, said the only criminality he could think of for a state employee would be bribery or kick-backs.

Mark Freed is an environmental attorney with Curtin and Heefner. He previously worked as an attorney for DEP, and was a criminal prosecutor for the Pennsylvania Attorney General’s office environmental crimes section.

“I don’t know that I’ve ever seen a situation where the agency or one of its employees was the target or potential target of criminal investigation,” Freed said.

Environmental attorney David Mandelbaum, co-chair of Greenberg Traurig’s environmental practice who teaches environmental law at Temple University, said he knows of no situations where a government employee doing a job like permit review, or issuing of permits, would be charged with a crime short of bribery. Permit review in and of itself, regardless of the outcome of that review, would not result in a criminal investigation, he said.

“It’s affirmatively not criminal,” Mandelbaum said. “The government is allowed to screw up.”

Regarding the grand jury investigation, Mandelbaum said it’s possible potential conflicts could arise for DEP’s in-house counsel. That’s because in the event that an employee is called to testify, the interests of the agency and the employee could diverge.

Testifying before a grand jury, or even being questioned by a criminal prosecutor, can also be intimidating for an employee, he said, and “Lawyers are there to relieve anxiety.”

Steve Miano is an environmental attorney with Hangley Aronchik and previously worked as the assistant regional counsel for EPA’s region 3 office.

“If DEP employees were targets, then I would see the conflict,” Miano said. “But I’m not sure I see the conflict if they’re testifying on behalf of the commonwealth as to what happened. It may be that DEP feels that its in-house lawyers just don’t have the expertise to handle that type of counseling.”