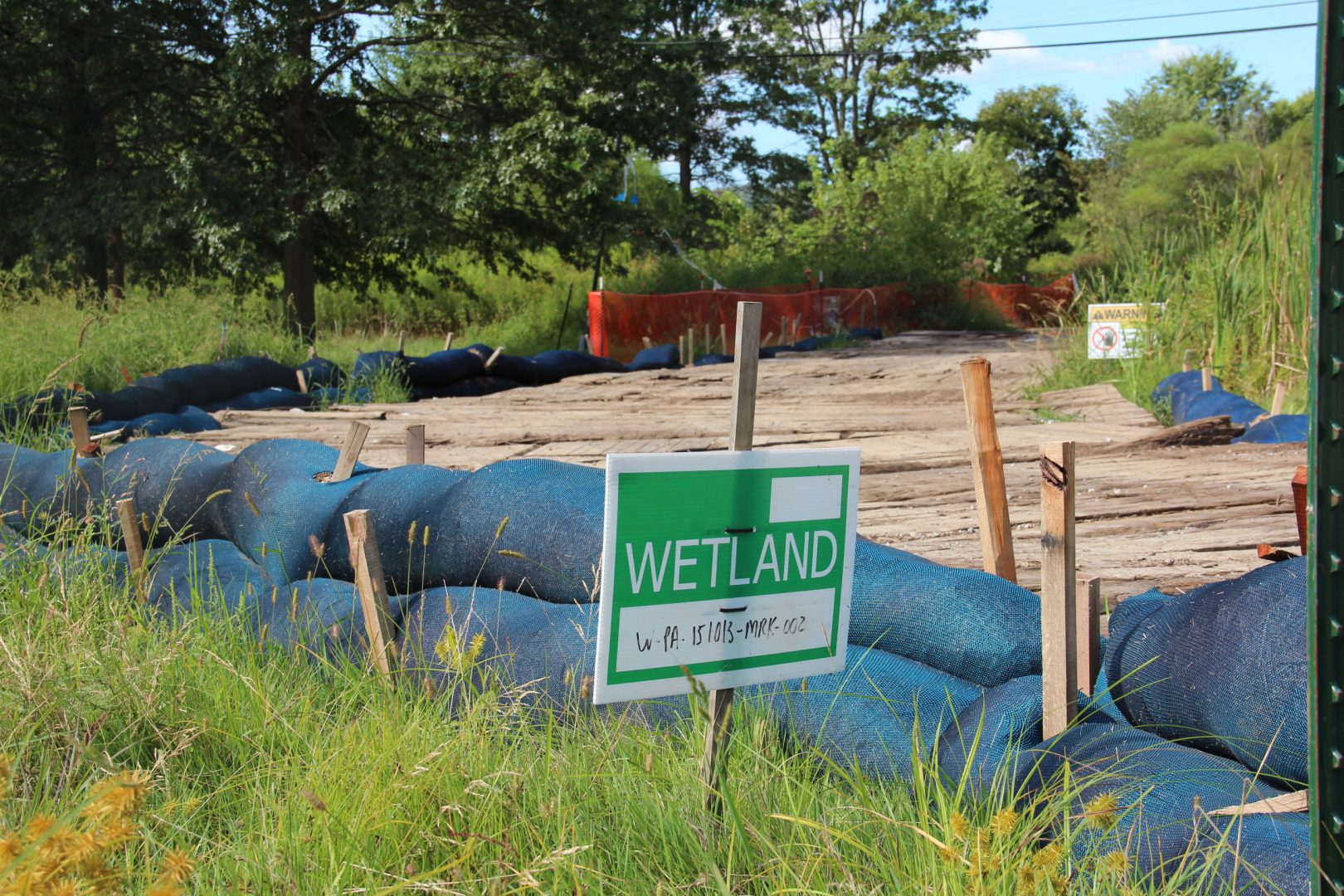 Officials from a Beaver County agency say they should keep their authority for approving erosion control permits for pipelines in the county. The comments were made at a public meeting Wednesday on a decision by the state to revoke the agency’s authority.

The decision was the latest in a chain of events that began last September, when the Revolution Pipeline — in service less than a week — exploded off Ivy Lane in Center Township. Authorities said heavy rain caused a landslide, leading to the explosion, which destroyed a house.

The Pennsylvania Department of Environmental Protection conducted a review of the Beaver County Conservation District’s erosion control permitting program. It found deficiencies in record-keeping, inspections, and training, and it pulled the district’s authorization.

But on Wednesday, after fielding questions from local residents and environmental groups, Jim Shaner, the conservation district’s executive director, said the DEP shouldn’t have done that. 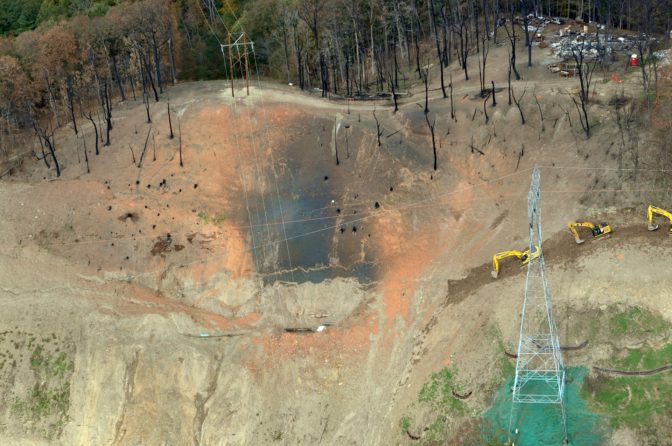 The site of the Revolution Pipeline explosion that occurred in September 2018.

While not commenting on the Revolution explosion, which is still under investigation by the Pennsylvania Public Utility Commission, Shaner said most of the DEP’s critique focused on paperwork problems, which he said his agency is fixing.

“We should be reviewing the permits, we have not done anything wrong, we just had a filing issue to where stuff wasn’t filed in hard copy,” Shaner said. 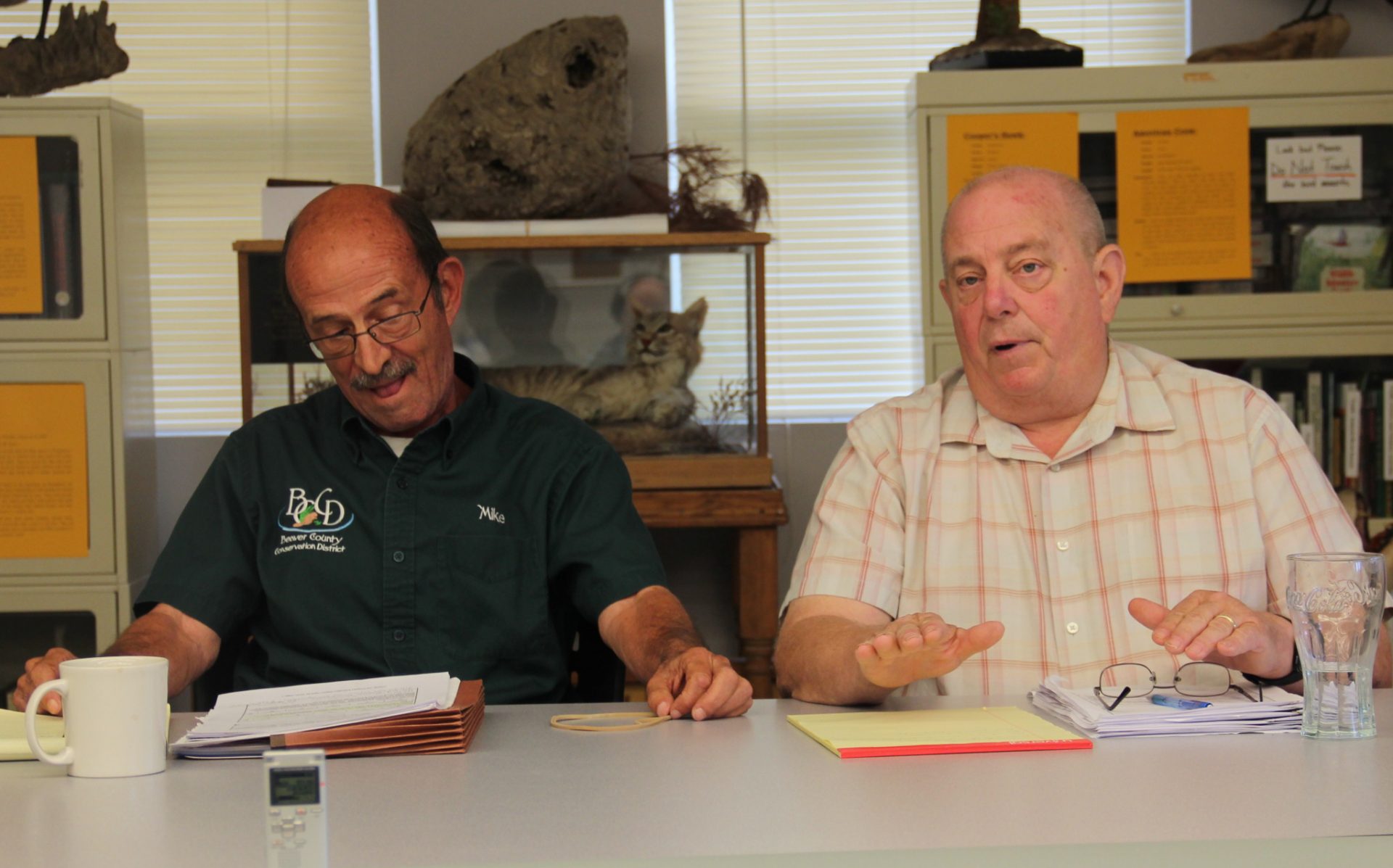 Environmental groups are calling for the DEP to put a 180-day pause on all active permits in Beaver County while the state reviews those approved by the conservation district.

Josh Eisenfeld of Fair Shake Environmental Legal Services said the influx of pipelines in Pennsylvania is straining the ability of local regulators to review them.

A spokeswoman for the DEP didn’t immediately respond to a request for comment.

State law allows the DEP to delegate the enforcement of erosion control laws to local agencies called conservation districts “if they have adequate and qualified staff.”

In its review of the Beaver County Conservation District, the agency said it was “concerned about the level of scrutiny related to the review of permit applications.”

In one instance, the DEP found “a lack of solid judgement” over the conservation district’s failure to inform the state that it was receiving money from a pipeline project whose erosion permit it was overseeing.

Shaner revealed Wednesday after the meeting that the agency had an agreement with Shell’s Falcon pipeline, which will feed ethane to its Monaca cracker. The company paid $174,791 for an approximately 1,500-foot easement on the conservation district’s Independence Township property.

At the hearing, Shaner said district employees had mentioned the easement agreement verbally to officials with the DEP, and that the district had asked the DEP to clarify its claim that his agency did not use “solid judgement.”

In an email, Virginia Sanchez, spokeswoman for Shell Pipeline Company, said the Falcon pipeline “underwent a robust and rigorous review process to obtain all necessary permits from the Pennsylvania Department of Environmental Protection, which ultimately approved and issued these permits.”