Several C-5 Galaxies sit on the flightline during the morning sunrise at Dover Air Force Base, Delaware, home to the 436th Airlift Wing. Photo used under creative commons license (https://bit.ly/1jNlqZo). 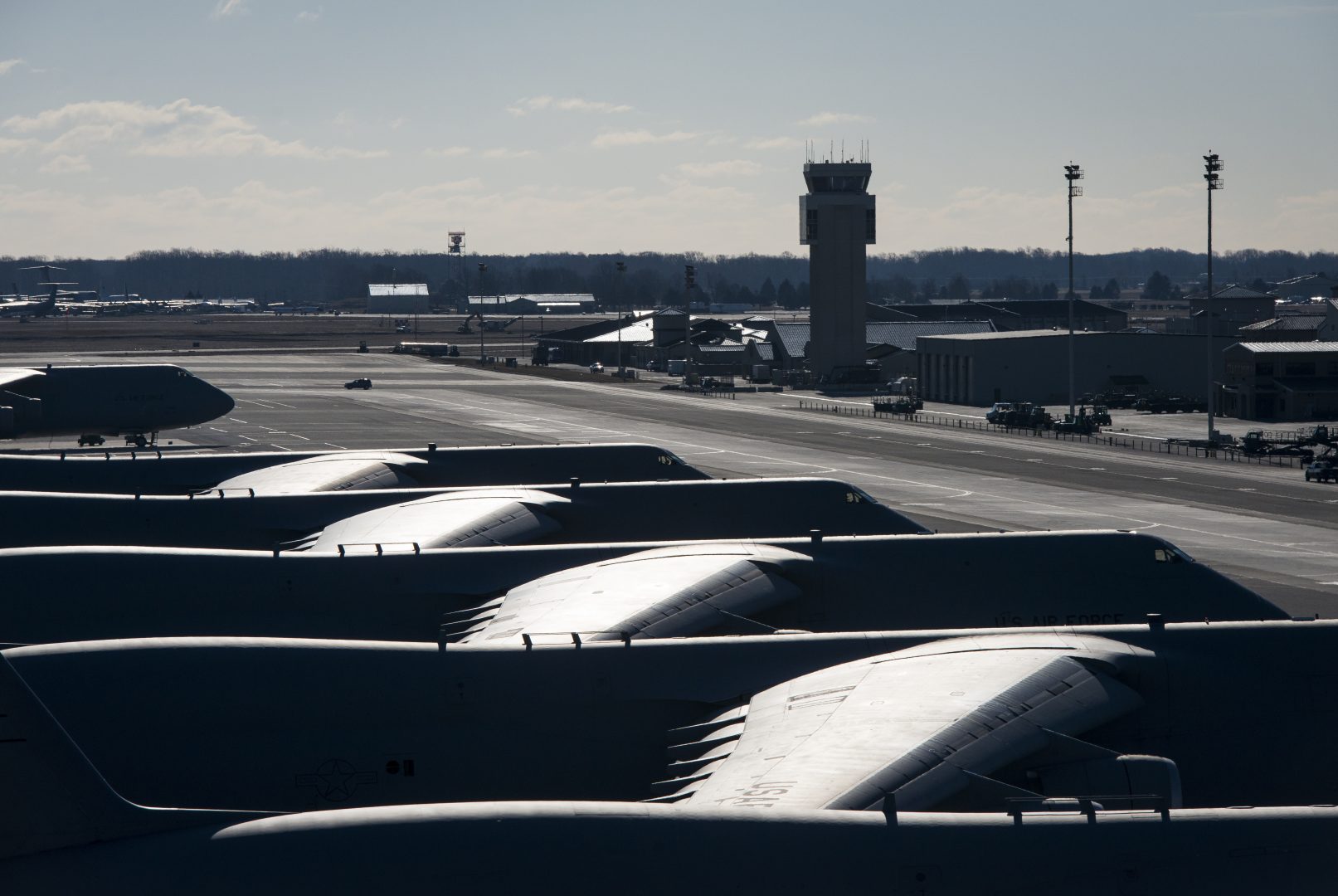 Several C-5 Galaxies sit on the flightline during the morning sunrise at Dover Air Force Base, Delaware, home to the 436th Airlift Wing. Photo used under creative commons license (https://bit.ly/1jNlqZo).

New tests done last month showed four new wells east of the base had PFAS levels higher than the EPA’s standard of 70 parts per trillion.

“After coordination and talking with some of our other state and regulatory agencies, we decided that there was a need to do more sampling,” said base remedial project manager Joe Kowalski. “This is in a different area off Dover Air Force Base. These four impacted wells are all in the proximity of each other.”

The four contaminated wells provide water to five businesses in a shopping center, plus two homes and an office building. The Air Force is providing bottled water for those impacted by the contamination.

The contamination near DAFB and other similar facilities in Pennsylvania is believed to be connected to the use of firefighting foam. The PFAS chemicals can enter the bloodstream through drinking contaminated water. Once in the body, they have been linked to a range of health problems, such as certain cancers, thyroid dysfunction, and elevated cholesterol. They can also suppress a person’s immune system.

Dover has since switched its firefighting foam that’s supposed to be more environmentally friendly. Kowalski said the wells identified last month were likely contaminated prior to the changeover.

The state Division of Public Health says the businesses and residents who are affected should use the bottled water provided by the Air Force until a more permanent solution is put in place. The Air Force is also considering longer term remedies including digging new, deeper wells for the people and businesses affected. The Air Force is also considering connecting these customers to the city’s water supply or installing a whole home filtration system.

“These are all options that we are actively looking into right now on what the best way forward is,” Kowalksi said. “Our main focus right now is to make sure that these people are taken care of.”

In 2014, deeper wells that provide drinking water to the base via Tidewater Utilities were tested, but no PFAS were detected. State environmental officials say those wells draw from a “deep, confined aquifer.” People living in on-base housing are unaffected because their water comes from the city of Dover’s water utility.

Last year, an analysis by the Union of Concerned Scientists found DAFB had the fourth highest levels of PFAS for all US military sites. The group said Dover’s maximum PFAS levels were at 2.8 million parts per trillion. That’s 40,000 times higher than the EPA’s health advisory level of 70 parts per trillion for PFAS contamination.

There is some concern that these four wells may not be the only ones contaminated.

Delaware Sen. Tom Carper said the Department of Defense has not confronted this issue quickly enough.

“But as Dover residents know all too well, this is far from a new threat — and the Air Force’s actions this weekend represent only a tiny fraction of their long-term responsibilities,” Carper said in a statement. “DOD continues to advocate for weaker groundwater cleanup standards and downplay the extent of their cleanup liabilities. To make matters worse, we have an EPA that continues to drag its heels when it comes to PFAS.”

As the top Democrat on the Senate Environment and Public Works Committee, Carper has been pushing for legislation that would designate PFAS chemicals as hazardous substances under U.S. environmental protection laws.

Dover is not the only Delaware site impacted by PFAS contamination. Earlier this year, the CDC announced plans to randomly sample residents who live near the New Castle Air National Guard Base to test them for PFAS. The New Castle study is one of seven similar examinations around the country.

It’s similar to work done last fall in Bucks and Montgomery counties in Pennsylvania and Westhampton, New York. That study found that levels of one type of PFAS chemical, known as PFHxS, were more than five times higher than the national average, according to results obtained by The Philadelphia Inquirer.

The CDC study in New Castle will begin this year and continue into 2020.