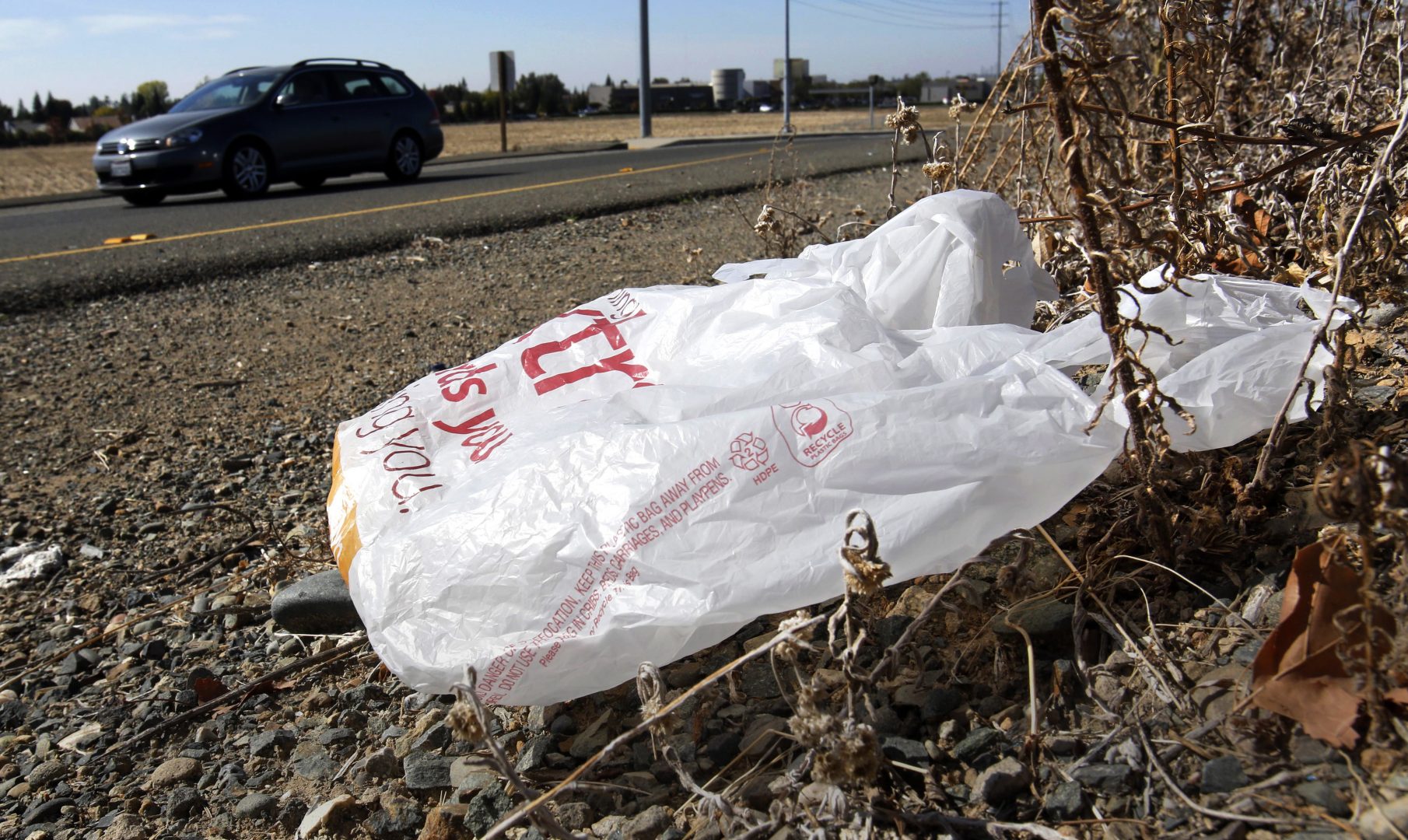 For the fourth time in 12 years, a member of Philadelphia City Council has introduced plastic-bag legislation.

“We worked with a broad coalition of folks when we were drafting this legislation,” Squilla said, “and I believe this time we’ll have a really solid majority of support to pass the legislation.”

Plastic bags used to package loose vegetables or contain meat or fish would be exempt from regulation, as would plastic bags for unwrapped prepared foods and bakery items.

The hybrid model — a ban plus a tax — is the most comprehensive of the measures that have been proposed in City Council.

David Masur, executive director of PennEnvironment, which worked with Squilla’s office on crafting the legislation, said using both tools could have a powerful effect on reducing plastic pollution.

“That combination probably is a good mix to really incentivize consumers to look for other options and bring a bag with them to the store,” he said.

Squilla’s previous attempt at regulating plastic bags — a proposed 5-cent fee on plastic bags introduced in 2015 – sputtered when opponents argued it would be a regressive tax on poor Philadelphians.

Two earlier attempts by other city lawmakers to ban plastic bags, in 2007 and in 2009, also died.

If the current bill were to pass, Squilla said, there would be outreach from the city to low-income communities to distribute free reusable bags. Those enrolled in the home-energy assistance program LIHEAP, for example, or receiving other low-income subsidies would be eligible for free bags.

“The areas of most concern are some of our underserved areas that have really seen the blight of these plastic bags strewn all over the place,” he said.

Masur echoed that sentiment, arguing that concerns about the impact on low-income residents have not come to pass in other cities and counties that have passed similar legislation.

“Many of the communities that have the most chronic litter problems are those very communities,” he said, “and they’re the ones who are clamoring to make sure we solve the problem to make their neighborhoods clean and have a higher quality of life.”

In the past, the grocery and petrochemical industries have lobbied against plastic-bag bills, arguing the legislation would place an undue burden on businesses.

But the new legislation would allow businesses to keep the fees they collect from distributing paper or thicker plastic bags. That money would not go to the city.

The Chamber of Commerce for Greater Philadelphia, which has opposed past attempts at plastic-bag legislation, declined to comment for this article.

In addition to the ban and fees on certain bags, recyclable paper bags would be required to be made of at least 40% post-consumer recycled content.

The fee on thicker plastic bags is meant to deter manufacturers that might try an “end-run” on the legislation by producing bags that are thicker than what is specified in the bill, Masur said. And the 15-cent fee — higher than what has previously been proposed — is meant to deter consumers from bothering with bags.

The legislation is the latest in a spate of plastic-bag bills that have swept the nation, including the recent passage of bans in Delaware, New York, and several New Jersey towns, such as  Avalon, Stone Harbor and Brigantine.

Squilla said the current environment makes him confident his bill will pass.

“You can feel the momentum of where this is going,” he said, “and I think even the folks who were opposed to it early on now see that it’s almost inevitable, that it’s going to be everywhere.”