The exterior of the Washington County courthouse. 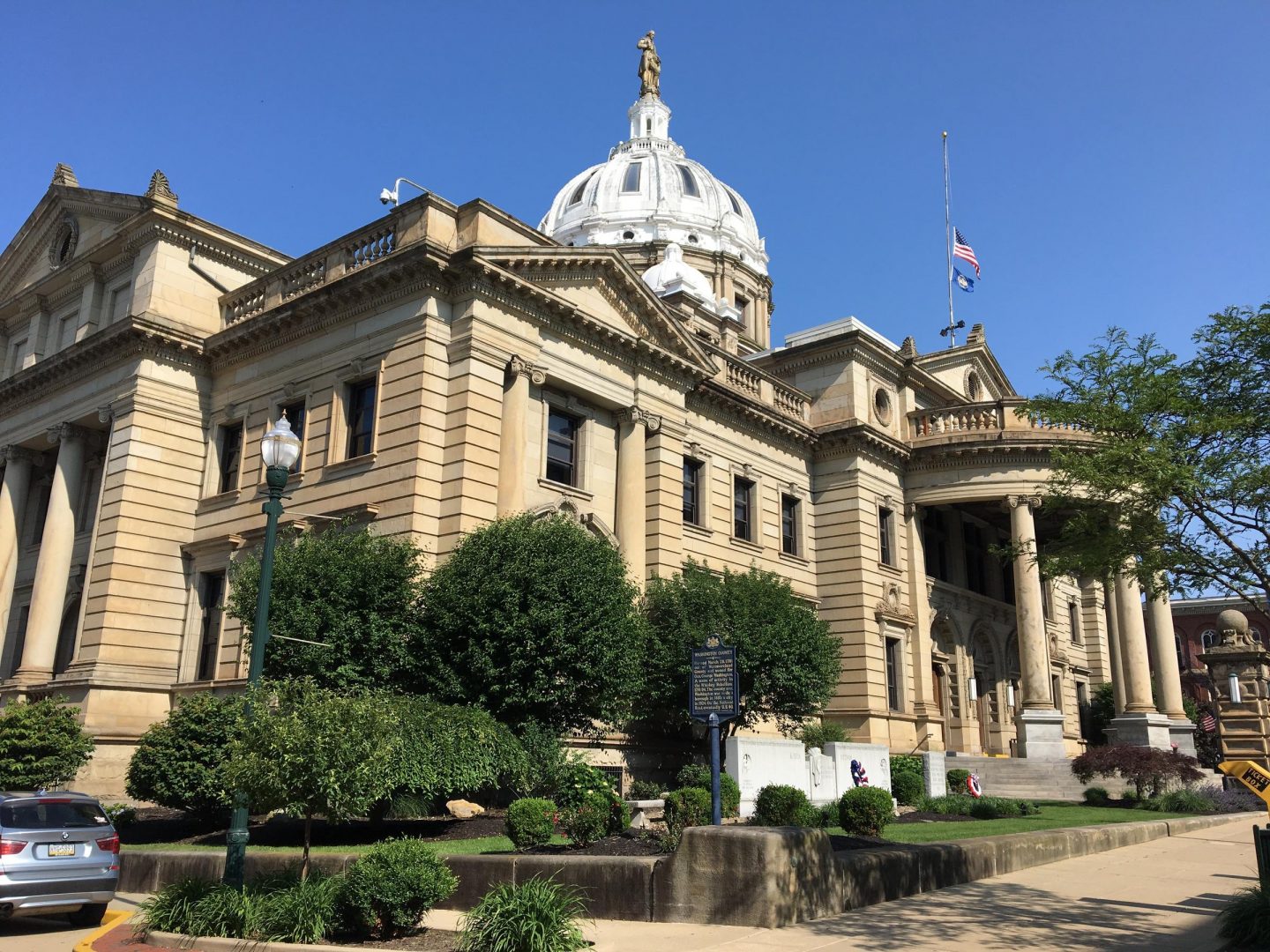 The exterior of the Washington County courthouse.

The ruling set the stage for publication of the agreement’s terms today.

Frazier would not comment after the hearing. But Emery’s ruling was hailed as a First Amendment victory by David A. Strassburger, an attorney for Frazier and media outlets StateImpact Pennsylvania, Allegheny Front and WESA, which broadcast his work.

“If [Range Resources] didn’t want the public to know, they shouldn’t have come to court” to resolve their legal dispute, he said after the hearing.

The settlement resolved a civil suit in which Haney and others alleged that they suffered health effects from pollution caused by Range Resources drilling operations, and that the company sought to hide evidence of contamination in water tests. Haney became a central figure in the 2018 book “Amity and Prosperity: One Family and the Fracturing of America,” which won a Pulitzer Prize this year.

The Pittsburgh Post-Gazette has been seeking to unseal the settlement for months. But after attending a hearing on that dispute last week, Frazier discovered the document was available to the public on a database operated by the Washington County Prothonotary’s office, which keeps records for the county’s civil courts. (Such issues are not unheard of: In 2007, the Post-Gazette published sealed records related to the divorce of late billionaire Richard Mellon Scaife after those documents were wrongly posted on a publicly accessible court computer system.) Frazier printed a copy at the prothonotary’s office and left with it.

The prothonotary’s office later confirmed that the material had been made publicly accessible due to an error. At the outset of the hearing, Emery said the problem arose after the office had inadvertently revealed the document while sending it to an Allegheny County judge hearing a related lawsuit filed by Haney.

Last week, Frazier notified Range Resources and Haney’s attorney that he had a copy of Emery’s August 2018 court order that included terms of the settlement, and that he intended to report on it. That gave attorneys time to obtain Emery’s order barring publication. That order barred Frazier and anyone affiliated with him from “directly or indirectly publishing, circulating, disseminating, disclosing, describing, duplicating, or otherwise sharing in any way the contents of the Sealed Documents.”

On Tuesday, Range Resources attorney Kimberly Brown blasted Frazier for taking the document, likening it to someone who “checked to see if the drawer was locked.” Even after hearing a courtroom argument about the very fact that the documents were sealed, she said, “he reached in, grabbed that information and … took it for his own purposes.”

But Range then surprised the court by announcing it would release at least some of the terms of the settlement itself.

“Range settled this case in search of peace,” said Brown of confidential talks with Haney, and other companies involved in the suit. But “[due] to no fault of its own … Range has not received the benefit of its bargain.”

She and another Range Resources representative departed the courtroom soon after, leaving Strassburger to tell Emery that “It’s not OK to think that Reid Frazier was slinking around … If he was slinking around, he would have published immediately.”

Emery called Range Resources’ move to release its settlement terms a “bold step,” and said she would lift the gag order, allowing Frazier and WESA to publish the material.

Media law experts say that such gag orders — which exercise what is called “prior restraint” on material before publication — are exceedingly rare. Caitlin Vogus, a staff attorney for the Reporters Committee for Freedom of the Press, says her organization is aware of only eight such orders being issued anywhere in the United States since 2017. At least one of those incidents involved reporters’ discovery of sealed documents that were inadvertently made publicly accessible.

“Thankfully they are very rare, but when it happens, it is very serious,” she said. “They don’t just chill free speech; they freeze it.”

But Vogus said the restraints are usually lifted quickly, either on appeal or by the judge who initially issued the order, once he or she has time to reconsider. The U.S. Supreme Court has overturned prior restraints in every case – including publication of the controversial Vietnam War-era “Pentagon Papers” – since 1931, ruling in one case that prior restraints were “the most serious and the least tolerable infringement on First Amendment rights.”

It may not be immediately obvious why the public has a stake in knowing about a settlement reached between private parties. But Vic Walczak, legal director of the ACLU of Pennsylvania, said there can be a strong public interest in learning how such disputes are resolved.

“From a civil liberties perspective, it’s important because you’ve got parties using the court system, which is a public institution, and matters that take place in our courts are presumptively public, Walczak said. “From a public policy perspective, confidentiality and nondisclosure agreements can be extremely dangerous – in this case you could say there’s a danger to public health, safety and welfare.” Settlements can include steps taking to mitigate the extent of the damage being done, and “it’s important, because it may be illegal or toxic and otherwise people don’t know it’s there.”

Even the dollar value of the settlement can communicate crucial information, Walczak said.