Workers push a partly assembled Mirai through the assembly line at Toyota's LFA Works in Aichi Prefecture, Japan. Since there are so few hydrogen fuel cell cars manufactured, all of them are assembled by hand. (Hiroo Saso)

In a letter, Sen. Tom Carper and Rep. Frank Pallone say EPA is listening to fossil-fuel interests over its own staff. 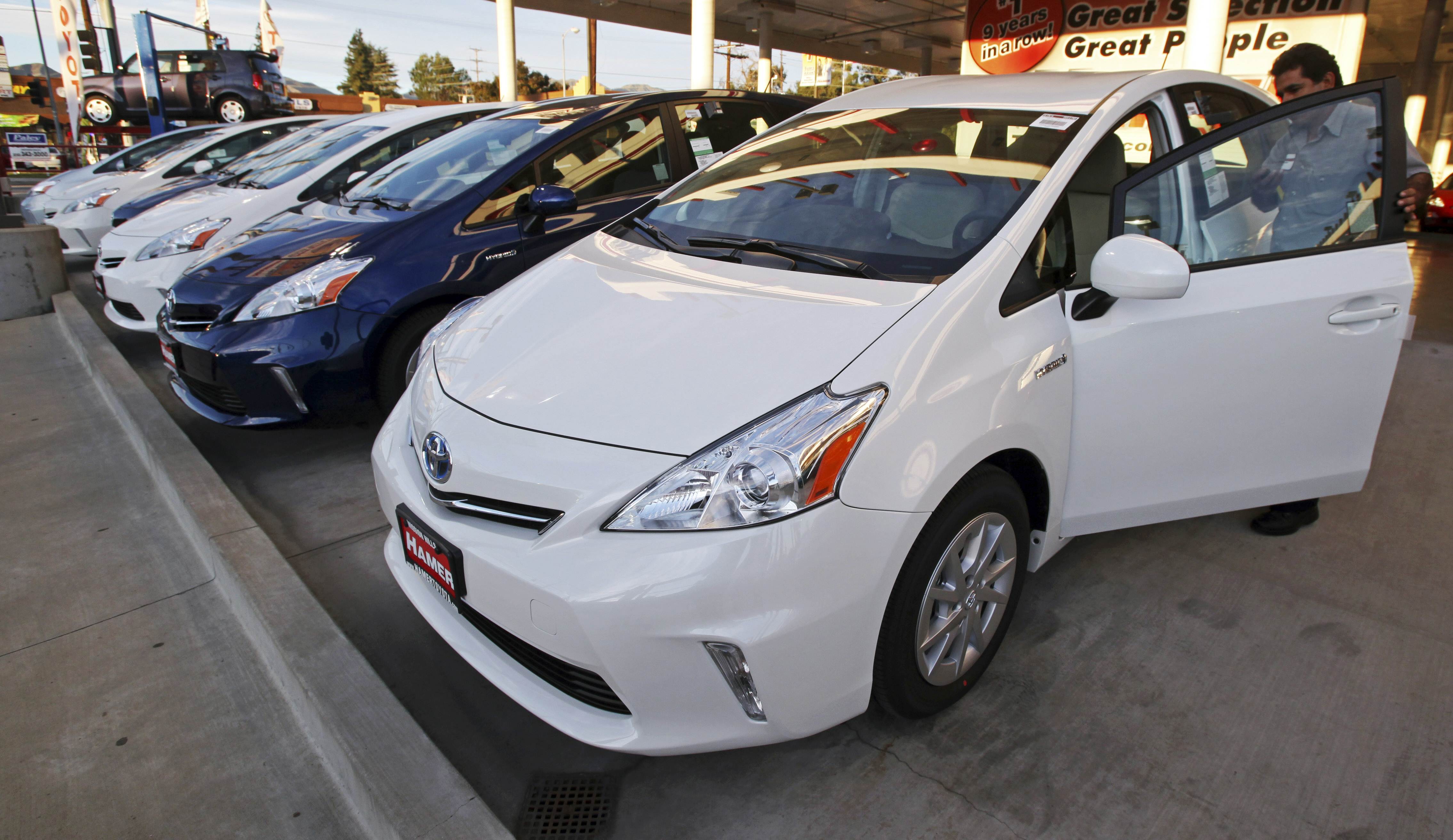 An employee parks a Toyota gas-electric hybrid automobile in a row of similar cars at a dealership in Los Angeles Thursday, Jan. 26, 2012. Del. Sen. Tom Carper and NJ Rep. Frank Pallone say EPA has deceived Congress over the impacts of a planned rollback on clean car standards. (AP Photo/Reed Saxon)

In the letter Senator Carper and Congressman Pallone accuse EPA Administrator Andrew Wheeler of listening to the fossil fuel industry over the EPA’s own expert staff.

“Moreover, the oil industry launched a covert social media and lobbying campaign to weaken the current standards and revoke California’s Clean Air Act waiver,” Carper and Pallone write. “The oil industry stands to reap the most benefit from the proposed rollback because Americans will be forced to spend hundreds of millions of dollars more for gasoline in the less efficient cars.”

Wheeler testified that the weaker Trump Administration rules would save lives and reduce emissions, and that the Obama rules were too costly.

“I live in the lowest lying state in America, the seas are rising around us,” Sen. Carper told StateImpact. “And our state is beginning to sink. We see the vestiges of sea level rise here every day. If we continue to use more and more fossil fuels, we’re going to see more and more extreme weather.”

“I was stunned by what I saw while I was still at EPA because this was such a historic regulation by EPA,” said Alson. “And yet while I was there EPA staff were not going to be allowed to participate in decision-making.”

Alson says some of the calculations used by the Trump Administration to justify the changes are laughable. As an example, he pointed to the claim that the new standards would reduce car fatalities by 1,000 each year. This, among other assumptions, was refuted by economists in an article published in Science Magazine last year.

“I don’t believe there has ever been such an important regulation that EPA has proposed to roll back without consulting its own expert staff,” said Alson.

In the letter, Carper and Pallone ask EPA to provide a number of documents detailing how the decision to rollback the standards were created.

When asked for comment on the letter, an EPA spokesman said the agency “will respond through the proper channels.”

Life along the Delaware: Seeing the river from Camden, and acting for its betterment and ours