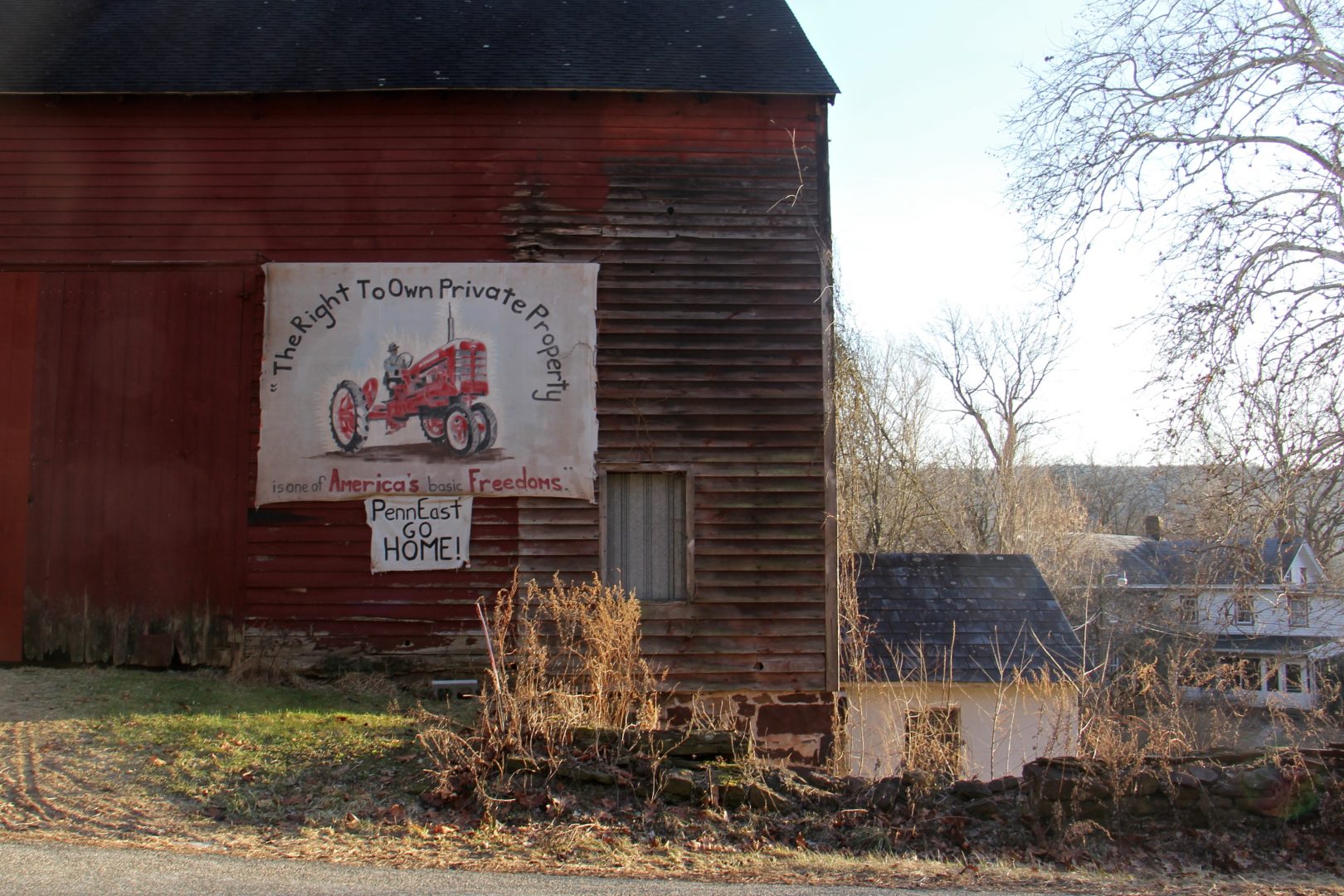 Opponents of the PennEast Pipeline are cheering the discovery that nine properties along the project’s proposed route in New Jersey could qualify for historic designation, creating yet another hurdle for the project and raising the prospect of further delays.

Katherine Marcopul, deputy state historic preservation officer for New Jersey, disagreed with a firm hired by PennEast Pipeline Co. that recommended only three properties in Warren and Hunterdon counties be considered for the state and national registers of historic places.

Several more sites require further study, Marcopul wrote in an April 17 letter. All have structures dating from the early to mid-nineteenth century and could be significant in the history of Hunterdon County agriculture, she said.

Patricia Kornick, a spokesperson for the PennEast Pipeline project, said the company has requested a meeting with New Jersey’s historical preservation office to learn more about the sites. The company could be forced to tweak its plans to mitigate any impact on the sites.

“We are committed to minimizing as much as possible the environmental footprint of the PennEast pipeline and will continue to work with the historic preservation organization as well as other organizations to best accomplish that,” Kornick said.

Environmental advocates who have been fighting the project for years said they were pleased New Jersey officials are working to preserve the state’s history and welcomed any delay the letter could cause.

“It could force them to make some significant changes to the project and that’s always difficult for them,” said Tom Gilbert, campaign director for the New Jersey Conservation Foundation. “Time is money and sometimes projects get delayed to death. And that’s certainly a possibility here.”

PennEast has already had to push back its target date for starting construction on a $1 billion project that would carry Marcellus Shale gas from Luzerne County in northeastern Pennsylvania about 120 miles to Mercer County in New Jersey.

The company has said the line will bring needed natural gas to New Jersey and benefit households by providing cheaper energy. Opponents, however, say the project is unnecessary and poses a threat to sensitive habitat, open space and waterways.

PennEast pipeline has received key approvals from the Federal Energy Regulatory Commission and Pennsylvania regulators but still needs permits from the Delaware River Basin Commission and the New Jersey Department of Environmental Protection. The project crosses dozens of waterways, including the Delaware, Lehigh and Susquehanna rivers.

Marcopul, the historic preservation officer, and the firm hired by PennEast agreed on three sites that should be considered for the state and national historic registers. They are the Belvidere-Delaware Railroad historic district that runs from Warren to Mercer county; the Hoagland Farmstead in West Amwell; and a nineteenth-century Gothic Revival house in Kingwood.