What other states are doing about plastic bags — and what might happen with Pa.’s proposed ban | StateImpact Pennsylvania Skip Navigation

What other states are doing about plastic bags — and what might happen with Pa.’s proposed ban 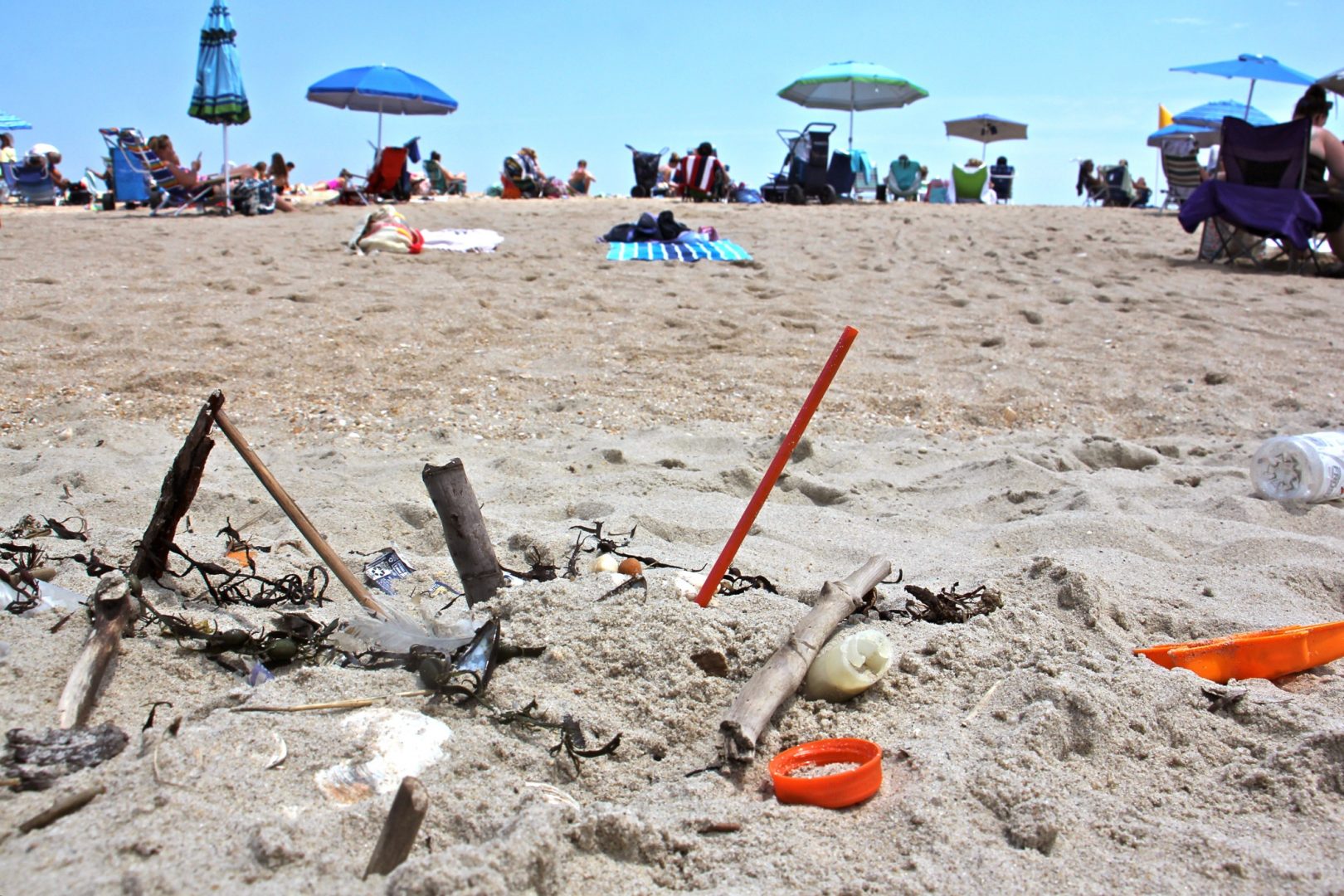 A renewed legislative effort to curb the use of disposable plastic shopping bags in Pennsylvania is milder than measures enacted or proposed in some other states and may not achieve its goals of reducing waste and cutting the use of fossil fuels even if it becomes law, advocates said.

Two Democratic lawmakers said last week they will reintroduce a bill that would put a 2-cent fee on each non-reusable plastic bag handed to shoppers by retailers grossing over $1 million a year. Philadelphia State Reps. Brian Sims and Jared Solomon said half the revenue would be returned to retailers to help improve internal recycling and half will be used for state recycling programs.

The planned bill, though not as bold as the fees or outright bans imposed by some other states and cities, could be an opportunity for Pennsylvania to address rising public concern that the ubiquitous bags litter streets, clog storm drains, endanger wildlife, take up scarce space in landfills, and increase fossil fuel use.

But an advocate in New Jersey – where lawmakers are making a second attempt to get a bag-reduction measure on the statute books — said that merely imposing a fee on bag use, particularly the modest 2-cent charge proposed in Pennsylvania, won’t do much to solve the problem because people will simply pay the fee and continue to use the bags.

A bill that would have imposed a 5-cent fee on single-use bags was vetoed by New Jersey Gov. Phil Murphy last August because he said it didn’t go far enough to cut plastic bag use. He sent the bill back to lawmakers, and asked them to try again.

Now, there’s a stronger bill that would ban retailers from giving plastic shopping bags to their customers, while also banning plastic straws and Styrofoam food containers.

“If you look at those states that have a plastic bag fee, the end result is that it really doesn’t reduce the use very much because people will pay the fee,” said the new bill’s chief sponsor, New Jersey State Senator Bob Smith, a Democrat who chairs the Environment and Energy Committee. “It doesn’t solve the problem.”

Smith predicted the new bill will meet the Governor’s demands, and will become law by the end of the year.

He urged Pennsylvania lawmakers to pursue stronger measures than trying to impose a small fee. “They don’t need to learn it from us,” Smith said. “Even in the states with a higher fee, people will say: ‘ I don’t care, I’ll pay the fee.’”

Even under a best-case scenario, bag fees only reduce use by 20 percent, meaning that 80 percent are still going into the waste stream, Smith said.

What’s happening in other states

Three other states, California, Hawaii and most recently New York, have banned single-use plastic grocery bags, with various exemptions, and three others, Maine, Delaware and Rhode Island, have recycling or reuse programs. New York, whose ban is due to go into effect next year, also has a bag-recycling program.

But the number of states with bans, fees or recycling programs is outweighed by the 12 states that have passed laws pre-emptively prohibiting any local ban on plastic bags, according to the National Council of State Legislatures. They include Florida, Arizona and Wisconsin.

Overseas, at least 32 countries have banned plastic bags, and around the same number have imposed partial bans or taxes, according to Reusethisbag.com, which makes reusable and recycled grocery bags.

Around 200 U.S. cities have banned bags or imposed fees on their use including Boston, San Francisco, Seattle and Washington, D.C.

Cities that have banned bags report significant reductions in the number of bags in their waste streams, and big savings in waste-disposal costs. Seattle has reported a 48 percent decline in the number of plastic bags in its residential waste, while San Francisco says it is saving some $600,000 a year in plastic processing costs.

But critics the benefits of bans are overstated. According to a study cited in a recent National Public Radio report, the bans enacted so far have resulted in higher sales of plastic bags for lining trash cans or picking up dog waste – both of which might have been achieved with reused plastic shopping bags if they had been available. They have also increased the use of paper grocery bags, whose raw material has its own negative environmental impact, the opponents say.

“Alternatives which seem ‘greener’ actually place a greater burden on the environment because they require more natural resources to produce and transport, they emit more carbon throughout their lifecycles and they need more energy to recycle,” says bagtheban.com, a website that advocates for the continued use of plastic bags.

But David Masur, executive director of PennEnvironment, said that even if a bag ban leads some consumers to buy more plastic trash sacks, for example, there will still be an overall reduction in plastic use of around 70 percent, based on the findings of the study quoted by NPR.

And if consumers switch to paper bags, their environmental impact can be mitigated by state or local laws requiring that the bags are made of post-consumer waste, said Masur, whose group hosted the launch of a package of waste-related bills that included the plastic bag measure.

In Pennsylvania, the initiative faces an uphill climb in the legislature that rejected it in the last session, and which previously passed another bill that would have prevented local measures to ban the bags. It was vetoed by Gov. Tom Wolf on the grounds that it would have violated the Environmental Rights Amendment of the state Constitution.

Masur acknowledged the bill will be a heavy lift in the Republican-controlled legislature, and so is more likely to succeed as a way of publicly airing the issue than by becoming law.

“In all social-change issues and environmental issues, we make headway by starting the conversation around, ‘What’s the world we want to see?’, and then move the political conversation from there,” Masur said. “It’s a little bit of step one.”

“To protect our environment for generations to come, it is time we find a way to move on from using plastic bags,” Sims said in a statement with Rep. Solomon, in a memo announcing their plan to introduce the bill.

Mike Straub, a spokesman for the Pennsylvania House Republicans, said it was too early to say whether GOP lawmakers would support the bill. There have been no bills so far this session to prevent state or local bag bans, as in some other states.