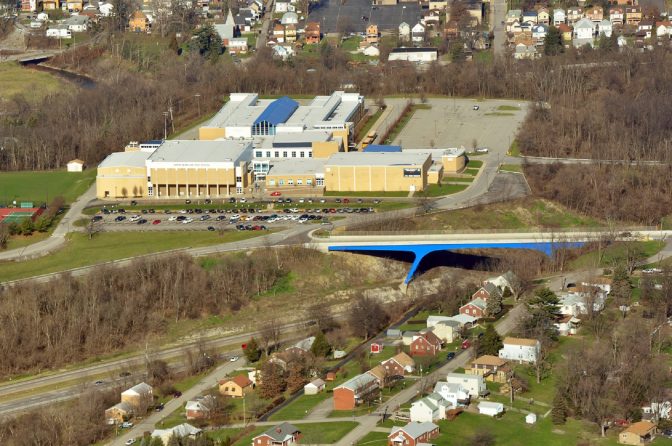 The Pennsylvania Department of Health is looking into whether there is a cancer cluster in a Washington County school district.

The health department says there have been four cases of Ewing sarcoma in the past decade in the Canon-McMillan School District. Ewing Sarcoma is a kind of tumor that forms in bone and soft tissue, mainly in children and young adults. There are only about 200 new cases a year in the U.S.

The disease is potentially fatal, but can be treated if caught early enough.  In 2016, a 19-year-old Canon-McMillan graduate died after a nearly three-year battle with the disease.

Department of Health spokesman Nate Wardle said the agency is reviewing medical records dating back to 1985 to see if the cancer rate in the area is abnormally high.

“We are looking into all cancers, which specifically includes radiation-related cancers by type, childhood cancer, and the Ewing’s family of sarcomas in Washington County and the Canon-McMillan School District,” Wardle said in an email.

“We have received calls from concerned members of the community, who were worried about the cancer risks to children in the area, and possible environmental risk factors. Some of those who contacted us mentioned historic radiation sources in the area, and this prompted us to analyze the radiation-related cancers, in addition to the Ewing’s family and childhood cancer in general.”

The district includes a former radium and uranium plant in Canonsburg. The former Standard Chemical Company processed radium from 1911 to 1922, and the plant was later a uranium extraction site contracted by the federal government. More than 200,000 tons of contaminated waste are buried at the site, which has polluted groundwater nearby. The site is monitored by the Department of Energy.

The district is also in one of the state’s busiest natural gas-producing areas — Washington County has nearly 1,700 Marcellus shale gas wells, the most of any county in the state. So residents nearby are concerned about whether there is an environmental cause for the recent cases, said Raina Rippel, executive director of the South West Pennsylvania Environmental Health Project, which tracks health complaints from residents near oil and gas operations. Rippel said her group has gotten calls from residents concerned about the potential for a cancer cluster.

“People see a lot of industrial development, they know the legacy pollution that exists in Canonsburg, and I think this raises a lot of fears,” Rippel said. “It especially raises concerns and fear for parents, knowing that this is really a pediatric cancer.”

Wardle said there were no new cases reported in 2017, the last year for which data were available. Results from the study will be published in the next month, he said.

Kevin Jones, a surgeon and sarcoma specialist at the University of Utah and the Huntsman Cancer Institute, said there’s no proven link between the disease — which is the result of two chromosomes “swapping” genetic material — and environmental factors, like radiation or chemicals.

“It’s a little bit hard to imagine that an environmental insult could be a primary driver of Ewing sarcoma,” Jones said.

He said “a lot of people have tried” to determine what causes the disease, without much success.

“Mostly the conclusion has been this is…just a random event,” he said. “It’s a very specific result of a random event. And so it’s kind of like if lightning strikes in this specific spot, then this is what happens.”

Gary Schwartz, chief of hematology oncology at Columbia University’s School of Medicine and The New York Presbyterian Hospital, said studies have been inconclusive on whether chemicals or pesticides can cause Ewing sarcoma. But he said environmental factors could play some role in the genetic “mistakes” that lead to Ewing sarcoma.

“There is an established chromosomal abnormality that’s not inherited — it’s acquired, it must be caused by some environmental factor. We just don’t know what it is.”

Schwartz said the four cases in Washington County were “an unusual number” in a “relatively short” time span.

“That is more cases than you would expect in a small area, though it is over a ten-year period. So I guess it’s possible that it could be unrelated to environmental exposure as well. Just bad luck in the neighborhood. I can’t explain it.”