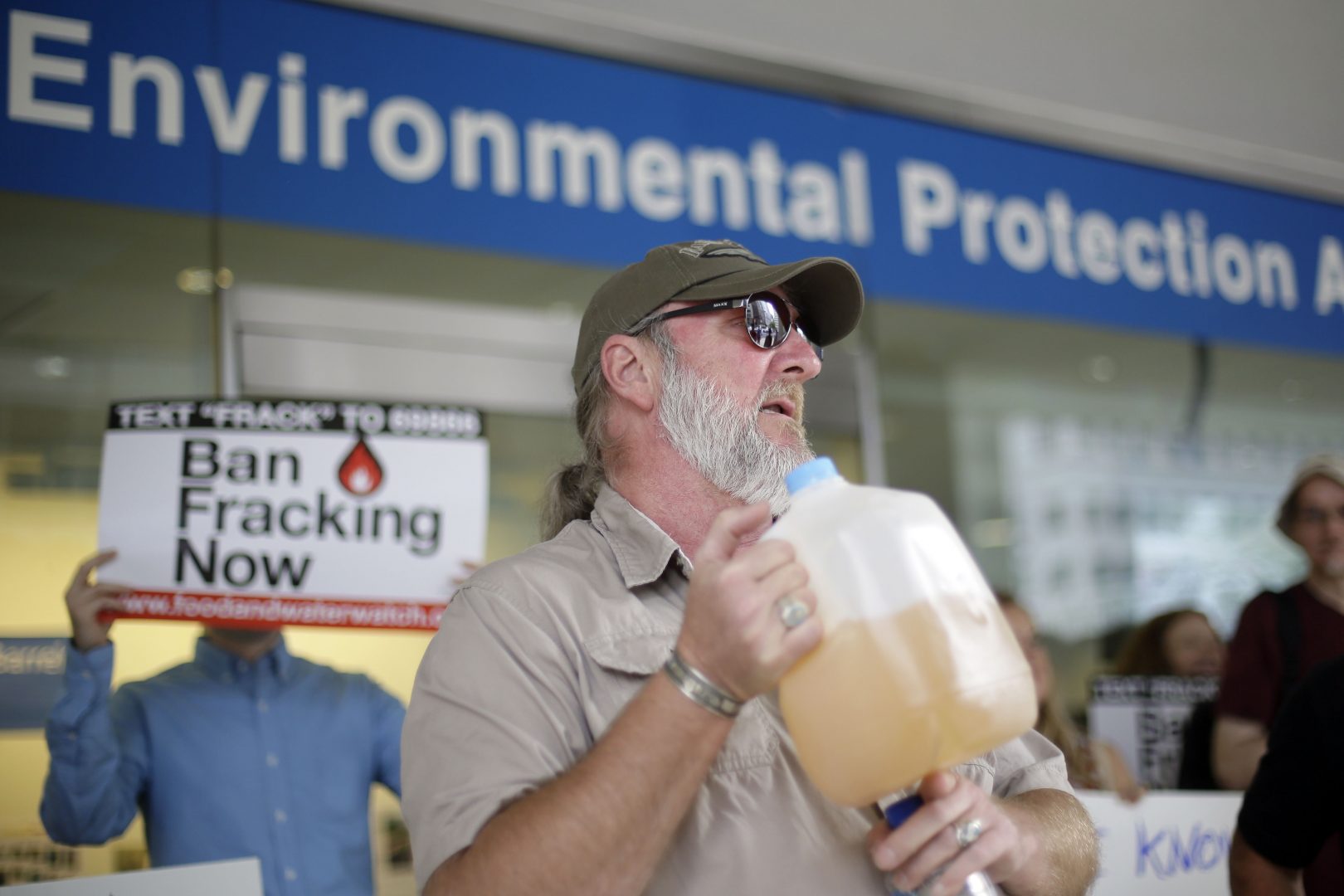 A gas driller is escalating its campaign against a Pennsylvania homeowner who’s long accused the company of polluting his water, demanding that he be thrown in jail over his failure to submit to questioning as part of the company’s $5 million lawsuit against him.

In court papers filed this month, Cabot said Kemble had skipped two depositions in the case, and asked a judge to hold him in contempt and put him behind bars until he meets with the company’s lawyers. Kemble, who has said he has cancer, said he was unable to go the depositions because of his poor health. A hearing is scheduled for Monday.

Kemble, who has traveled the country speaking about his experiences with the gas industry, didn’t return a phone call seeking comment. But an environmental group that has worked with him for years blasted Cabot’s aggressive posture.

“To try to put a man like Ray Kemble in jail speaks volumes about the decency of this industry,” said Scott Edwards, an environmental lawyer at Food & Water Watch. “It’s an outrage.”

Cabot contends Kemble and two of his allies — whom the company is also seeking to depose — have “made a mockery” of the court and “conspired to derail this litigation and conceal evidence.” It called Kemble a “paid mouthpiece and jug carrier for national anti-industry activist groups.”

The vitriol is nothing new in Dimock, a tiny crossroads in the heart of the gas-rich Marcellus Shale rock formation in northeastern Pennsylvania. It became a major battleground in the national fight over shale gas drilling and fracking after Kemble and more than a dozen other residents sued Cabot nearly a decade ago, contending the company had polluted their water supplies. Cabot denied the claims but settled the suit.

Separately, Pennsylvania environmental regulators held Cabot responsible for fouling residential water wells and prohibited it from drilling in a 9-square-mile area of Dimock, a ban that remains in place despite Cabot’s attempt to lift it.

“The water contamination here, the diesel fumes, the 24×7 truck traffic, noise and light, and now this harassment, all at the hands of Cabot have literally ruined my life,” he wrote last September in a letter he tried delivering to the judge overseeing his case.

Federal government scientists went to Dimock in 2017 to test the water for methane and a range of chemicals but are still analyzing the results. The Agency for Toxic Substances and Disease Registry intends to release a public report on the findings.