Residents pack a Franklin Park borough council meeting Wednesday night in anticipation of a vote on whether to allow natural gas drilling under a park.

Pittsburgh suburb says no to drilling under park 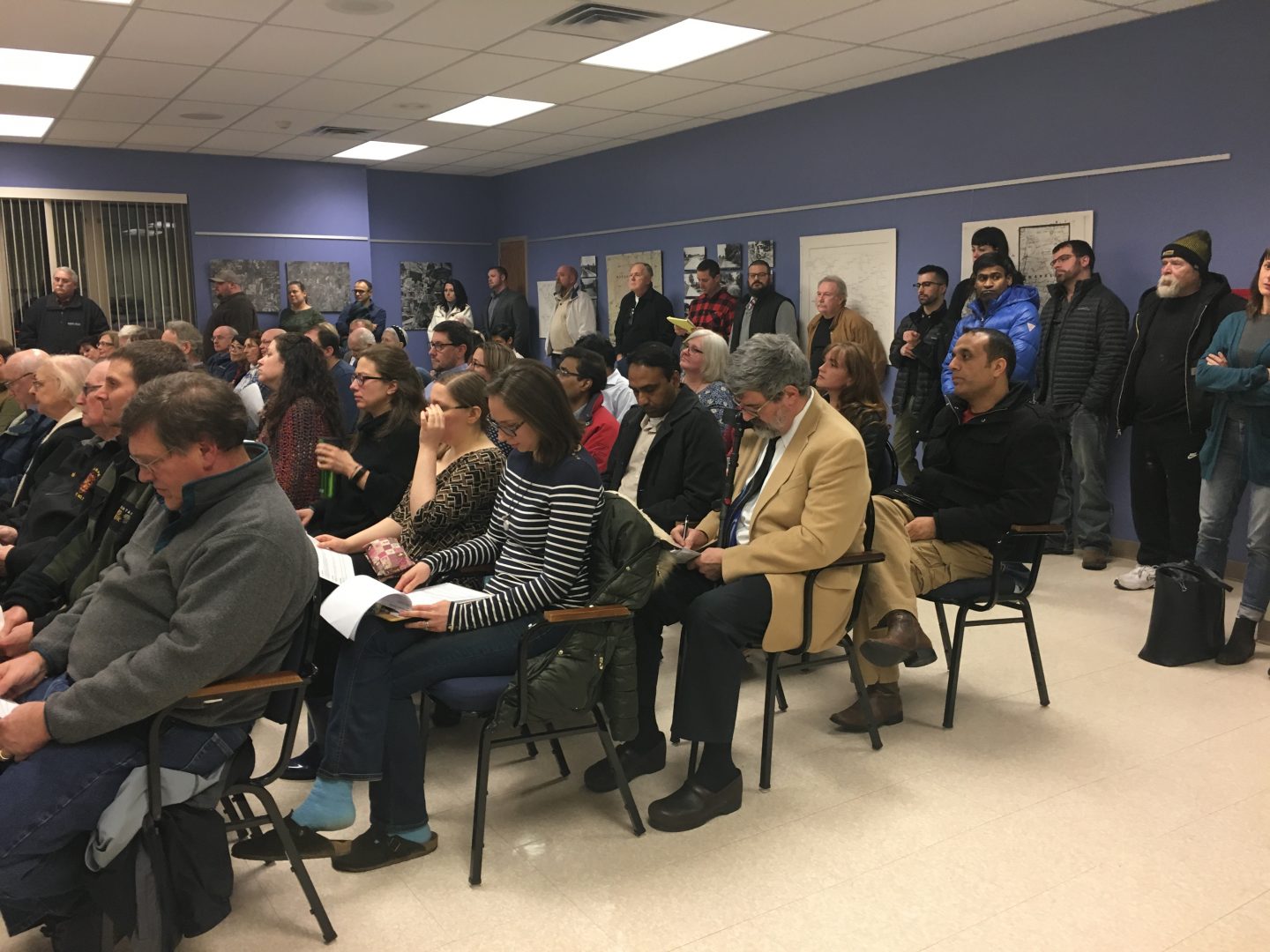 Residents pack a Franklin Park borough council meeting Wednesday night in anticipation of a vote on whether to allow natural gas drilling under a park.

A Pittsburgh suburb has rejected a proposal to allow drilling for natural gas under a local park.

The Franklin Park borough council voted 4-2 Wednesday against signing a lease with PennEnergy Resources. The company wants to drill from a well pad in the neighboring community of Economy into Franklin Park.

If the borough had approved the proposal, the company could have drilled wells that extend horizontally underground below Linbrook Park, a local green space with soccer fields, baseball diamonds and a disc golf course.

PennEnergy can still drill in the vicinity, but it will have to go around the park in areas where it has signed leases with private mineral owners.

Numerous residents on both sides of the matter voiced their opinions in front of the council, including Monday at a hearing and again Wednesday. No council member made a comment before the vote.

When the council rejected the lease late Wednesday night, the room erupted in applause from those who opposed drilling.

“So many people in Franklin Park were so motivated, so engaged with the community that they came forward and spoke their minds,” longtime resident Cynthia Navadeh said after the vote. “That’s a level of energy and care for the place we live that, although I don’t like the cause of it, is wonderful to see.”

Franklin Park is the latest example of a Pittsburgh suburb grappling with shale gas development.

Many Franklin Park residents spoke out against the proposal to drill under Linbrook Park, saying they worried about environmental and health problems associated with fracking.

PennEnergy’s vice president of land, Zach Dixon, addressed those concerns in front of the council.

“The company does not believe we have the right to pollute the environment in pursuit of commerce,” he said.

Other residents urged the council to sign the lease. Some residents leased minerals to PennEnergy and wanted to make sure drilling would occur below the park so that wells would reach their property.

Several said the community could put the money it would receive from PennEnergy to use.

“These moneys could be put back into our park system without using tax dollars,” said Virginia Komer, a 42-year borough resident who said she intends to sign a lease with PennEnergy.

The lease the borough rejected would have covered 81 acres and, under its terms, the company would have paid the borough $283,500 plus royalties from natural gas production under the park.