A photo of a Delmarva bay in spring shows the wetland flooded. In summer and fall this same wetland is dry. This isolated wetland fell under Obama's Waters of the U.S. Rule. Under a Trump administration proposal, federal protection for many wetlands would be removed. 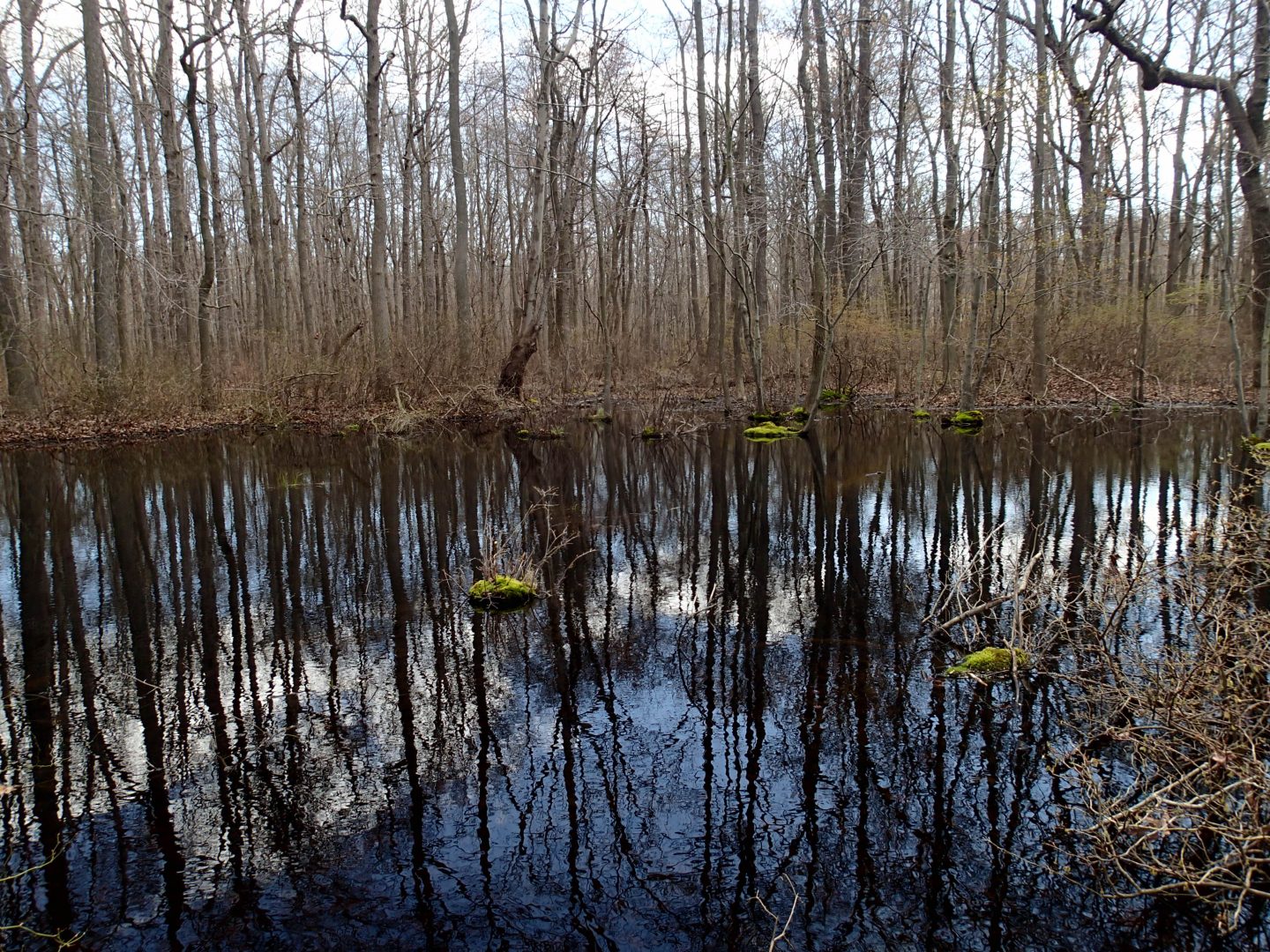 A photo of a Delmarva bay in spring shows the wetland flooded. In summer and fall this same wetland is dry. This isolated wetland fell under Obama's Waters of the U.S. Rule. Under a Trump administration proposal, federal protection for many wetlands would be removed.

Signed by President Barack Obama in 2015, the Waters of the U.S. rule — sometimes referred to as WOTUS or the Clean Water Rule — clarified and expanded government oversight of waterways covered by the Clean Water Act. It regulated runoff from pesticides and fertilizers into “intermittent streams”— which run only during or after a rainfall — as well as contamination of many other waterways and wetlands that had not previously been regulated under the law.

But under the new rule, Clean Water Act regulations will apply only to major, navigable waterways, the tributaries that feed into them, and adjacent wetlands, along with certain lakes, reservoirs and ponds.

But condemnation by local environmental leaders was swift.

“The Trump administration’s proposal to roll back federal rules on clean water abandons our moral obligation to protect the environment for our children and grandchildren,” said New Jersey’s Department of Environmental Protection Commissioner Catherine McCabe in a statement. “It creates a ‘race to the bottom,’ encouraging states to loosen their own regulations and penalizing those that truly protect their residents and public health.”

Other environmental groups called it a step in the wrong direction, especially in Pennsylvania, where industry has threatened streams.

“These are the very bodies that overdevelopment and the oil and gas industry — especially looking at pipeline construction — has heavily impacted,” said Myron Arnowitt, Pennsylvania Director for Clean Water Action

“These are significant water bodies,” he said. “Even though they don’t look like the significant ones. But it’s kind of like capillaries in your body. They’re very tiny, but there are so many of them that that adds up to being a significant amount of water.”

About 40 percent of Pennsylvania’s streams are either intermittent or ephemeral, two categories the new rule would not cover.

But farmers and property developers had decried WOTUS as federal overreach. Farmers, in particular, complained that the Obama-era rule was too broad and created confusion over when they needed permits from the EPA. WOTUS did provide some exceptions for farmers.

Randy Noel, chairman of the National Association of Home Builders, applauded the new rule in a statement, saying the new rule “will protect our nation’s waterways without adding needless regulatory burdens that will hurt housing and other industries that depend on a predictable permitting process.”

WOTUS has long been a target of President Trump, who has steadily rolled back environmental regulations in his two years in office. He spoke about WOTUS on the campaign trail and in office and made repealing it a priority.

Both the previous incarnation of WOTUS and the proposed one aimed to clarify a longstanding question in water regulation: Which bodies of water can be regulated under the Clean Water Act?

The Clean Water Act, passed in 1972, made it illegal to dump pollutants into waterways without a permit from the EPA. But legal circles have argued for decades over which waterways were covered by the law. An opinion by late Supreme Court Justice Antonin Scalia in 2006 called for a stricter interpretation, applying the law only to permanent waterways. That is the tack the Trump administration has taken, leaving regulation of the smaller water bodies to states.

But Arnowitt said that puts undue pressure on states, which are already scrapped for resources.

“By removing federal jurisdiction, Pennsylvania is in the position of either forgoing protection, or you’re putting the entire burden of protecting our waters on state taxpayers,” he said.

The public has 60 days to comment on the new rule, which is expected to face legal challenges.